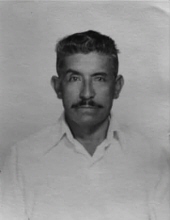 Salvador Vázquez, 92, passed away on September 25, 2020. On October 31, 1927, he was born to Maximiano Vázquez and Isabel Rodriguez in Yurécuaro, Michoacán, Mexico.

He was the fifth of six children, Antonio Vázquez, Luis Vázquez, José Vázquez, Maria Vázquez, and Socorro Vázquez. Salvador was the last remaining living member of his family. He was raised in Pajacuarán, Michoacán, where he met his wife of 71 years, Lidia, and married her in 1949.

Salvador became a legal citizen of the United States through the Mexican Farm Labor Agreement, also known as the “Bracero Program.” After arriving in Los Angeles he moved to Hollister, where he worked in the fields and San Benito Foods for over 35 years. He was loving, charismatic, and a devout Catholic who was loved by all.