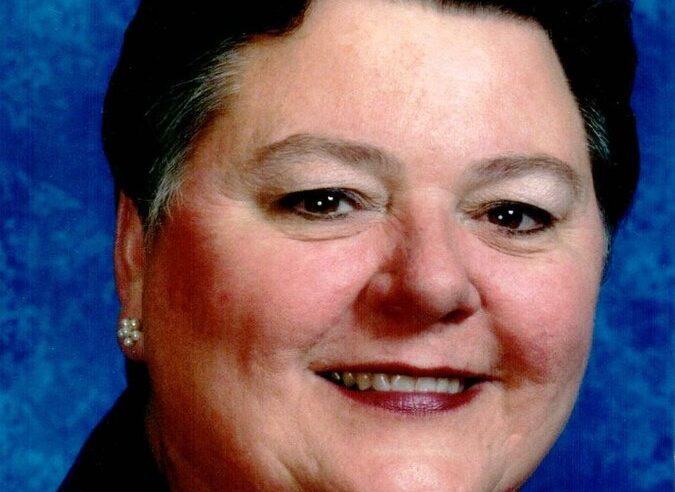 Dedicated educator and esteemed Past Grand President of the Native Daughters of the Golden West, Sharon Marie Johnston, passed away in her home in Hollister on Sunday, November 21, 2021.

Sharon Marie Johnston was born in Merced, California on May 19, 1949, to Eleanor (Pinasco) and Harvey Johnston. She was reared in San Juan Bautista and received her early education in the local schools. In 1967, while attending Colegio Americana de Torreon in Torreon, Coahuila, Mexico, Sharon lived with and became part of the family of Dr. and Mrs. Alfonso Garibay Fernandez.

After returning to California, she received an Associate of Arts degree from Gavilan College, a Bachelor of Arts Degree in Communication Arts and Sciences from Stanislaus State University, and two Master of Arts degrees, in Mathematics and Education, from United States International University. She was trilingual in English, Italian, and Spanish.

In 1972 Sharon chose to share her knowledge and talents with children. She was known as “Miss J” and spent forty years teaching at Fremont School in Hollister and Tres Pinos Union School imbuing her students with the importance of education, and the benefits of discipline and decorum. In 1968, Sharon joined San Juan Bautista Parlor No. 179 of the Native Daughters of the Golden West. In addition to filling the offices of Vice President, President, and Past President, she served as the Parlor’s Recording Secretary for forty years, and multiple terms as the appointed representative for her District. In 1984 she was elected to the Board of Directors, and in 1990, at the Grand Parlor Annual Meeting held in Burlingame, Sharon was installed as the Grand President of the Native Daughters of the Golden West. During her term Sharon made seventy-seven official visits to the Order’s Subordinate Parlors and actively supported the work being done in their respective communities.

In June of 1991 Sharon presided over the Grand Parlor Annual Meeting held at the Cocoanut Grove in Santa Cruz. In the ensuing years she served as Chairman or as a member of multiple State Committees. Her skills as a speaker were honored by the community when she served as the Mistress of Ceremonies at three San Benito County events, to wit: a Naturalization Ceremony at which Congressman Sam Farr requested her mastery, the dedication of the new Superior Court Building and the dedication of the County Administration Building.

Sharon was an accomplished musician who shared her fine vocal talents at many events. She was an ardent supporter of the San Francisco Giants and the Golden State Warriors. Always an advocate for youth, after her retirement, she tutored children in reading and mathematics. Sharon was a member of the Immaculate Conception Catholic Community of Tres Pinos, El Gabilan Institute No. 72 of Young Ladies Institute, Zeta Epsilon Chapter of the Delta Kappa Gamma Society International, and San Juan Bautista Historical Society.

She is survived by her sister Cecilia Johnston of Hollister, the Garibay family of Mexico, many Pinasco and Johnston cousins, her Native Daughter Sisters throughout California, and the hundreds of students who she taught over the course of four decades.