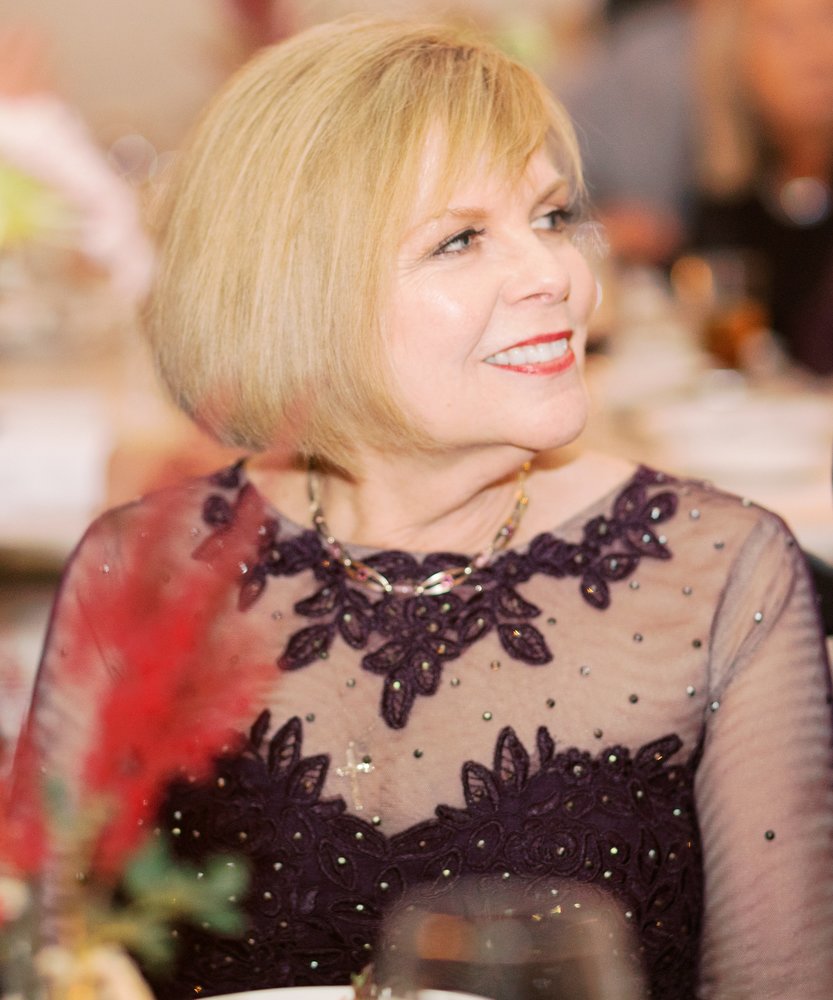 The daughter of William and Eleanor Wallace, Trudy was born on January 8, 1954, in Philadelphia, Pennsylvania. She grew up in Delaware County, Pennsylvania, and moved to Marlton, New Jersey with her husband after they married in 1976. After Jonathan and Matthew were born in 1980 and 1983, respectively, and after living briefly in Portsmouth, Rhode Island, Trudy and her family moved to Sunnyvale, California, where they lived until 2000. During her time in Sunnyvale, Trudy worked as a Project Manager at Corporate Design Strategies in Palo Alto, California, where she took great pride in her work and loved the challenging and exciting projects she worked on. Trudy was also very active in the Sunnyvale community and was heavily involved in their church, St. Cyprian in Sunnyvale. At St. Cyprian School where her children attended, Trudy spent a term as the President of the Parent-Teacher Group and also regularly worked on St. Cyprian fundraisers and content for the church’s bulletin. Through these activities, Trudy developed many cherished friendships that would last through the remainder of her life.

Trudy and her family then moved to San Juan Bautista, California in 2000, where she formed additional everlasting friendships. Also, during this time, Trudy frequently traveled with Gary to the Washington DC area. During these extended stays, Trudy’s love of history and enthusiasm for knowledge sharing led her to volunteer and become a docent at the Smithsonian National Postal Museum and National Portrait Gallery. More recently, Trudy and Gary spent the majority of their time back in California where Trudy lived the remainder of her life. Trudy loved the charming small town of San Juan Bautista and became an active volunteer/docent at Old Mission San Juan Bautista. She took great pleasure in immersing her tour guests in the rich history and artifacts of the Old Mission.

Trudy made a positive impact on so many people, and her family and friends will deeply miss her kindness, warmth, and energy. Family and friends are asked, in lieu of flowers, to please make a donation to the San Juan Bautista Mission Preservation Fund at: http://www.oldmissionsjb.org/preservation-fund