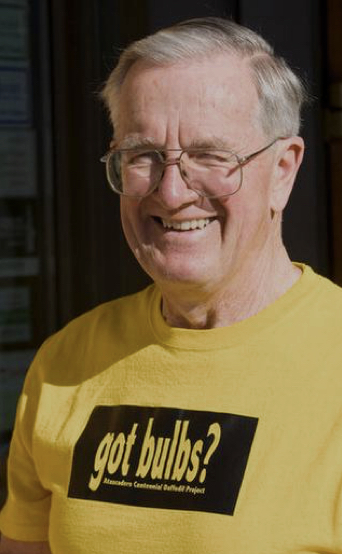 Lee was born in Prospect, Ohio to Benjamin F. and Betty L. (Roush) Swam who both preceded him in death. He died while in the care of hospice in Anaheim, California.

Lee attended LaRue school until his freshman year of high school when his family moved to Mansfield. He graduated with honors from Mansfield High School in 1959. He attended Mt. Union College in Ohio and joined the Air Force after college. The Air Force took him to California where he spent the rest of his life. He spent his entire working life in banking.

While Lee lived in Hollister, California he was very involved in community events and organizations. He opened a new branch of Great Western Bank and involved the local high school band and supporters on opening day.

Lee loved to volunteer and be involved in service organizations. He was a Boy Scout leader, Silver Beaver Award recipient and was always excited to hear of a boy becoming an Eagle Scout. He was incredibly involved with The JC’s and Rotary. He spent time volunteering for The Atascadero Zoo and The Museum of Natural History is Morro Bay.

Lee owned The Star Hotel at Lake Tahoe for about 10 years. He also owned and operated the Lakeview Bed and Breakfast for seven years after his retirement. He always enjoyed meeting new people.

Many will remember Lee for the pants and shirts that he folded out of $1 bills, often leaving these as a tip at restaurants. He loved thrift stores, flea markets, and yard sales, often finding just the right “gift” for all his family and friends. He also dressed as Jack Hannah and did impersonations at some events. Lee was in a few TV commercials and as an extra in a couple of movies. He was always fun to be around with his many stories and jokes.

The town of Atascadero, California was made more beautiful because of his 2013 campaign to plant one daffodil for each resident. To this day the city still asks residents to plant daffodils. The family asks that anyone reading this to also plant a daffodil in his memory.

Lee leaves behind his loving partner of 23 years Linda Kristenson, her daughter Britta and granddaughter Stella. His son Doug of Mead, WA and grandsons Westley and Gerrit of Santa Rosa, California. His sisters Wanda Barnhart of Bellefontaine, Ohio, and Joan Myers of Lake Wylie, South Carolina, along with many nieces and nephews.