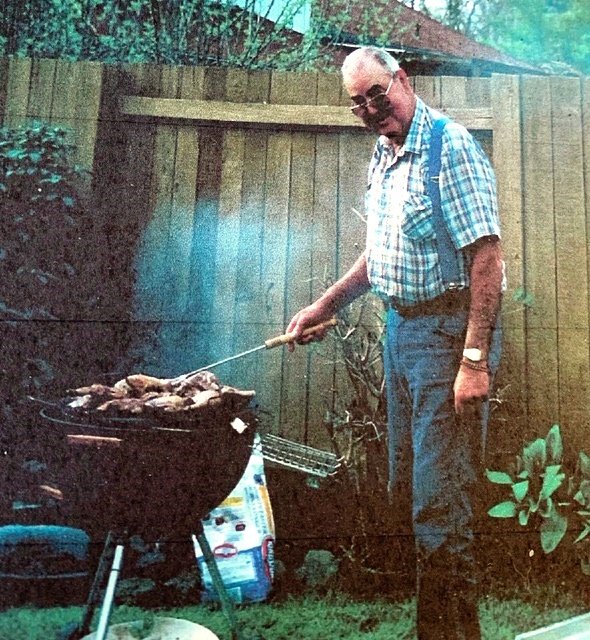 William John Fellom of Hollister, California, peacefully passed away on June 13, 2020, in his home at the age of 93. Bill was born to William and Dorothy Fellom on May 6, 1927, in Gilroy, California.

He was the oldest of three children, Wayne Fellom and Barbara Tuttle, who preceded him in death. Bill attended Gilroy High School until his senior year when he was drafted into the U.S Army. He served for a year and a half until he was honorably discharged in 1946. Bill met the love of his life Myrtis Thompson and they married October 4th, 1948. They made their home in Hollister and were married for 49 beautiful years. Myrtis passed away in 1997 after a long, fierce battle with cancer. Bill was employed by Mark Nicholson Construction for 27 years.

After his retirement, he worked for three more years for Hollister High School until he officially retired at 62. Bill lived life to the fullest. His passion for deer hunting led him on trips to Colorado, Wyoming, and his beloved high top ranch in the Hollister mountains. Bill’s other passion was fishing. He enjoyed many trips to Fish Camp and salmon fishing at Monterey Bay. Bill’s favorite hobby was breeding and raising black angus cattle. He enjoyed this for over twenty years.

Bill was best known for his big heart and love of animals. During his lifetime he had several beloved pets. These included hunting dogs, birds, cats, and a horse. Bill was loved by everyone he met. He had a kind heart and will be greatly missed.