Continued improvement and outpacing of the state in many categories are encouraging signs, as the district works to give students the most options upon graduation 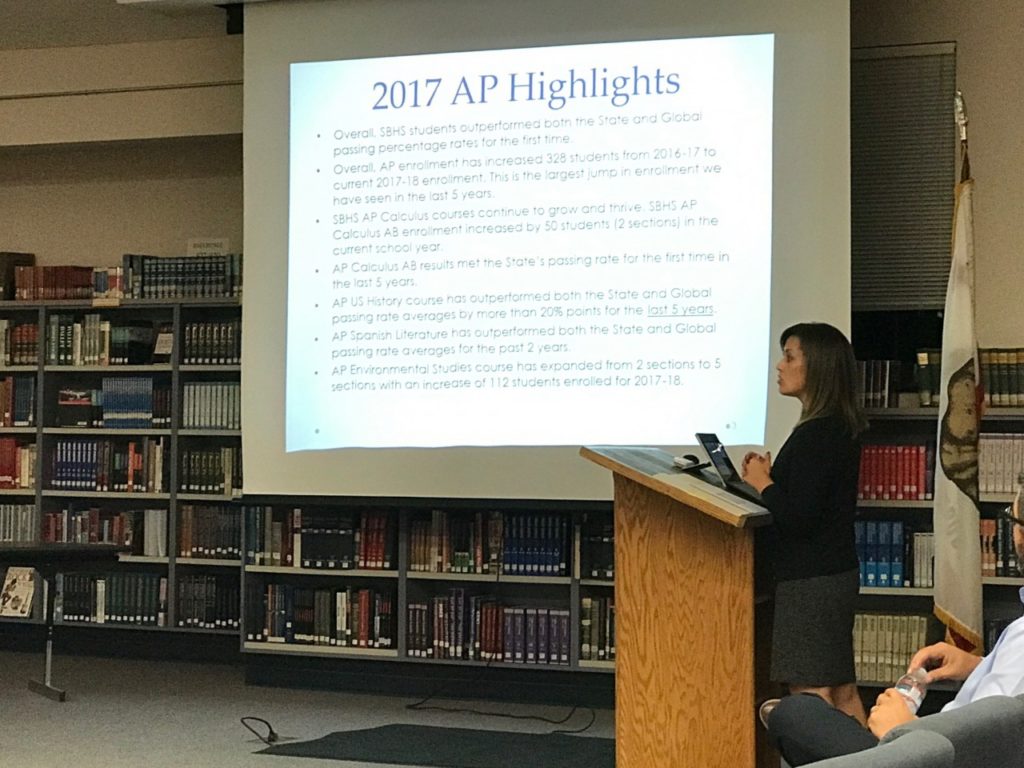 We are proud to report that the three-year trend results in the computer-based SBAC testing show that 64 percent of SBHS students met or exceeded English Language Arts proficiency levels in 2017, up from 59 percent in 2016 and 48 percent in 2015— the first year the test was offered. Those local scores outpaced the state numbers by 4 percent. Math scores also continued their climb in our school, equaling the state’s numbers with 32 percent of Baler students meeting or exceeding proficiency levels last year, a jump from 25 percent the year before and 20 percent in 2015.

San Benito’s test score improvement continued last academic year with Advanced Placement testing, in which our students for the first time outperformed both the state and global overall passing rates. This has occurred as enrollment in AP Statistics courses on campus has grown from 136 students in 2015-2016 to 157 this year. Enrollment has also increased in AP Calculus AB and BC courses and both the percentage and number of Baler students meeting the SAT math benchmark increased over the past year, slightly outpacing the state average.

In addition to the improved standardized test scores, San Benito High School’s graduation rate has increased from 95 percent in 2013-14 to 98 percent in 2016-17 — another mark above the state average.

While all of this academic progress should be celebrated, we know there is more work ahead to ensure that all students demonstrate a mastery of standards through testing. The entire district is committed to this cause, knowing that it takes a community effort of the district Board of Trustees, administration, teachers, support staff and parents.