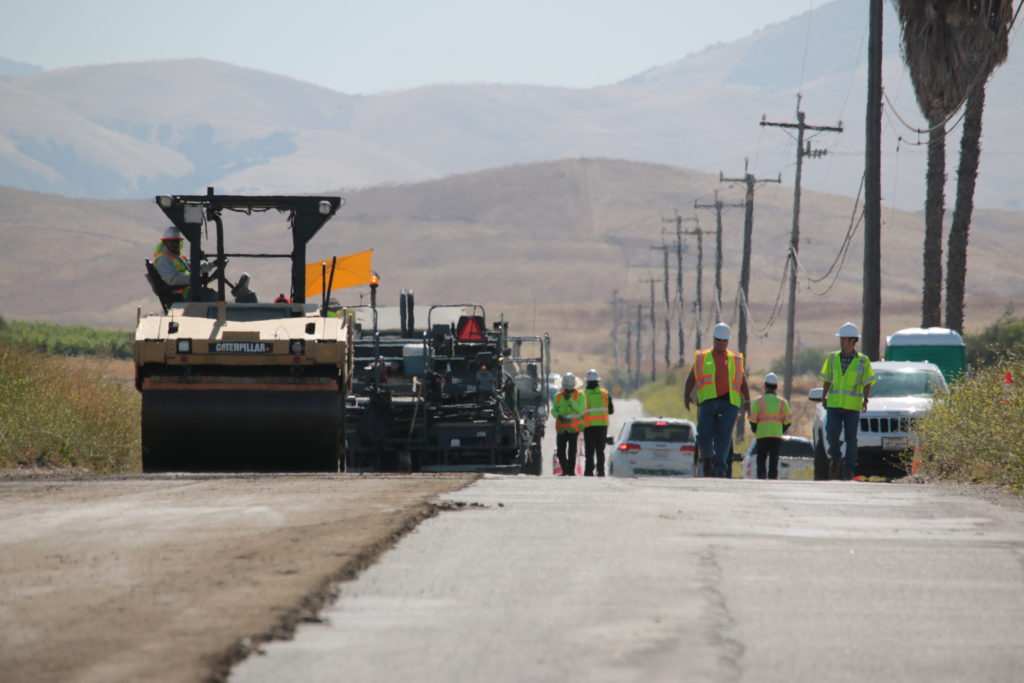 County supervisors decided against the realignment of John Smith Road in favor of repairing the last half-mile section. Graniterock crews worked on repaving the road July 8. Photos by John Chadwell.
×

In an instance where the squeaky wheel, in the person of Heatherwood Estates’ resident Barbara Taddeo, may have nudged the county into finally taking action, Graniterock showed up en masse the morning of July 8 to recycle and rebuild a half-mile portion of John Smith Road at a cost of $315,600, according to Supervisor Jim Gillio.

Most of the work will be completed later in the afternoon and the road will be reopened to traffic, said Livrado Esparza of Graniterock.

The condition of the road was so poor, a thin slurry seal wasn’t going to fix it. As workers directed traffic around the work site, a linked caravan consisting of a water truck, an oil truck, a mammoth crusher, and a concrete spreader worked its way slowly toward Fairview Road, cutting away four inches of existing asphalt, then spreading it back on the ground to be compacted by a heavy roller. The process is called recycle in place.

“After they take four inches they use a concrete spreader as the water truck injects water into the grinder,” Esparza said. “There’s also an oil truck and they mix it all together. Then, on Friday [July 12], they will put an asphalt overlay on top. Then it’s a new road.”

Taddeo had complained numerous times to San Benito County government about the road. She last spoke at the March 19 San Benito County Board of Supervisors meeting about what she saw as a lack of progress and reminded supervisors of the many flat tires and damage to vehicles she and other residents experienced.

John Smith Road had already been partially repaired from the John Smith Landfill just past Heatherwood Drive, leaving the final half-mile for a planned $2.7 million realignment to intersect with Fairview Road at the intersection to St. Benedict Catholic Church.

Because of species protection issues related to fairy shrimp and the California tiger salamander, Supervisor Anthony Botelho said at the March 19 meeting that the California Department of Fish and Wildlife valued the animals more than humans.

“With that said, we ought to be utilizing the funding we have as efficiently as we possibly can,” Botelho said at the time. “I think we can free up more funds to do more paving elsewhere rather than spend millions of dollars mitigating fairy shrimp.”

County Administrative Officer Ray Espinosa said funds from Waste Connections were already in place for the realignment, amounting to more than $300,000. Gillio elaborated.

“The county has a contract with Waste Connections,” Gillio said. “The revenue that is generated is kept in a separate fund, the enterprise fund, for impacts related to the landfill, which is paying for the John Smith Road repave.” 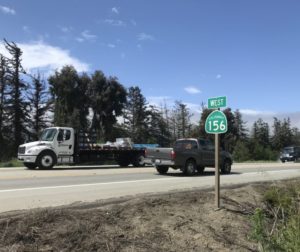 COG seeks community input on the 2022-2045 long-range plan that guides transportation investments for all forms of travel, including motor vehicle, transit, bicycle, and walking. 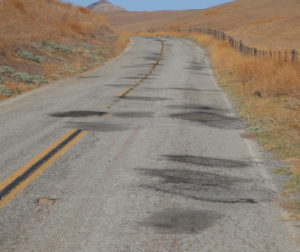 But Hollister, San Juan Bautista and the county will receive $2.4 million for road repairs and maintenance this year.