The first of two video recording-enabled spaces opens at the police station. 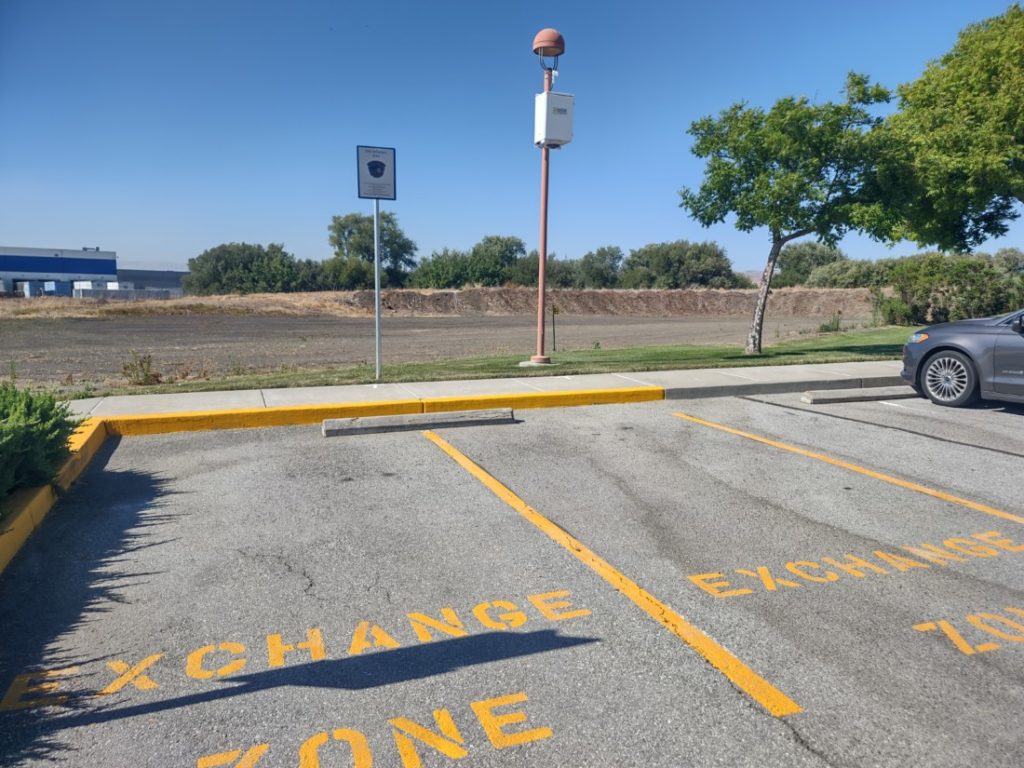 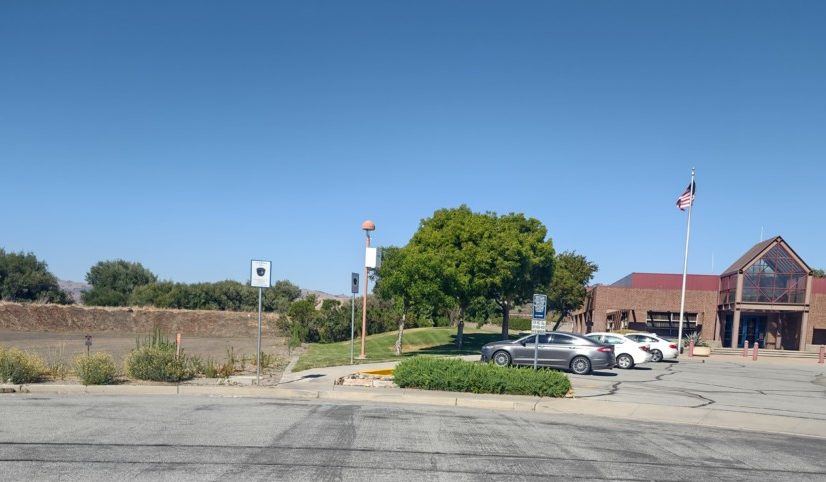 Hollister Police Department has activated a Safe Exchange Zone in the front parking lot of police headquarters at 395 Apollo Way.

The zone has audio and video recording and provides a place for people to safely meet. It can be used by parents to exchange children under custody orders. It can also be used to exchange property sold or purchased online to ensure a smooth transaction.

According to HPD’s Facebook page, “the recording helps guarantee that both sides remain civil, acts as a deterrent for threatening words, violence or inappropriate conduct.”

Police Chief Carlos Reynoso told BenitoLink that the police will not be monitoring the cameras live 24/7 but would be recording all the time and recordings could be used if a criminal complaint is made. He added that if people know they are being recorded it might prevent them from behaving badly including what they say. He said the camera is also capable of reading vehicle license plates.

Community members responded to the Facebook post with replies such as, “Excellent idea. A very positive and proactive improvement for people’s safety.” “Thank you to all who made this happen.” “Finally a smart idea! I needed this 6 years ago.” “Can the courts order the exchange at this site or is it just optional?” “Sucks we live in a world this has to be a thing but so happy we have one in our community. Great job looking out HPD.”

The department’s Facebook page gave special thanks to Hollister City Councilman Tim Burns, “who brought up the idea of installing these around town, and City Manager Brett Miller, who authorized money we saved in last year’s budget to purchase and install the equipment.”

Burns brought the idea to the council after seeing the system set up in other jurisdictions. He told BenitoLink he knows of many child custody exchanges happening in restaurant or store parking lots and residents arrange online purchase exchanges with strangers. He believes a video/audio recording site should be much safer.

While he believes most of these exchanges are safe, he said, “If we prevent one crime it has paid for itself.” He noted that if someone does not want to meet at a safe exchange spot that should raise a red flag.

Miller said funds were available because the police department came in under budget in the last fiscal year. Though he could not recall how much the system cost he said it was “very reasonable for the safety it provides.” He said he believes this is a great way “to keep the community safe. Transactions can go bad and having a camera that also has voice can help keep transactions safe.”

Reynoso said a second exchange zone is planned for the other side of the city at Fire Station number 2, at Valley View and Hwy 25. Reynoso did not have the exact date but said it will happen soon.