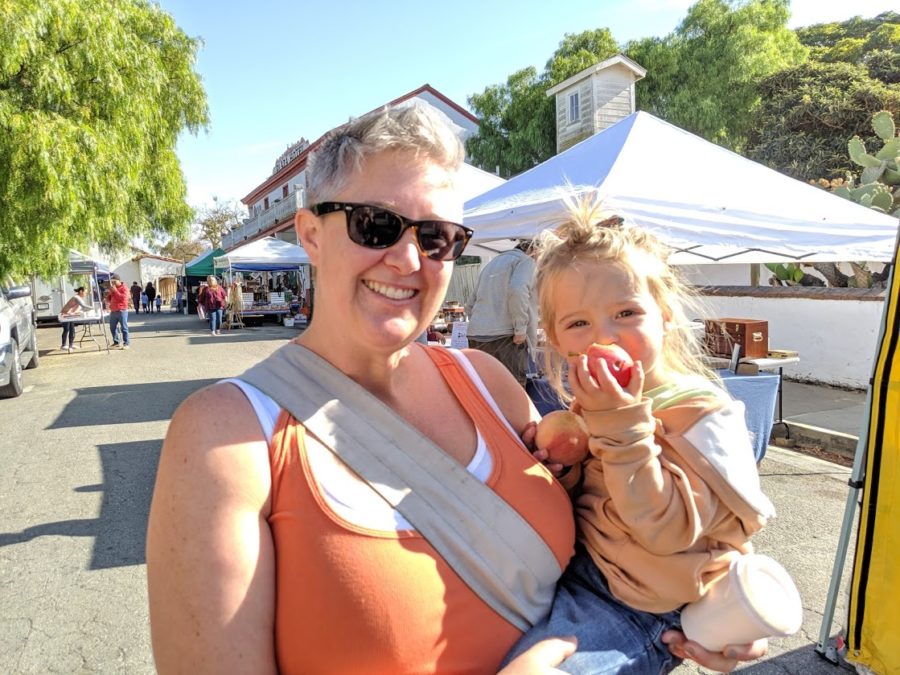 Elizabeth Cota of Hollister came to the farmers' market in San Juan Bautista with her daughter Naima. Photos by Becky Bonner. 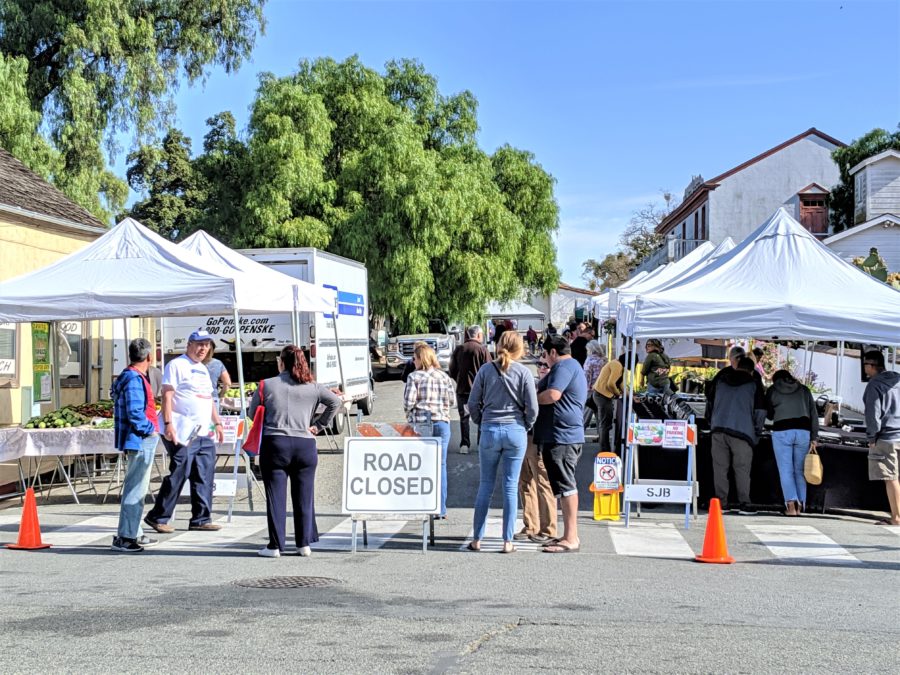 The Sunday market takes place on Mariposa Street near the Mission. 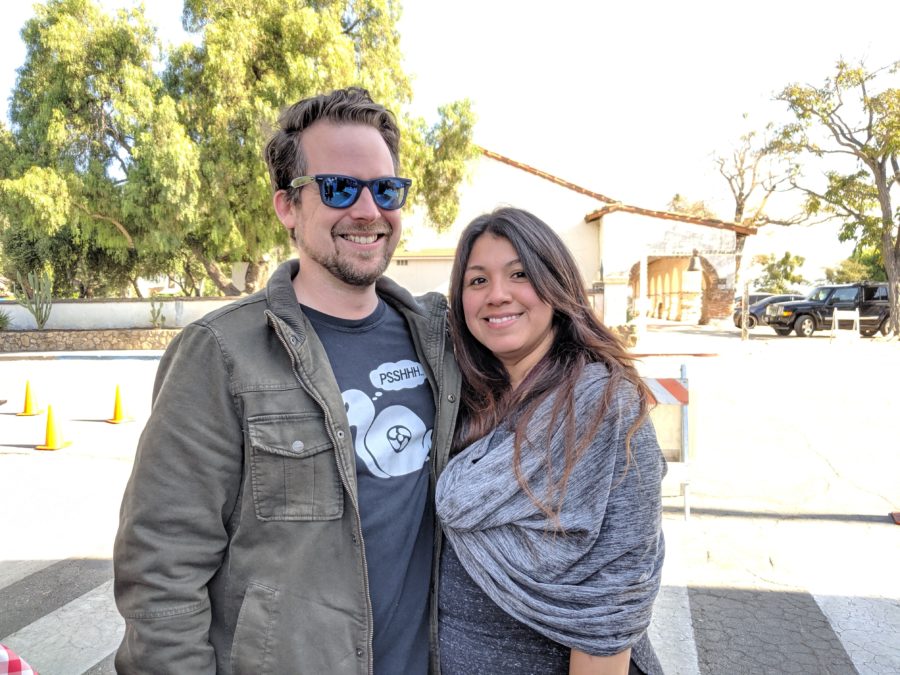 Ohio residents Michael Smith and Lydia Garcia took a moment to stop at the market while driving from Santa Cruz to Yosemite. 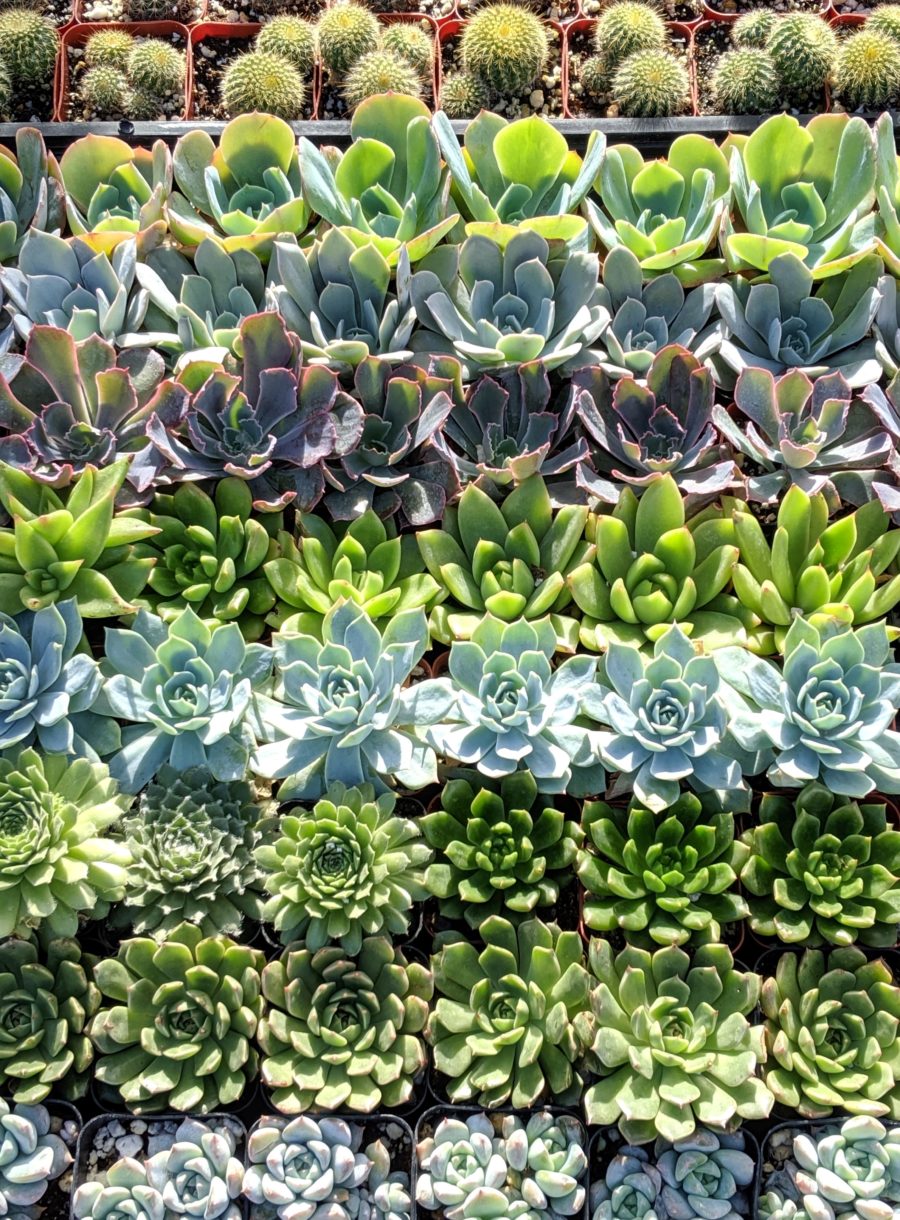 Plants for indoor and outdoor gardens were for sale. 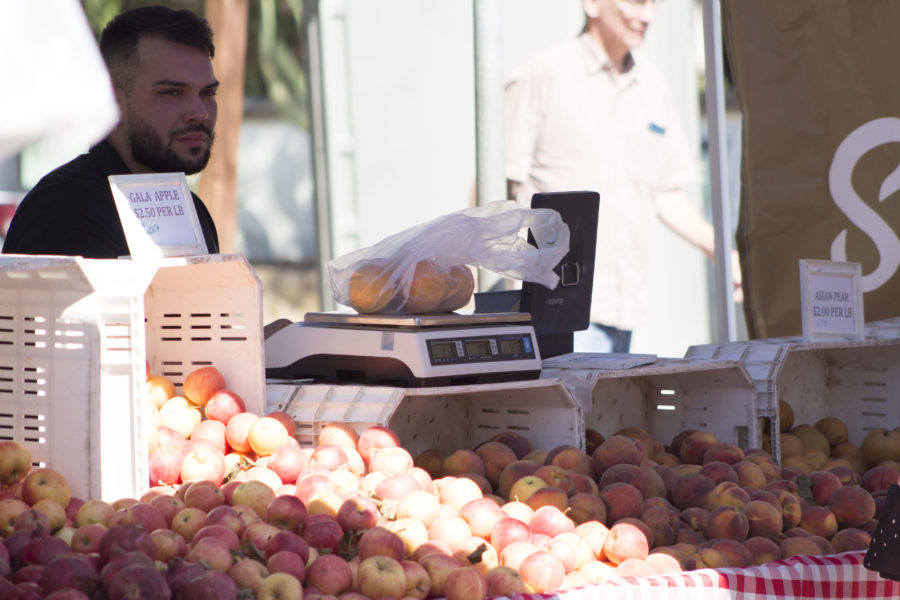 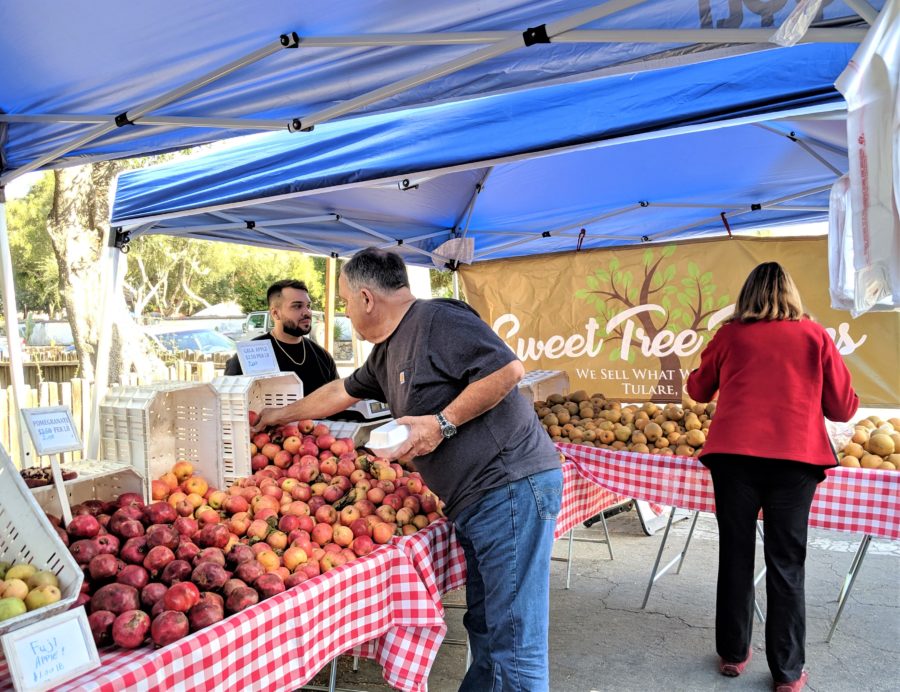 Andrade said, "You get to meet a lot of new people." 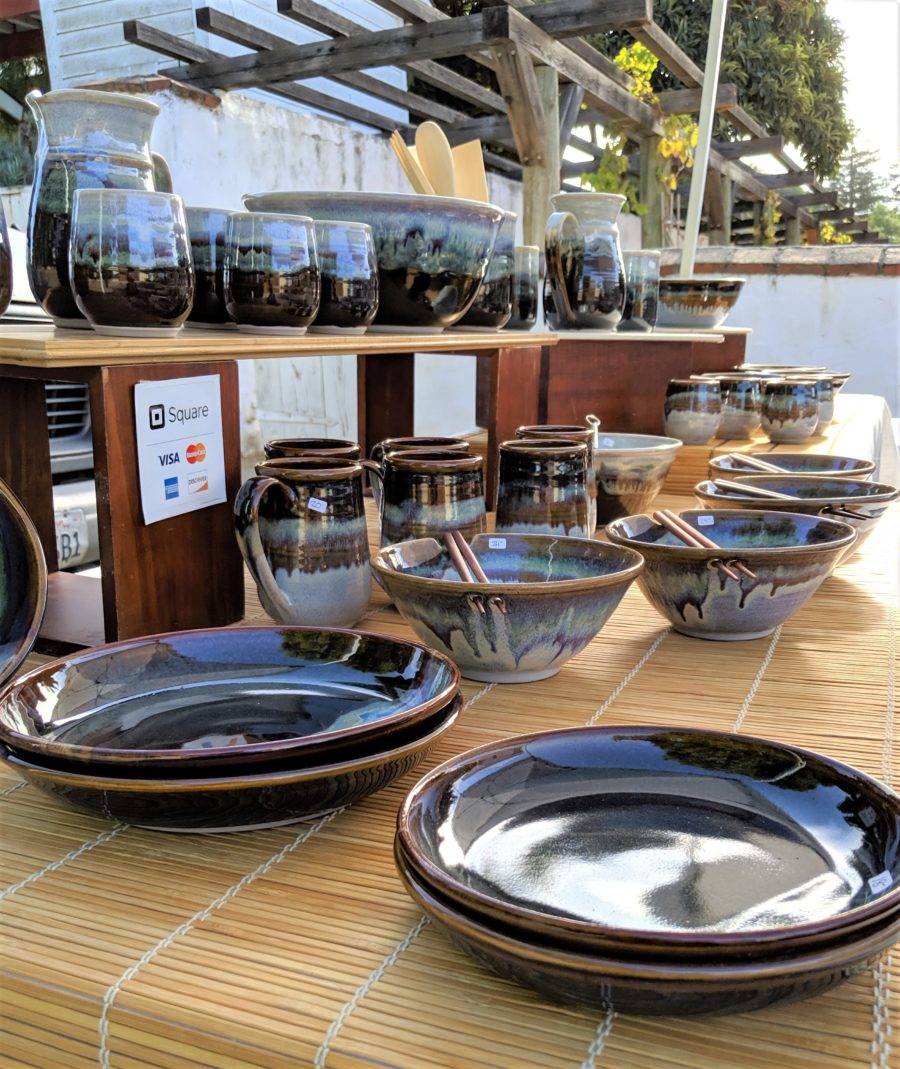 Carmel Valley resident Jennifer Long Klein had her pottery for sale at the market.
×

San Juan Bautista kicked off its long-awaited farmers’ market in downtown on Oct. 13. People browsed and shopped on Mariposa Street next to the Old Mission San Juan Bautista from 9 a.m. to 2:30 p.m.

Michael Smith, 32, and Lydia Garcia, 35, learned of the market while stopping in San Juan Bautista en route from Santa Cruz to Yosemite. Currently residents of Ohio, both were struck by the setting of San Juan Baustista and the welcoming community they encountered.

“It is interesting to see how everyone talks to everyone,” Smith said. “Everybody is super friendly.”

On walking through town, Smith said, “I thought it was like what a Hollywood movie would depict in a western scene. It is quaint and has a nostalgic feel.”

Garcia summed it up simply by saying, “I love it.”

For locals such as Hollister resident Elizabeth Cota, 34, the Sunday market provided an additional opportunity to purchase fresh produce in the county.

“Hollister doesn’t have a year-round farmers market,” Cota said. “Pinnacles Farm is great, but sometimes I don’t want to spend my Saturday morning there.”

Cota hopes the market will expand its offerings.

“I hope they get more local vendors and more vegetable and fruit choices,” she said. “It’s the first one so I will keep coming to check in.”

Jerry Lami, organizer with the West Coast Farmers Market Association, said he plans to gradually add more organic produce and other vendors to the San Juan market. The association organizes about 15 markets in places such as San Jose, Milpitas, Stanford, Foster City, Brisbane and Salinas.

Lami said it was important to start with a “soft opening.” With about a dozen vendors the first day, he said there would be an additional six vendors the following week. The market will continue to grow until the street is full.

“It’s a catch 22 with farmers’ markets,” Lami said. “If you bring too many vendors the first day and the sales aren’t there, they think they had a bad day and they want to quit. If the residents don’t see enough vendors then they don’t want to come back so you try to grow slowly.”

Among the produce booths present was Sweet Tree Farms of Tulare. Though he’s only worked for the farm a short time, employee Christopher Andrade, 25, said he was excited to meet new people and learn about other cultures at markets like San Juan’s.

Another interesting aspect of working at a farmers’ market, Andrade said, comes from interacting with other produce vendors and farmers. Through these exchanges, he said he’s learned more about the industry itself.

The market also drew vendors hoping to sell products including household plants and crafts. Jennifer Long Klein, 64 of Carmel Valley, was excited to participate. She’s been creating pottery for sale since 1980.

It was the first in what is hoped to be a weekly market.

As Brewery Twenty Five co-owner Fran Fitzharris posted on the “What’s Going On In San Benito County” Facebook page, “It may start small, but together we’ll help it grow into something special for the community.”

Noe Magaña contributed to this article.