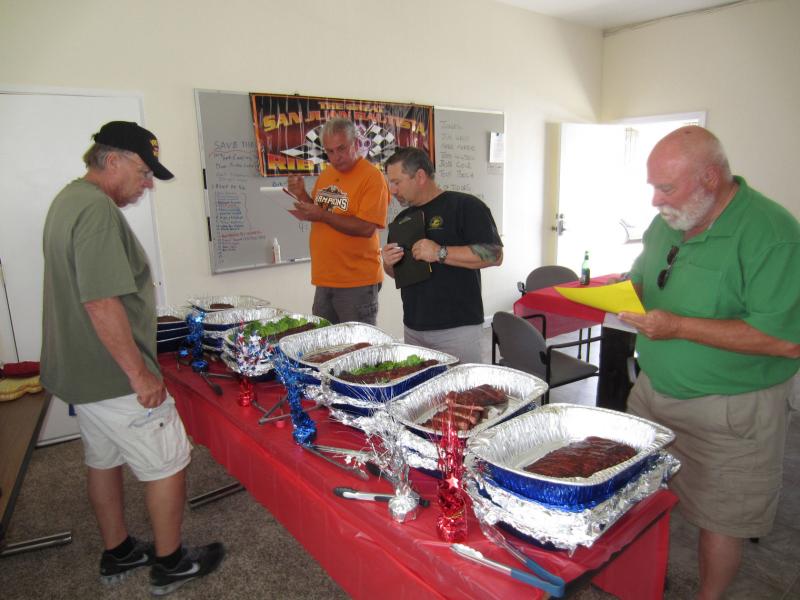 The annual City of San Juan Bautista Rib Cook-Off, put on by Williams, LTD on May 17 and 18, was by all appearances better attended than past years' events.

This year Williams added two new teams to the mix for a total of eight “ribbers”, which gave the five judges plenty of ribs to appraise.

Along with a plethora of ribs and fixins to eat, other vendors brought a variety of festival-style food. Streets were also lined with arts and crafts booths. Local restaurants and bars were packed and local merchants gave mixed reviews about the increase or decrease in activity as compared to an average weekend.

This years competitors were:

Judges this year for the event were Vice Mayor Tony Boch and local residents Mark Moreno, Todd Wilson, Robert Cole and Jim West. Every year, the judges vote for the best ribs and the best sauce separately by evaluating several sets of criteria such as color, texture and, of course, taste.

The contestants also receive votes from folks on the street, who fill out ballots and turn them in to be counted.

This year’s judges' winner,  Matt Grime of Fox and Hound, was a newcomer to the event and was ecstatic about winning first place in the ribs category and second place for his sauce. He estimated that by the end of the weekend hihs team cooked around 400 racks of ribs. Others competitors reported similar numbers, while Carson City estimated that they cooked some 975 racks.