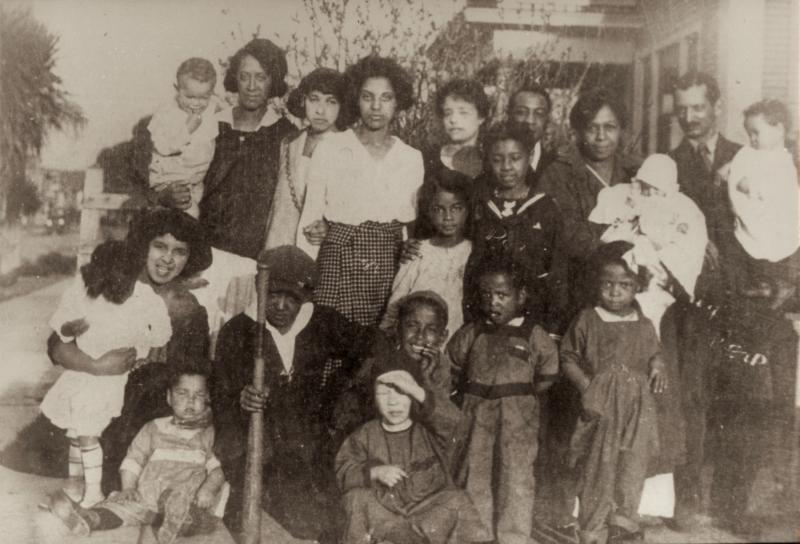 All in the Family

I had an interesting conversation with Kitty, from Vertigo Coffee the other day. She told me that she had a suggestion for something that I might write about. She mentioned that there might be something about the way that people get tangled up in trying to be politically correct in how they refer to people of certain ethnic/cultural/racial groups. She mentioned an occasion when someone seeking the correct term for referring to  “Asians”, or “Orientals” asked her advice since she was of such ancestry.

I suggested to her that it was about people of certain groups having the ability to determine what they would be called, rather than having the naming originate from outside of their group. It could seem a bit silly to someone outside of the situation, but it can be a matter of empowerment to those inside.

I told her that I was black, which is true. She had some difficulty accepting that and I assured her that, in addition to the native tribal peoples, the French gentry, the plantation owners, and Canary Islanders, and others, there were African-American slaves sitting on many branches of my family tree.

I showed her a photo which had recently surfaced of my Great-Grandfather Thomas Henry Reid and his family.  Thomas had come from Georgia at a time when the nightriders were violently encouraging black people to surrender the rights that had been given to them after the Civil War. I suppose that helps to understand the difference between rights won and rights given. Rights which have been won are much more difficult to take back from someone.

My Great-Grandfather and his best friend, a man named Rogers, heard that the nightriders were planning to burn them out of their place. Rogers and Reid, planned a welcome for the riders which included putting a dummy on the porch, backlit by a lantern. They had a string tied to the rocker that the dummy was sitting in and rocked it from the nearby woods. When the nightriders arrived, they focused their attention on the figure rocking on the porch and my grandfather and his friend began shooting them from the cover of the woods. They inflicted enough damage that leaving the state was the main thing on their to-do list until it was accomplished.

Thomas Reid made his way to California where he arrived in 1888. He was employed by Gentleman John Corbett, the boxer, and became Corbett’s bodyguard as well as a bouncer in his Barbary Coast bar. At some point he apparently killed someone (just doing his job) and his family quickly went to live in Angels Camp, where my Grandfather, Thomas Henry Jr. was born. There were 11 children that survived in that family, and in the photograph, my Great-Grandfather and Great-Grandmother, Jenny Reid, are shown with, several of their children and grandchildren. Tom Reid Sr. is holding Hazel, his youngest child and Jenny is holding the daughter of Charles, their second oldest son. My father, Mel Reid, is the small sleeping child on the bottom left.

My Great-Grandmother Jenny’s family had arrived in California in 1861, after her father, the plantation owner and owner (who were all the same person), realized that the Civil War was going to be fought there in Virginia. He desired to remove his families from harm’s way, so he sent his “white” wife and children, as well as his “colored” woman off to Connecticut and his “colored’ daughter, Margaret Turner Galt, and her three children to California, accompanied by her husband, William Henry Galt who lived on a nearby plantation. His father, likewise, his owner and the owner of the plantation, allowed him to join his family for the journey.

That is a small portion of my family history on my father’s side of the family. On my mother’s side, her maiden name, Charbonnet, came from two brothers who came to the New World from France as military officers. They settled in New Orleans where the two Charbonnet lines continued. In France, it seems no Charbonnets survived the Revolution.

My Great-Grandfather, Louis Charbonnet, was a well known and respected creole millwright/engineer who designed mills and buildings around New Orleans. The white Charbonnets were also in the building trades. It was said that Paul Charbonnet and Louis Charbonnet would divide the city up and one would get everything on one side of Canal Street and one, the other.

My mother was born in Detroit for a reason similar to the reason my father’s father was born in Angels Camp. In New Orleans it was the convention that colored men were addressed by their first name and white men addressed by their last. My grandfather, Dorson, upon hearing a workman address his father, the millwright, by his first name, thought it disrespectful and in return called the workman by his first name. The urgency to relocate became as pressing as it had been for the Georgia men with the successful rocking chair and dummy scheme. Under threat of death he and my grandmother, Lottie, moved to Detroit to seek work in the auto factories.

He returned to New Orleans when his father became ill and he was needed to take on some of his dad’s projects. They left New Orleans after the flood of 1927.

This photo was taken in 1921 (the year of my mother’s birth in Detroit), in front of their home in Berkeley, where my father grew up.

In San Juan, we wave!