Urban agriculture spreads as people living within city limits raise chickens for eggs and grow multiple types of food for friends and family. 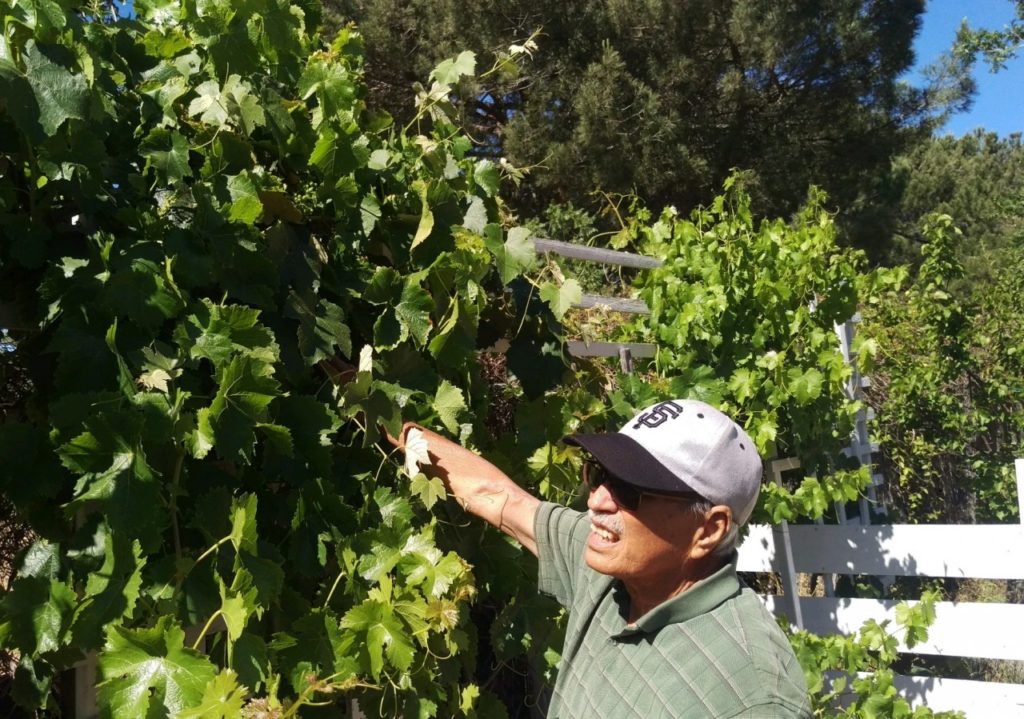 Luis Flores Sanchez has over 30 types of food he produces on his property. Photo by Becky Bonner. As more people learn where their food comes from, those living in urban areas are turning to producing some of the food they consume.

With options such as vertical gardens and dwarf fruit trees, square footage is no longer a constraint for someone who would like to grow food for personal consumption.

In addition to fruit and vegetable gardens, people are also raising chickens for farm-fresh eggs. With different breeds of chickens available to purchase, people can decide whether to have chickens that produce brown, white, or pastel-colored eggs, as long as they stay within the legal requirement for the number allowed in their city or town.

In Hollister, people in residential zones can have six poultry or less. Roosters are not allowed within the city.

Whether growing herbs in a windowsill or allowing chickens to roam in the backyard, there are multiple paths for people interested in growing their own food.

Looking for a hobby to fill her time, Denise Mackie was drawn to raising backyard livestock to produce quality food at home. After researching her options and talking to her husband, Mackie decided to raise backyard chickens.

What started out as a hobby has turned into a passion as Mackie enjoys seeing her chickens roaming her yard and knowing she is eating quality food.

“I like [raising chickens] for the same reason I grow tomatoes and zucchini,” Mackie said. “I like to know my inputs. If I don’t see where my food is sourced I am concerned.”

Mackie said her eggs have a richer flavor than store-bought eggs, but she admitted that raising chickens for eggs is a more expensive option.

“This is more for enjoyment and health reasons than to save cost.”

Mackie, who currently has six chickens including one Rhode Island Red and five Easter Eggers, encourages people interested in raising backyard chickens to do their research before buying chickens of their own.

“Start small,” Mackie said. “Figure out how many eggs you eat on a weekly basis so you don’t get overwhelmed. Do your research.”

Mackie also commented on her positive experiences at local Ranchers Feed when getting supplies for her chickens.

“Your best friends will be the ladies at Ranchers Feed [if you decide to keep chickens],” Mackie said.

One of Luis Flores Sanchez’s favorite things to do is share his produce with family and friends. With over 30 types of food growing at his home, gardening has enhanced his sense of connection with the people he loves.

“I like to see the look on other people’s faces when they try the food,” Flores Sanchez said.

Starting with a few trees eight years ago, today Flores Sanchez’s garden includes fruit trees, berries, vegetables, herbs, sugar cane and nut trees. Everything grown on his property is organic. He is convinced that organic methods produce a higher quality of food.

“There are no chemicals in it, it tastes better,” he said. “It’s healthier for you and it makes you appreciate where food comes from.”

Flores Sanchez is not the only family member to enjoy watching food grow. He works alongside his wife, Lupe, and grandchildren in the upkeep and production of food within the family garden.

Flores Sanchez said it brings him joy to see his grandchildren pick fresh, organic food from their home and to help teach them the value of work and healthy living.

These ideas are not lost on the grandchildren. He shared a piece of schoolwork by one of his grandsons. In it, he names Flores Sanchez his hero because his grandfather teaches him new things.

Flores Sanchez is so passionate about people growing some of their own food that he even gives away young plants from his garden.

His advice to people looking to grow their own food: “Be very careful with them. Give them a lot of love.”

Like Mackie and Flores Sanchez, BenitoLink Reporter John Chadwell has found a joy in producing his own food while living within city limits.

“It's a great way to meet neighbors. We end up having so many tomatoes that we give them away by the bag full,” Chadwell said.

Though he mentioned that producing one’s own produce is not necessarily cost-effective, Chadwell said the benefits outweigh the costs.

“The benefit is both emotional and health-related,” he said. “It’s about watching something grow that we planted without using any chemicals.” 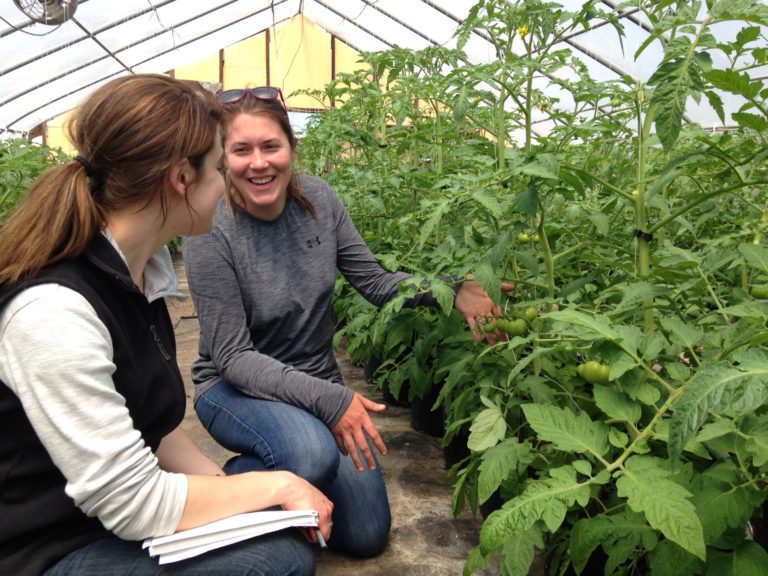