The precise definition depends on the regulatory agency, and the context in which it’s used. 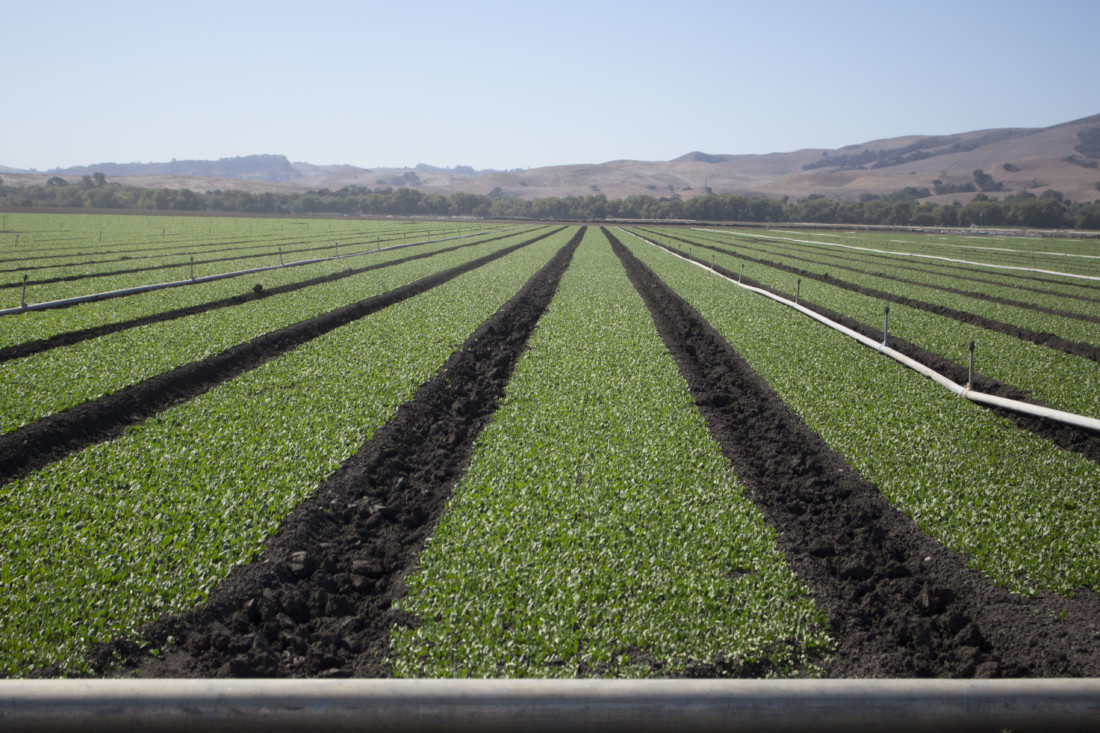 This is the first in a three-part series examining prime agricultural land in San Benito County.

While it’s standard practice for states to formally recognize the cultural importance of certain birds and flowers, less common is the formal designation of a particular soil.

It should come as no surprise, however, that in 1997 California bestowed this honor upon San Joaquin soil—named after the southern half of its bountiful Central Valley—in a formal nod to the role that soil plays in one of the most powerful sectors of the state’s economy.

Prime agricultural land is used as a catch-all term, yet its precise definition—and the implications for those who farm it, tax it, and seek to develop it—varies widely depending on the regulatory agency and the context in which the designation is made.

The story of prime agricultural land begins in the 19th century, when decades of westward expansion finally reached the Pacific Ocean and the federal government had to acknowledge that land was not limitless: expansion and development would have to be managed. It was suddenly necessary to survey the land and its capabilities, leading Congress to pass the Agricultural Appropriations Act of 1896 and allocate funds for a Soil Survey Program.

The purpose of the Soil Survey Program was—and remains today—to identify and cultivate the best farmland because once it has been converted for urban use (and outfitted to connect with the modern utility grid), it’s difficult (and expensive) to convert it back.

“Our mission is to identify the best lands so we can protect those lands,” said Tony Rolfes, California’s state soil scientist with the National Resource Conservation Service (NRCS), which is responsible for overseeing the Soil Survey Program. “But the NRCS has no jurisdiction over how these classifications are actually used. We just work with counties to help them understand how to use their different soils.”

The vast trove of data compiled by the NRCS is used to inform three systems of categorization: the Land Capability Classification system, the Important Farmland Categories system, and the Storie index.

“All of them assign some kind of a rating and assess the land’s ability to produce a better crop,” said Rolfes. The soils are graded based on a variety of factors, including their water-holding capacity, their pH and salinity levels, and their slope rating.

California’s agricultural classification system, known as the Farmland Mapping and Monitoring Program (FMMP), is also based on NRCS data.

While the NRCS is strictly concerned with soil quality—as long as there is no change in the substrate itself, a plot of land will maintain its prime agricultural land designation in perpetuity—the FMMP has a different focus.

Complicating matters further is the Williamson Act, which was passed by the California Legislature in 1965 “to preserve agricultural and open space lands by discouraging premature and unnecessary conversion to urban uses.”

The Williamson Act provides tax incentives for landowners to maintain an agricultural designation, and according to the California Department of Conservation the legislation is estimated “to save agricultural landowners from 20 percent to 75 percent in property tax liability each year.” The catch is that any farming-related property generating over $200 per acre annually is considered prime—a definition much broader than those used by the NRCS.

The current system ensures that land usage is closely monitored. The NRCS collects nationwide scientific data about soil and designates the soil most fit for cultivation as prime agricultural land. The FMMP tracks this data at the state level and monitors whether the prime agricultural land is being irrigated, and the Williamson Act provides state tax incentives for landowners to maintain the agricultural character of their land—even if it’s generating just a few hundred dollars a year.

As Rolfes said, you have to be able to identify the best land to preserve it, and the goal of both the NRCS and the FMMP is to do just that: keep tabs on land use so that decision-makers can accurately track how it’s being used.

This is particularly important in a state and county with a growing population because population growth requires urban conversion. And when urban areas expand, they have to expand somewhere.

According to the State Department of Conservation, in 1984 there were 4,390 acres of urban and built-up land in San Benito County. By 2016, that same index was 8,145 acres, an 85% increase. Over the same period, San Benito County lost 21,674 acres of prime farmland or farmland of statewide importance (prime agricultural land on the Important Farmlands Categories system), a 39% decrease from its 1984 total of 55,614 acres.

These figures don’t necessarily mean that the best farmland is being directly converted to urban areas. According to the DOC’s Division of Land Resource Protection, “fluctuations in Prime Farmland acreage can be from a wide range of causes. Those include commodity prices, international competition, water availability or delivery, water prices, fuel prices, proximity to processing facilities, agricultural pests, flooding events, increasing land values, farm labor availability and salaries/benefits, and a combination of those factors.”

They are, however, indicative of a trend that poses a difficult question for state and local agencies: how can growth be managed while maintaining the rural character and preserving the best farmland of the state and, more specifically, of San Benito County?

The ultimate goal is to ensure that prime agricultural land isn’t paved over to put up a parking lot. It consists of policy that is guided by two mechanisms: tax incentives for landowners to maintain the agricultural character of their land, and a requirement that urban development projects be subject to additional environmental scrutiny.

The next article in this series will address these two mechanisms in further detail, and examine how they work to preserve prime agricultural land.