The hope is that Hollister will not become the Ferguson of the west in its quest to generate revenue from its vulnerable elderly, poor and Latino population 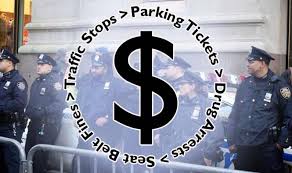 The U.S. Department of Justice of Investigation of the Ferguson Police Departmnet Practices http://www.justice.gov/usao/moe/news/2015/march/ferguson_civil_rights.html following the fatal shooting of an unarmed black youth by police officer Darren Wilson revealed a more insidious and disturbing pattern and practices of policing in many American small towns and cities. The report regrettably confirmed what is common knowledge to many citizens and residents. The pattern and practices, while in direct violation of the First, Fourth and Fourteenth Amendments of the United States Constitution, doubled as a racist, revenue-raising and collection agency scheme to supplement Ferguson’s budget. The only surprising aspect of this scathing report of abuse and official criminal act was that national leaders were unaware of such common a practice – a true dereliction of official duty.

Ferguson (pop. 21,000) is a case study of small towns all across America and in many ways similar to Hollister (pop. 36,600) that seeks out creative ways to raise revenue in order to meet the needs of the city and demands of its residents. However, Ferguson in open conspiracy with its police department and municipal court, made the conscious decision to victimize its black, poor and elderly population, in what the DOJ’s report describes as “ … Ferguson’s police and municipal court practices sizeable fines and fees both reflect and exacerbate existing racial bias, including racial stereotypes.”

Moreover, the approval of expenditure, policy and policing programs by city leaders gave Ferguson police and its municipal court the authority to establish a debtor’s prison system – where violators of minor traffic offenses (mostly against African Americans) were sent to jail. The unlawful and racial practices, was an open secret among the “leaders” of Ferguson. Not only does the report criticize the city of Ferguson for its disgraceful practice of instituting a debtor’s prison system and outright racial hatred, but also that such intentional practices “have sown deep mistrust between … community and the police department, undermining law enforcement legitimacy …”

The report carefully documents the cozy, friendly and conspiratorial relationship between city hall, police and the court. The report emphasizes the “profound effect” revenue generation policing practices has in undermining law enforcement and its relationship with the community it is sworn to “protect and serve." Ferguson leaders, police and the court system saw this vulnerable population not as constituents, to be protected, but as targeted minority prey, primed for abuse. These practices fueled the belief and produced a culture of "us versus them," as exhibited by some of the disparaging emails sent by public officials about its black citizens – including President Barack Obama.

The courts in our system of “justice” are supposed to serves as “…a neutral arbiter of the law or a check on unlawful police conduct.” The state and city in association with the municipal court and serving as a collection agency presented a major conflict of interest – especially in meeting its obligation to uphold due process and equal protection under the US constitution.

Unfortunately, these state-sponsored fine and fee practices have become standard operating practices across America, and becoming more apparent here in Hollister – with city hall approving significant sums of General Funds between 2014-2015 for the following:

All this expenditure with crime, both nationally and locally, at an all-time low. More surprising, and akin to the botched policy pursued by Ferguson with disastrous results, is a Hollister city official’s open acknowledgment of its own revenue generation practice through the use of the Community Resource Police Officer – a significant portion going to the police department.

In Ferguson, African-Americans make up 67 percent of the population, however, they account for:

In Ferguson, the municipal court disproportionately targeted African-Americans, who were:

The dispensation of justice, at least in the Ferguson design of justice, assuredly plays its loathing contempt in other jurisdictions as well.

The policing practices by the Ferguson Police Department (FDP), with the not-so-subtle blessing of city hall and municipal court – in their search for revenue, dangerously compromises the essential and necessary community’s trust in police and public safety policy. The report’s description of law enforcement approach to the administration of justice, as carried out by both the Ferguson police and municipal court reflect a “ … patterns unnecessarily aggressive and at times unlawful policing…” causes grave distrust in our institutional form of governance namely the executive, legislative and judiciary branches.

Authority, run amuck, for the sole purpose of revenue generation on the backs of the poor, elderly and minority communities should be frightening, alarming and not tolerated – whether in Ferguson or Hollister.

So-called public safety decisions supported by our city and county officials reflect a Ferguson-type of approach to revenue generating. The similarities between Ferguson and Hollister are startling when one considers the following:

“The current Chief of Police, Thomas Jackson, has commanded the police department since he was appointed by the City Manager in 2010. The department has a total of 54 sworn officers divided among several divisions. The patrol division is the largest division; 28 patrol officers are supervised by four sergeants, two lieutenants, and a captain. Each of the four patrol squads has a canine officer. While all patrol officers engage in traffic enforcement, FPD also has a dedicated traffic officer responsible for collecting traffic stop data required by the state of Missouri. FPD has two School Resource Officers (“SROs”), one who is assigned to the McCluer South – Berkeley High School and one who is assigned to the Ferguson Middle School. FPD has a single officer assigned to be the “Community Resource Officer,” who attends community meetings, serves as FPD’s public relations liaison, and is charged with collecting crime data. FPD operates its own jail, which has ten individual cells and a large holding cell. The jail is staffed by three non-sworn correctional officers. Of the 54sworn officers currently serving in FPD, four are African American.”       DOJ Report

FDP's issuance of citations or summons or arrests under municipal ordinance and state law, covering all aspects of civic life, that regulate the conduct of all who work, travel through, or otherwise visit the city, is all to powerful and has lasting repercussions.

The City as a Revenue Generator and Collection Agency

In Ferguson, the practice of law enforcement as a revenue generator was documented by the DOJ report as raising and collecting $11 million in general funds in fiscal 2010, with $1.38 million coming from fines and fees collected by the municipal court. In 2012, Ferguson predicted a 30 percent increase over the proceeding year. However, for fiscal year 2015, the City of Ferguson anticipates municipal court fine and fee revenue to report a projection of $3 million of a $13.26 million in general fund revenue.

The evidence of the collaboration and conspiracy of Ferguson's city hall and police in working in concert to reap maximum revenue in the administration of justice cannot be clearer. This was further evidenced by a city council finance report, drafted with counsel and contribution from the chief of police. The report recommended “efforts to increase efficiencies and maximize collection” by the municipal court. Furthermore, the evidence gathered by the DOJ investigators revealed a recommendation for higher fines and the ordering of “probation only infrequently." The action shows how well the city leadership and the courts cooperated – not for fair and equal application of the law, but for purely revenue generating purposes. Evidencing these practices is a March 2010 email from the finance director who wrote to the chief of police that “unless ticket writing ramps up significantly before the end of the year, it will be hard to significantly raise collections next year. What are your thoughts? Given that we are looking at a substantial sales tax shortfall, it’s not an insignificant issue.”

The P\police chief responded by stating “that the city would see an increase in fines once more officers were hired and that he could target the $1.5 million forecast.” Furthermore, the city’s 2014 budget states that “the percent of [FDP] resources allocated to traffic enforcement has increased,” and [a] s a result, traffic enforcement related collections increased, in the following two years. In the city’s fiscal year 2012-2013 budget, FDP was once again “successful in increasing their proportion of resources dedicated to traffic enforcement” and increasing city sanctioned collections.

Further proving the lack of integrity and violation of public trust is the chief’s report comparing court revenue in Ferguson to court revenue for cities of similar sizes – “of the 80 St. Louis Municipal Courts reporting, only 8, including Ferguson, have collections greater than one million dollars.”

One DOJ official said that there are many municipalities that engage in the same practices as Ferguson, and that federal officials hope other cities and towns near Ferguson will take note of the findings and make changes of their own.

It would be very interesting and welcomed, in order to restore the unforgivable harm committed, if the United States Department of Justice would bring Criminal Prosecution Under Federal Racketeering Influence and Corrupt Organizations (RICO) against Ferguson municipal officials for practicing a pattern of racketeering and engaged in a criminal enterprise causing injury, in the form of economic harm.

Dramatizing and capturing Ferguson’s distorted form of justice is the scene and dialogue from the movie classic, “Casablanca,” where Major Heinrich Strasser of the Third Reich orders the local French Vichy Military authority, Captain Renault, to close Rick’s Café supposedly over illegal gambling –

“Rick: How can you close me up? On what grounds?

Captain Renault: I’m shocked, shocked to find that gambling is going on here!

[a croupier hands Renault a pile of money]

Captain Renault: Everybody out at once!”

Exercising your civic duty and communicate your thoughts to your local elected officials – Hollister City Council and San Benito County Board of Supervisors.