Kristina Denton wrote and starred in a film inspired by her hard-working, dedicated mother 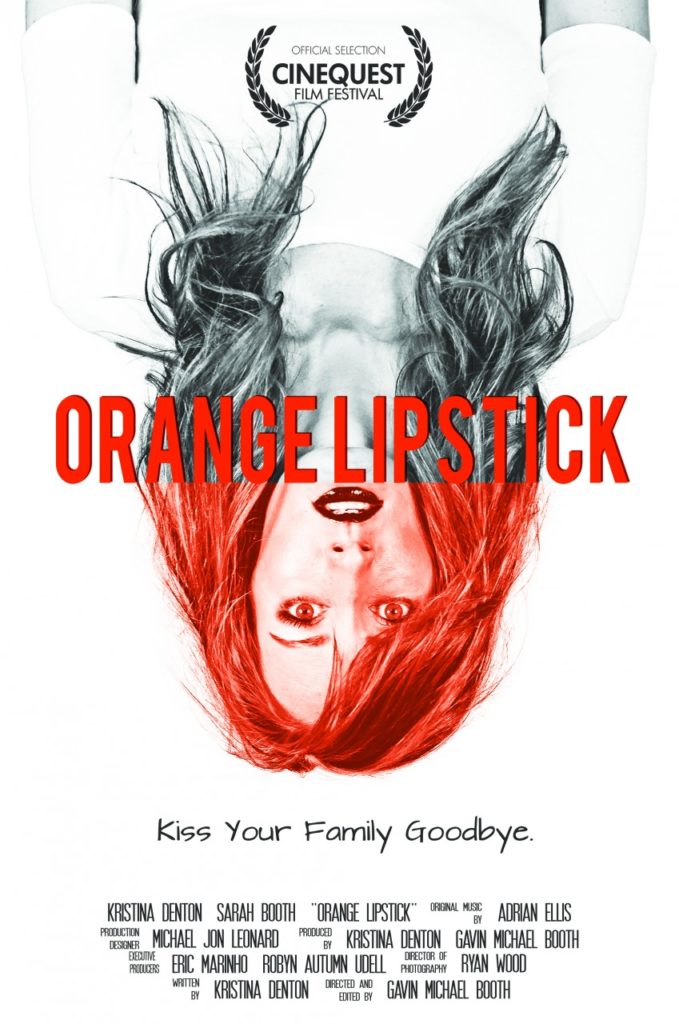 Filmmaker Kristina Denton, who grew up in Hollister, says she is in awe of everything her mother does, every single day. In tribute, Denton wrote, produced, and starred in "Orange Lipstick," a short film dedicated to all women, such as her mother, who seem to get everything done with ease.

The film premieres at the Cinequest Film Festival this weekend in Redwood City. Denton not only wrote the film, but also produced and starred in it. Gavin Michael Booth, a film and music video director from Canada, directed the film.

The official logline says that "Orange Lipstick" is about “an exhausted, working mom who takes one night off from her daily routine to reclaim her youth.” Denton says she wrote it to honor all busy, working mothers who feel strapped by their responsibilities and have lost their sense of self along the way.

Though the film is only 15 minutes long, it took two years to make, from writing the first scene to the world premiere this Sunday. The film was funded entirely with money raised during a crowd-funding campaign on Indiegogo, which surpassed the original fundraising goal of $10,000 and ultimately raised more than $12,000 from 184 backers. Production wasn’t free of struggles, but Denton said she is proud of the result. While she initially thought making a short film would be “faster, cheaper, and more doable than a feature-length film,” she admits that no project is small and easy, and “every film that gets made, good or bad, is a miracle.”

Denton describes her childhood in Hollister as idyllic. “The small-town life was wonderful to grow up in. I didn’t appreciate it when I was little, but it’s lovely, very cute and quaint.” She credits her mother, a Hollister resident of more than 30 years, as an overwhelmingly positive force in her life and the lives of her three sisters. Denton remembers her mother attending every volleyball game and dance recital, while also holding down a full-time job as a teacher.

“My mother was everywhere she could be for four girls," Denton said. "Her schedule was insane, and I don’t know how she did it.”

The film was born years ago when Denton was taking an acting class in Los Angeles. She decided to start writing her own scenes so she could perform them in her class. When her mentor told her to “write what you know,” Denton immediately thought of her mother and other women who “try to be everything for everyone.”

She started experimenting with short scenes that focused on the private moments of seemingly tireless women, and found herself thinking about all the time those women spend alone in their cars. In fact, the opening scene of "Orange Lipstick" shows Denton, playing the main character, alone in her car indulging in a piece of chocolate before she is due to drive home to her family. It’s these brief snippets of privacy, what she calls “in between moments” that keep her character human.

When Denton's character decides to skip going home to her family, just for one night, she stumbles into what Denton says is a “crazy experience,” but it’s also realistic to the daily lives of these working women.

“I feel there is so much pressure on women, but we still try our best," she said. "Society puts pressure on us to live up to an image, and when we rebel, we really rebel. But I didn’t want to take this character into drugs or alcohol, because it didn’t seem realistic. It was more about exploring those private, secret moments.”

Denton is moving into pre-production on her next film, and has also been hired to write short films and features for other people.

“When people ask me if I’m a writer or actor, I tell them that I can’t choose either one," she said. "I get so much joy out of both, and to me, it’s all storytelling. Telling stories is my main passion, and always has been.”

The world premiere of "Orange Lipstick" is Sunday, March 5, at 4 p.m. at Century 20 Redwood City. The film is also showing other times in Redwood City and San Jose throughout the Cinequest Film Festival.

Click below to see the trailer (warning: some adult language).