Neil Kitchens lived outside the district and used his office address when filing. 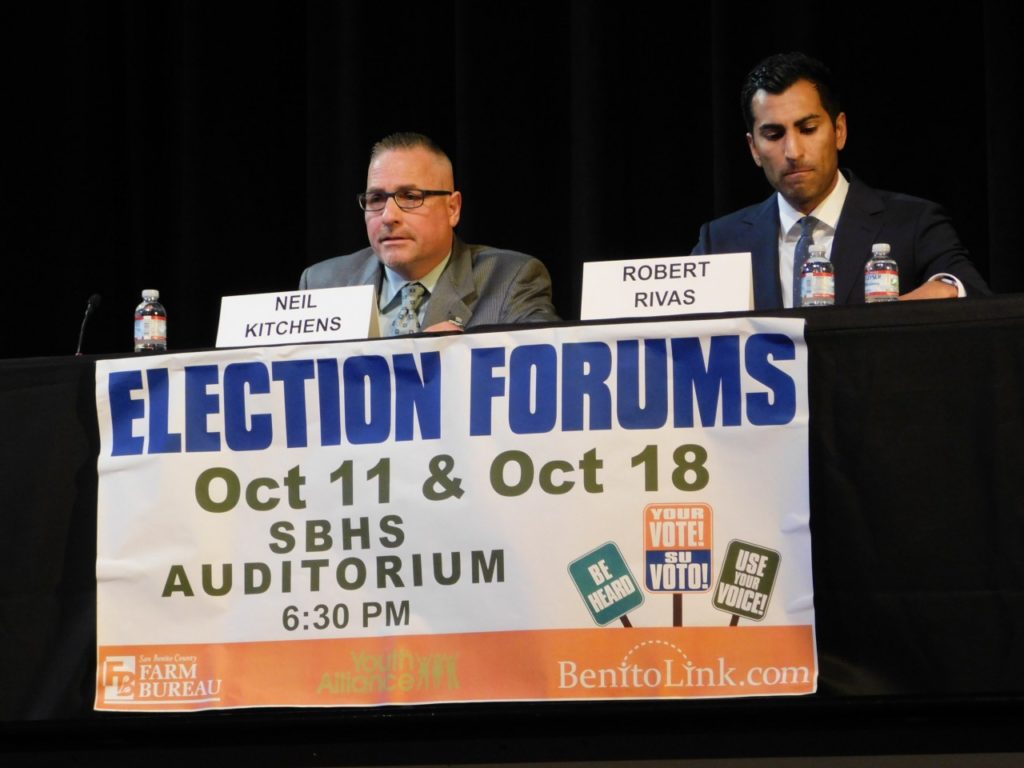 Two years after former state Assembly candidate Neil Kitchens denied to BenitoLink that he lived outside of District 30, he pleaded no contest on Nov. 3 in Monterey County Superior Court to a felony count of lying in official documents about his residence, according to the Monterey County Weekly.

A clerk for the Monterey County Superior Court could not confirm Kitchens’ plea as she said the minutes had not been recorded as of Nov. 5, but did confirm he faced charges of driving under the influence from a March 3 arrest and six charges relating to “false candidacy declaration” from March 8, 2018.

According to the Monterey County Weekly, Kitchens faces three years of supervised probation for violating the California Election Code. At the same hearing, he received probation following his no contest plea to driving under the influence.

“Ironically, I believe the campaign that benefited most from the fraudulent candidacy of Neil Kitchens in the District 30 race was the Robert Rivas campaign, due mostly to party line Republican voters in the primary going with Mr. Kitchens,” William Lipe told BenitoLink, who ran during the 2018 primary. His campaign manager submitted the complaint about Kitchens to the Fair Political Practice Commission.

He also said had Kitchens’ candidacy been verified, the 2018 general election dynamic would have changed, as Rivas would have had to face a Democrat with “deep roots in heavily populated communities in AD30,” Lipe said.

Asked by BenitoLink in 2018 about his residency, Kitchens said he was registered to vote in Salinas, in District 30, and that the 17560 Cross Road address in Prunedale, in District 29, was his office. He also said he was advised by the elections office to not give out his home address.

State Assemblyman Robert Rivas, a Democrat and former San Benito County Supervisor, defeated Kitchens, a Republican, in the 2018 general election with 68% of the vote for the District 30 seat left vacant by Anna Caballero, who was ultimately elected to represent state Senate District 12.

Kitchens did not respond to a request for comment.