The new trails at the off-road park are for hikers, bikers, and horseback riders, and are prohibited to motorized vehicles. 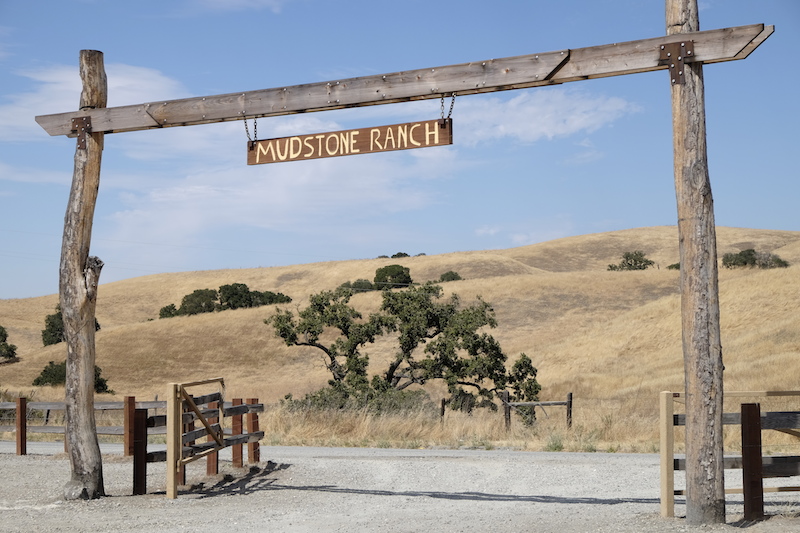 The Mudstone Ranch Trails in Hollister Hills opened at the beginning of July, and are currently open from dawn to dusk daily. Hollister Hills State Vehicular Recreational Area had a soft opening early in June for its new Mudstone Ranch Trails, which are intended for the use of hikers, bikers, and equestrians.  Hollister Hills has traditionally been the domain of 4×4’s, motocross, bikes and ATV’s. Camping spots in the Gabilan Mountains provided resting spots for picnickers and campers, but little else existed for day-trippers wanting to experience the outdoors on foot or horseback.

There was some contention last year about the opening of the Mudstone Ranch Trails, about which ranchers expressed concern about the potential interaction of hikers and cattle, which graze on the land next to the Mudstone Trails for most months out of the year. Joe Morris of Morris Grassfed Beef, who leases the mudstone land and uses it to graze his stock of cattle, recently gave BenitoLink his insights on the issue:

“The trails have just opened, and we have moved the animals out for the summer," he said. As for the effects of grazing animals and hikers now sharing outdoor space, Morris said, “There hasn’t been a lot of impact yet. It has created more complicated grazing planning, more gates and fencing. One worry would be a gate being left open and the cattle finding out before we do. We’ve been working with the parks over the years to create more understanding of what occurs when we graze animals in the park, so people can understand that grazing has an ecological impact on the park. It’s not just discretionary. Recreation is important, but discretionary."

Morris noted that there "have been no serious ecological implications–that have yet to been seen. It’s a much better experience for everyone, however, when the grassland is thought of as a whole community–and that includes animals and people. I’m hoping people [who use the trails] can understand why the animals are there, and that healthy grassland systems are maintained by grazing animals. It supports the health of the whole grasslands."

“There will be some complications–more labor for the ranchers, mostly," Morris said. "But I’m hopeful that people appreciate the work of the parks and the ranchers. Right now, I’d say there’s a pretty big gap in understanding between the people out recreating and what we [the ranchers] are trying to do out here.”

BenitoLink also spoke with Hollister Hills Park & Rec Specialist, Peter Jones, about the work that Hollister Hills has been doing to meet the needs of both the park visitors and wildlife that make use of the area. “We’ve been working with [ranchers] who have grazing contracts in the area since the beginning,” says Jones. “Currently, there are around 16 separate fields in the park, which are divided by electric single-wire fences. The new Mudstone Ranch trails cross seven of those fields, and exist in a ‘buffer zone’ between the motorized trails and nearby residences, on the outside perimeter of the park, to help with sound control for the neighbors. The trails that cut through different fields are connected by gates that can easily be opened by hand, or even while on horseback.”

Jones also reiterated the benefits of keeping grazing animals in the grassy areas of the park. “Cows help with vegetation control, fire management, and weed suppression. Recently, we had a fire up here, and where fire was in a pasture that had been recently grazed, the fire was slowed way down–because there wasn’t much for the fire to feed on. But it burned faster moving through tall grass. And that’s just one way the grazing animals help the land–we’ve seen big improvement in weeds in the natural area when we allow grazing, which allows the natural grasses to grow more easily. That in turn helps the populations of other native animal inhabitants, like the horned lark or the grasshopper sparrow.”

The approximately 15 miles of Mudstone Ranch trails are open from sunrise to sunset daily, starting near the main entrance to Hollister Hills. Day-use passes for the trails are priced at $5 per person, a fee that benefits the maintenance and upkeep of the trails. In all of the new recreational trails, motorized vehicles are prohibited–a decision intended not only to protect park-goers traveling on foot, but also to reduce noise pollution for private landowners and residents who reside near the hiking trails. A ribbon-cutting ceremony for the trails will take place on July 30 at the entrance to Mudstone Ranch.