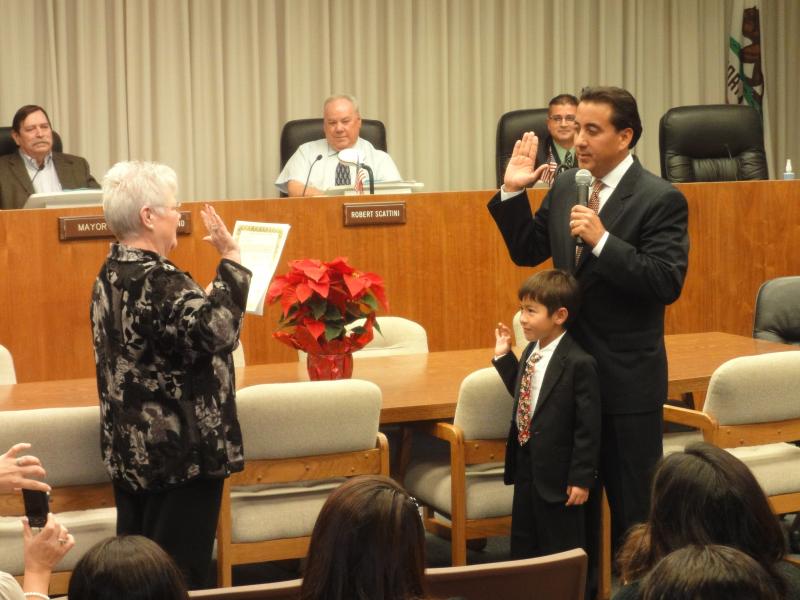 Ignacio Velasquez sworn in as First Elected Mayor of Hollister
×

Monday evening Ignacio Velazquez (and his son) took the oath of office for Mayor of the City of Hollister before a crowd of friends, city workers and well-wishers packed into City Hall. Also sworn in for second terms as City Councilmen were Victor Gomez and Raymond Friend. Doug Emerson stepped down after serving eight years to an appreciative round of applause. In his farewell remarks, Mr. Emerson thanked his many friends and city colleagues and added he expects to play lots of golf to avoid having to clean out his garage. Mr. Velazquez first official actions were to thank Raymond Friend for his service as mayor and then quickly adjourn the meeting in order to move to a celebration party at the Vault.