An informal protest against Governor Newsom erupted in Hollister on Sept. 19. 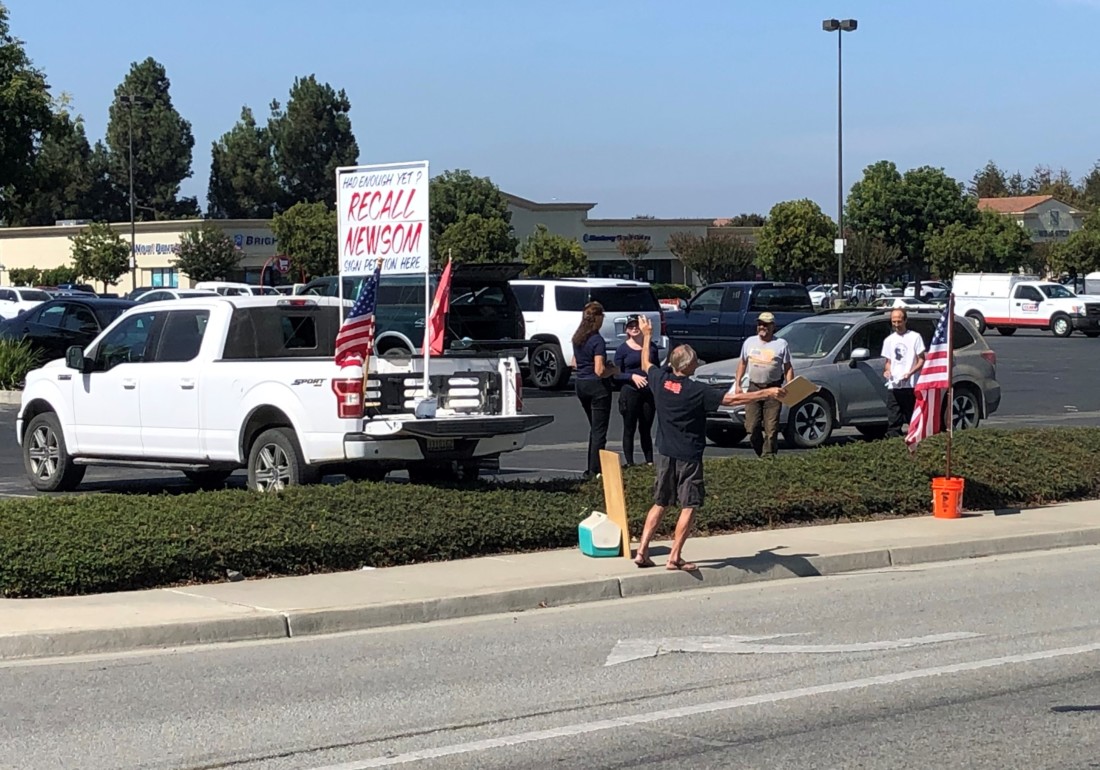 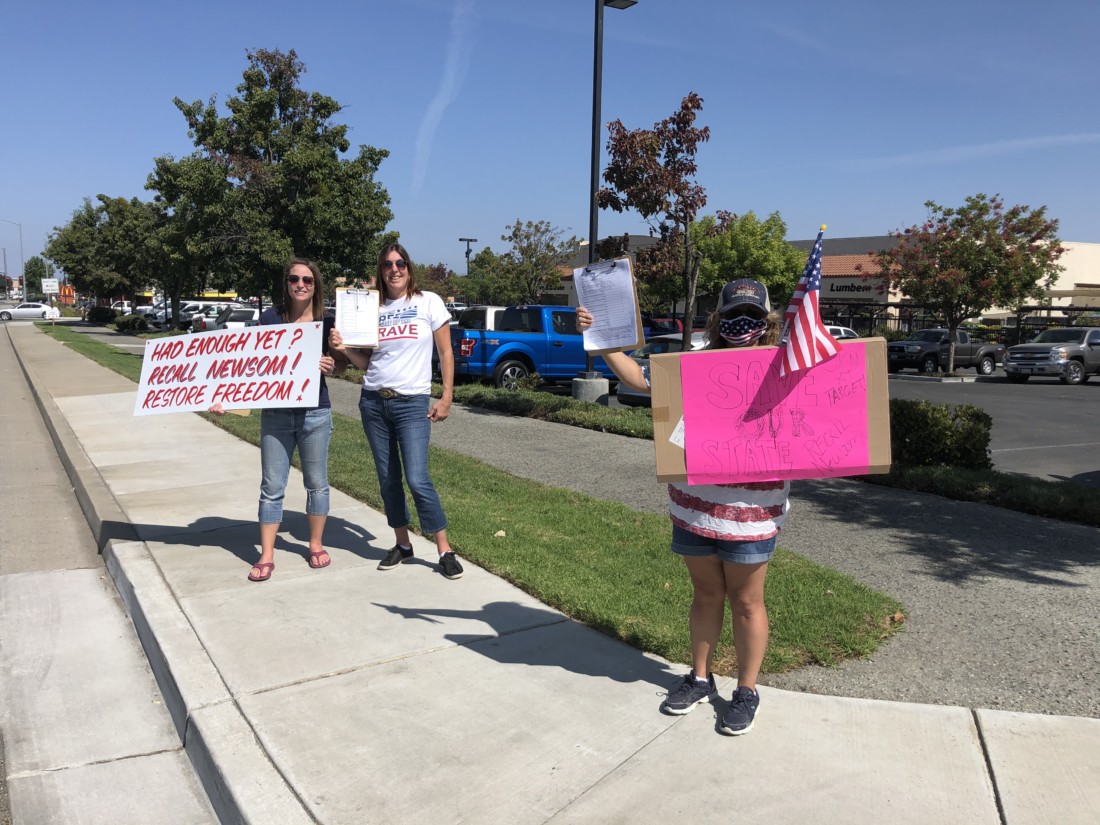 About a dozen people enthusiastically called for the recall of Gov. Gavin Newsom Sept. 19 on either side of Highway 25 by Target and Ace Hardware in Hollister as passing vehicles honked and people shouted their support. According to participants, the local protest is a grassroots effort and not coordinated with the statewide movement, where California residents can download the petition.

Casey Grabau said she was trying to recall Newsom because she does not agree with his policies, specifically shutting down California schools. She claimed Newsom’s children were attending schools in Idaho, but BenitoLink could not find any evidence of this claim.

“You can’t have bars open, but his winery is open,” Grabau said. “Now they want to pass something in San Benito County where you can’t be outside without a mask. It’s ridiculous. If I’m outside, we need to have fresh air. They’re trying to take that away from us and I don’t agree with it.”

Newsom’s Plumpjack winery and tasting room in Napa County did remain open in July, while wineries in 19 other counties were ordered to close their doors, according to the Wine Institute.

Jennifer Coffeen said, “We’ve got to restart our freedom. Newsom wants to be a dictator instead of the governor of our state. He’s taking away our constitutional rights. We can’t go to church. We can’t send our kids to school and he’s muzzling us with masks. I can go to Target or Wal-Mart, but I can’t take my kids to church.”

BenitoLink reported on the Hollister city council approving a resolution, Sept. 8 to enforce wearing masks by attaching a $100 fine. The final vote will happen during the Sept. 21 council meeting.

The statewide recall effort was launched June 10. Supporters of the recall have up to 160 days—or no later than November 17, —to collect the 1,495,709 signatures needed to require a recall election. Two previous recall petitions against Newsom failed in 2020. As of Sept. 4, the petition had over 80,000 signatures, according to a San Diego radio station.

Newsom will not be up for reelection until 2022. The last California Governor to face a recall was Gray Davis in 2003. He was replaced by Arnold Schwarzenegger, who served from 2003 to 2011.