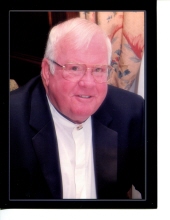 Se passed away on March 15, 2020, at Stanford at the age of 79. He was born in San Francisco and lived nearly all of his life in Hollister. He married his wife, Barbara, in 1963 in Reno, Nevada and they renewed their vows many times in the Catholic Church. He matriculated at Stanford University in 1958 and 1959 and Oregon State University from 1961 to 1963. He owned and operated Hollister Garage from 1969 to 2001, was a member of Immaculate Conception Catholic Church, an avid hunter and collected and showed antique cars. He and Barbara like to go on cruises and went on many all over the world.

Services are planned for late April and will be posted at this site.