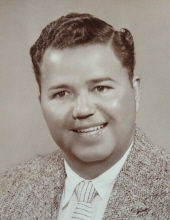 He was born in Oklahoma and lived in Hollister for a brief time moving here from Turlock. He was employed with Shaw Industries as a driver and was a member of The Teamsters Union.. He is preceded in death by his wife, Marilyn McDonnal who died in 2015.

He is survived by his children, Pamella Butler (Jason) of Hollister, Chip McDonnal of Jacksonville, Florida Renee Kellogg of Austin, Texaz and Jeff Kellogg of Alameda, California, his granchidren, Jacob McDonnal of Gelendale, Arizona, Deanna Kellogg Wilk of Chico, California and Ashley Butler of Mesa, Arizona and is also survived by 3 great grandchildren and his nieces and nephews and great nieces and nephews. He is preceded in death by his 6 siblings.

Donations are preferred to The American Society for the Prevention of Cruelty to Animals.
Private cremation is being followed by private family inurnment.