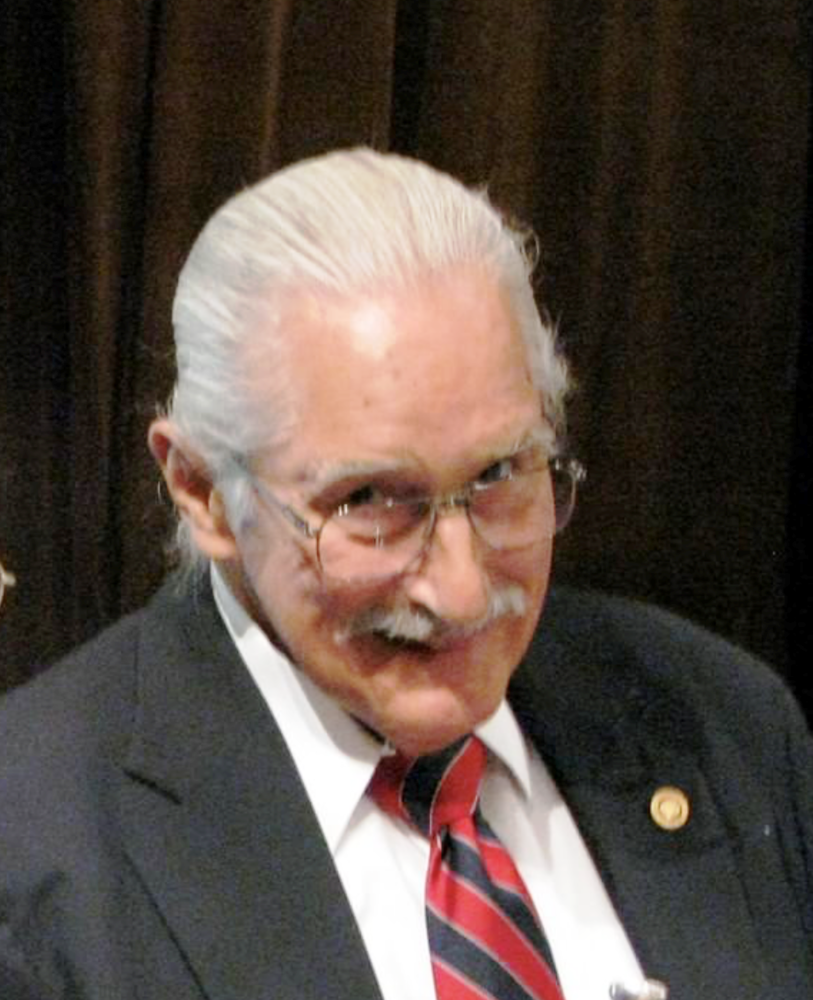 On Sunday, January 3, Joseph Ostenson, husband, father, grandfather, and Hollister’s beloved Mr. O, passed away at the age of 78.

Mr. O was born on January 11, 1942 in San Diego, CA to Clair and Elaine Ostenson. He earned his teaching credential from San Jose State in 1965 and began a lifelong career with the Hollister School District as a Music teacher. He married the love of his life, Francie, in 1966 and together they raised their daughter, Jennifer, and welcomed grandchildren, Balee and Joseph.

Teaching students to play an instrument was just the beginning of his accomplishments. Mr. O instilled a love of music – all types of music from Tchaikovsky’s Nutcracker, John Philip Souza’s Washington Post to Queen’s We Will Rock You, and WAR’s Lowrider. His office was always over flowing with students who would rather listen to his stories than be on the school yard. Mr. O, his family, his students and many of their families spent most evenings and weekends practicing marching up and down the streets, and combining together for competitions and community performances. Waking up at 3am to get on busses with 100+ middle school kids year after year were some of his happiest moments as was sitting in a crowded Carl’s Jr with those same 100+ kids after a day being amped up on sugar and winning trophies.

Mr. O commanded a room full of those middle school students with a single look and a tapping pencil. To all former students, 1-and-a 2-and-a 3-and-a 4 is as familiar as his left hand being held up high to hold a note or jutting out to cue a cymbal crash. While playing music, students learned to work together. They learned there is a time to shine and a time to let others shine. The learned dedication and that practice brings success. They learned how to take productive criticism and become better. At his retirement concert in 2010 more than 115 former students from every decade since 1966 sat down together to honor a man who impacted their lives. Students, and their teacher, had truly become friends. Mr. O is a man who, when his name is mentioned, people stop, smile, and talk of their time in the Rancho/Maze Band.

After his retirement, Mr. and Mrs. O opened Mr. O’s Academy of the Arts in downtown Hollister. A lifetime dream of owning a music academy where he could give lessons and watch various artistic groups grow and flourish was finally a reality. Former students were often stopping in on visits home to reminisce about their times in his class, and how he helped shape their lives. He started Mr. O’s Jazz Band and continued performing for the community until July of 2020.

Mr. O spent his free time playing his trumpet for the Watsonville Community Band and Pacific Brass Band. Being able to play and create music was truly his passion in life. In keeping his memory and legacy alive, donations may be sent to: Mr. O’s Academy of the Arts to create a scholarship for future musicians. As Mr. O’s Opus comes an end, he would want you all to remember to sit up straight, arms and heads up, and No gum, Candy, or Cornuts.