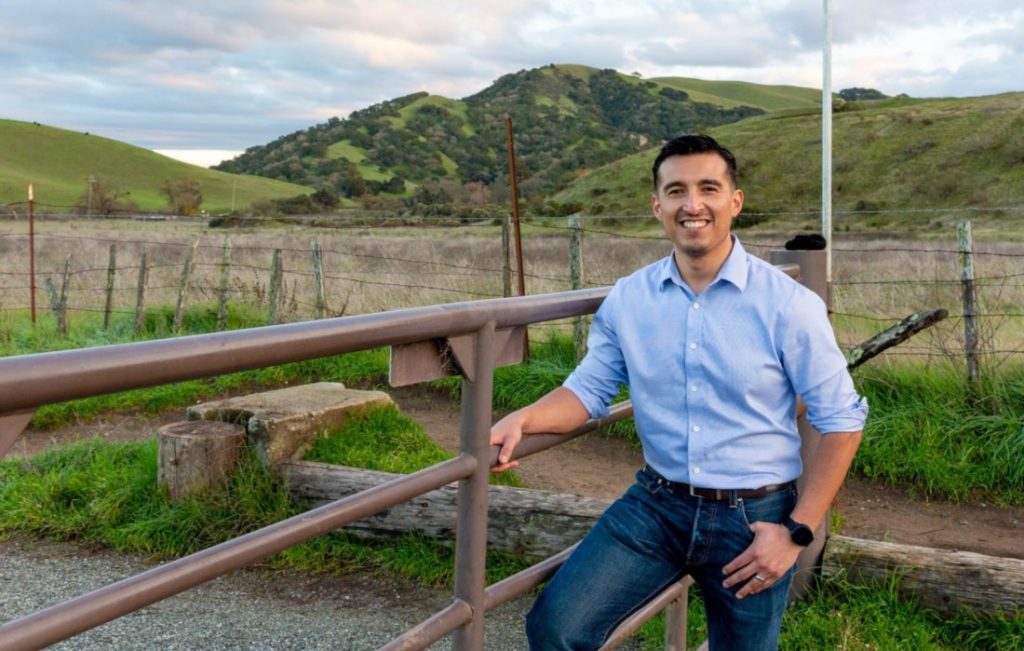 Hollister resident Juan Guevara is the first to enter the San Benito County Sheriff’s race, running against incumbent Eric Taylor, who was appointed Sheriff-Coroner in April 2021. Guevara has 10 years of experience as a police officer and is currently serving with the Gilroy Police Department after working for both the Oakland and Hollister police departments.

Guevara, 33, grew up in Hollister and attended San Benito High School and Gavilan College. He was encouraged by his family and friends who, he said, saw the passion he has towards public safety.

“They know I want to enhance the profession,” he said. “I want to dramatically increase community engagement and make that part of the identity of the sheriff’s department. I want to prioritize training and development to provide a much higher quality of service to the people we serve. And I want to increase the sense of accountability to every member of the community.”

Increasing transparency, Guevara says, will only enhance the relationship between the community and law enforcement.

“Some of the concerns people have comes from not engaging enough,” he said. “People have almost been conditioned to fear and be intimidated by law officers and it is that disconnect that more engagement is going to solve.”

Recalling an incident from his days with the Hollister Police Department, Guevara spoke of when a father came in to report on some concerns regarding his daughter.

“He said, ‘I don’t care if you deport me after this. My daughter is important to me and I am going to take that chance,’” Guevara said. “It broke my heart. How many people don’t come to us, thinking ‘I am worried and I want to protect my family but I am here illegally.’ Illegally or not, they are part of the community and we need to protect them, too.”

Transitioning the department from being reactive to becoming more proactive is one of Guevara’s goals.

“We can help residents get resources and education to improve the quality of their lives,” he said, “If we did more to teach people about the dangers of driving under the influence, for example, instead of getting one person for an arrest or a ticket, we could help people make better decisions and be in a much better position.”

Guevara is encouraged by the department’s plans for a farmworker outreach program.

“I would like to see a lot more of that being done,” he said. “We need to not just meet them on calls for service but in positive moments when they are not stressed out. We should have been doing this a long time ago.”

Reaching out to people who have negative impressions of law enforcement officers or previous poor experiences is also important, he said. “I would tell them to voice their concerns in a constructive way. Come to the department and get to know the supervisors and administrators. Be part of the solution.”

Guevara currently teaches a “principled policing” class hosted by the Gilroy Police Department which is meant to help officers understand some of the concerns in the community they serve.

“By learning about those concerns,” he said, “We can learn more about how to improve our relationship with them. It is about being accountable, having a greater dialogue, and having more chances to interact in a positive way. It is easy for both sides to be disappointed and walk away from problems. But I think with both sides working to be part of the solution, the results are worth it.”