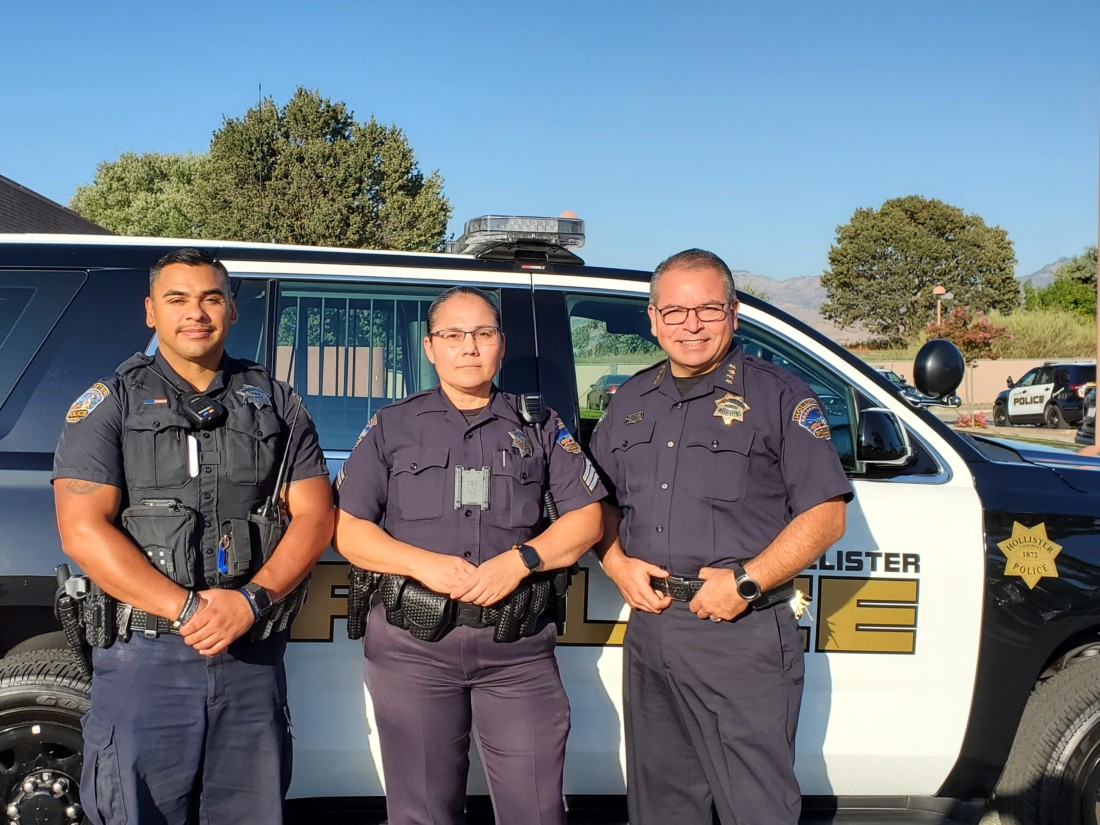 As a teen, Hollister’s interim Police Chief Carlos Reynoso witnessed the disparate treatment meted out to his peers by officers in the department he now leads. Those whose last names were well known in the community were often treated courteously, while others whose families lacked influence or name recognition were cited and incurred additional consequences.

In a May 30 post on the Hollister Police Department’s Facebook page following the death of George Floyd in police custody and the Black Lives Matter protests that erupted across the country, Reynoso—who identifies as a Mexican American—alluded to incidents he saw in his youth, adding that as a career law enforcement officer he has prided himself on treating people equally regardless of their socioeconomic status or race.

Reynoso credits this philosophy to the days working in his family’s Hollister market, where his father instilled the value of customer service.

When he joined the Hollister police force 22 years ago, he naturally patrolled the city’s streets and his former neighborhood with the same resolve with which he walked the store’s aisles. And though Reynoso admitted difficulty in returning to protect and serve in his hometown, he acknowledged its benefits.

“People knew me from the store, and I had a better connection with people,” he said.

The Hollister Police Department consists of a 52-member force of sworn police officers, animal control officers, support staff and administrators. Sixty percent of its staff is male and 40% is female, and nearly 50% are people of color, according to Reynoso.

Sergeant Rosie Betanio is a 19-year veteran of the force.

A victim of childhood abuse, Betanio explained to BenitoLink that she benefited from the immediate, positive impact of a person wearing a blue uniform and badge when she and her sister were removed from their family’s Central Valley home.

Unlike the legal process that would eventually place her and her sibling in their older brother’s custody, the responding officer’s prompt action provided an instant solution.

“The call of service fixed the problem in the moment,” she said, adding that her childhood experiences have made her more empathetic and determined to shield victims of domestic abuse and rape.

Identifying as a Hispanic bilingual female, Betanio stated that her gender has posed a challenge at times, especially in her interactions with Hispanic men who indulge in machismo behavior.

“I sometimes engage in verbal judo with Spanish-speaking male suspects, but because I’m able to talk to them they drop their wall down a couple of inches,” she said. “I treat people the way I want to be treated.”

Though Officer Julio A. Martinez never had a negative interaction with law enforcement officials responding to calls of gang violence in his East Salinas neighborhood, he also never wanted to become a cop.

After high school, he joined the U.S. Army, where he served a yearlong tour in Iraq. Upon leaving the military, Martinez, 33, said he contemplated a future where he could serve his community and work with local youth.

For Martinez, joining the HPD melded those two goals.

A self-described “huge people person with a wealth of experience working with diverse groups of people,” the three-year Hispanic police veteran most recently served as a School Resource Officer (SRO) for the Hollister School District, where he parlayed his assignment at Marguerite Maze and Rancho San Justo middle schools by collaborating with administrators to establish a program that targeted at-risk, Hispanic male youth.

Due to budgetary constraints, the Hollister School District Board of Trustees voted on June 23 to cut the SRO program.

During the weekly, voluntary lunch meetings with 10 teenage boys, Martinez addressed issues like respect, accountability, and leadership, while making space for sensitive discussions and life skills, such as tying a tie.

The program—paid for by a grant secured by the HPD—was a success, according to Reynoso. Martinez agreed.

“I don’t have a problem making myself vulnerable. And I try to make as many positive impacts as possible, treating all people the same,” he said.

Esqueda’s father descended from Mexican immigrants, and her mother’s family were part of the diaspora that fled modern-day Turkey following the Armenian genocide. A cycle of school drop-outs, alcohol and substance abuse, and jail characterized her paternal side, while the maternal side of her family held college degrees, were financially secure, and were law-abiding citizens.

Like Martinez, Esqueda never intended to pursue a career in law enforcement, but following the birth of her first child she entered the police academy and was hired by HPD 12 years ago.

Since then she’s had more positive than negative interactions with the public.

“I found that my skin color and gender work to my advantage to de-escalate situations,” she told BenitoLink, adding that her bi-ethnicity provides a greater perspective when dealing with suspects.

“It helps me see both sides of what drives people’s choices,” she said, adding that ultimately her professionalism is rooted in seeing the humanity and equality in others.

Early in his career, Reynoso was dispatched to a disturbance not far from his family’s Hollister market, where he encountered a shaken elderly woman speaking Spanish to a teenager who was ready to translate his grandmother’s words to law enforcement.

An expression of disbelief swept over the woman’s face when the 29-year-old Reynoso addressed her in Spanish. Before he left the scene, the grandmother shared that this was the first time a police officer had communicated with her in her native tongue. She then placed her weathered hands on Reynoso’s arms and tearfully said, “Gracias a Dios por enviarte aquí esta noche” (Thank God for sending you here tonight).

Driven by a personal mission to treat others like family, Reynoso said, “It’s moments like these that fill up your tank again.” 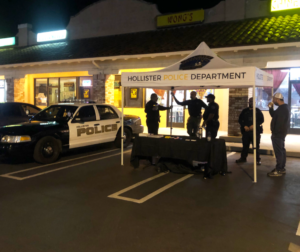