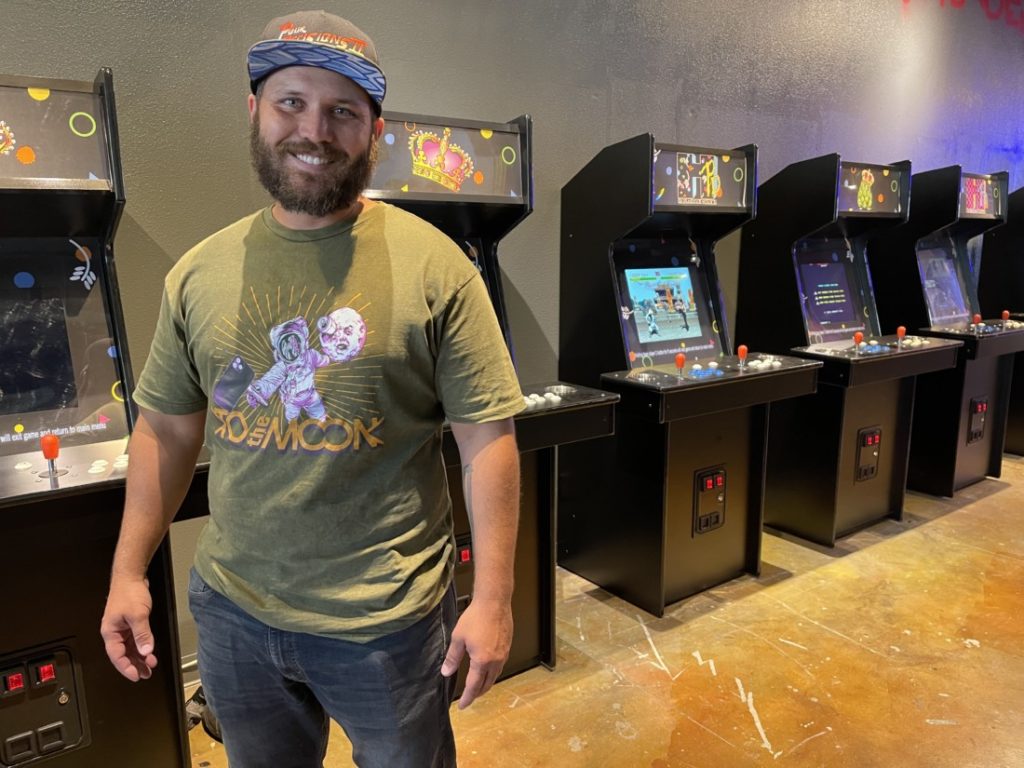 Jonathan Cuilla in the arcade area. Photo by Robert Eliason. 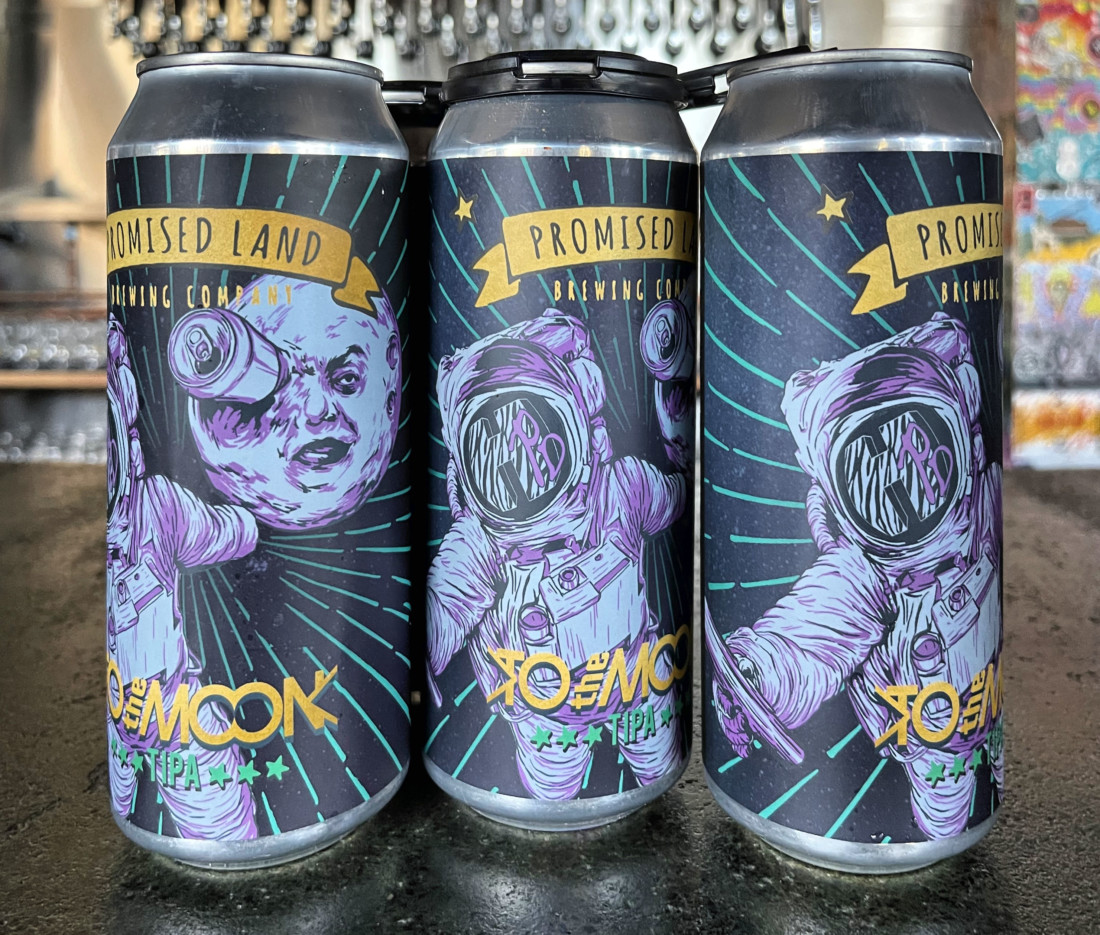 To the Moon beer. Photo by Robert Eliason. 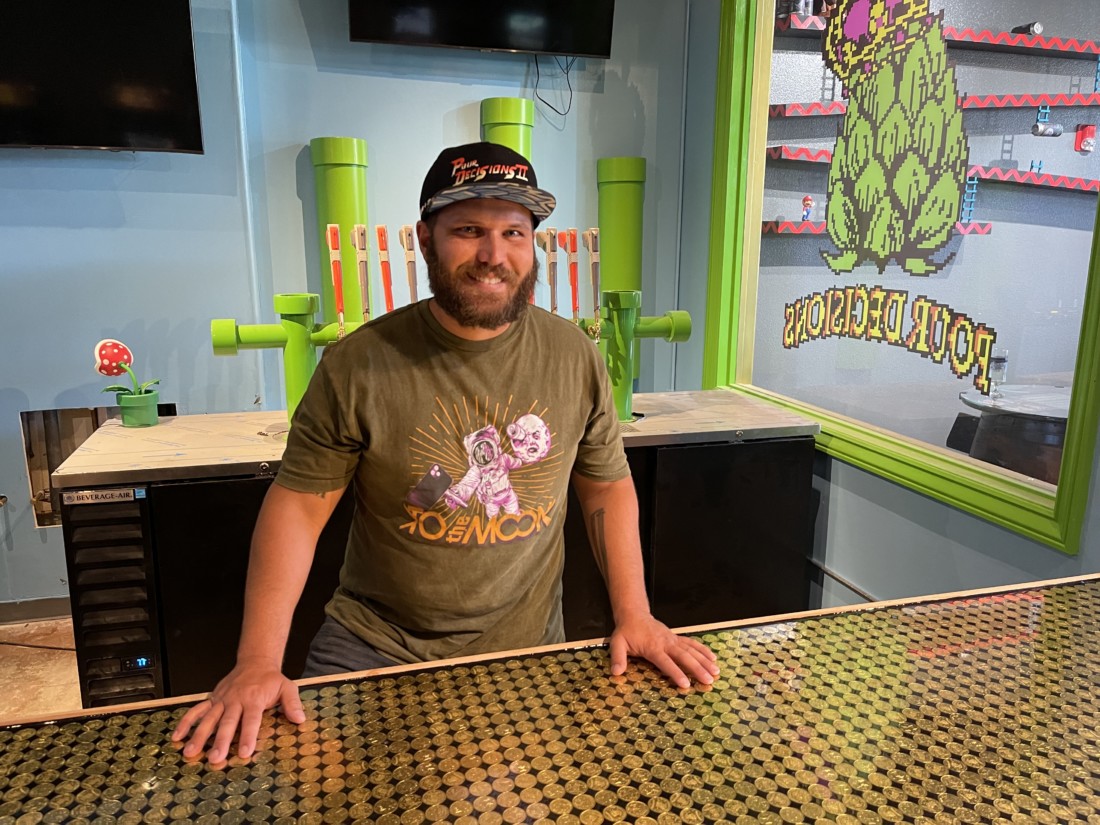 It’s nearly impossible to walk into the newly expanded Pour Decisions Taproom in Hollister and not want to join the fun as the video game-themed decor grabs your eyes and the sound effects of a dozen arcade machines excite your ears.

July 18 marked its one-year anniversary and they met it in style with a party on the 17th, not just with the new seating area, which also offers an expanded selection of beers on tap, but with the debut of its very first craft beer—a collaboration with Gilroy’s Promised Land Brewing Company called To the Moon.

Jonathan Cuilla co-owns the taproom along with Joe Nguyen and Nick Donaldson and it was difficult to figure out what he was more excited about—the expansion, the arcade, the new beer, or just having survived the last year of on-again/off-again COVID closures and restrictions.

Having their grand opening during COVID presented unique challenges; and by opening in mid-July, new restrictions forced the taproom to add outdoor seating with canopies.

The public response to Pour Decisions’ debut was much greater than the owners anticipated.

“For the first three days, we had to shut down early because we kept running out of food,” Cuilla said. “The customer support was great, but it was a challenging rollercoaster over the next few months. We kept having to adapt to whatever COVID threw in our way.”

The gradual lifting of restrictions meant adapting to an ever-growing customer base: stocking more varieties of beer and offering more menu items.

“When the lockdown opened up in February, we had almost too much business,” Cuilla said. “We had to keep being responsible with social distancing, we also had to keep wheeling and adapting. And one thing was that we needed more bathrooms.”

The solution was to take over the vacant  suite beside theirs to accommodate more customers, bringing capacity from 82 customers to a total of 131, not including the parklet. Cuilla describes himself and his partners as children of the ’80s and ’90s and the decor flows from that. The aesthetic of the new space is classic video arcade, with game characters painted on the wall and an overall feeling of being in Super Mario Land.

“The decorations kinda fell in suit after we decided to go game theme,” Cuilla said. “People are going to remember their favorites like Mario, Sonic and Donkey Kong and their minds are blown because it is such a throwback.”

Of course, the addition of 15 arcade machines, pre-loaded with hundreds of classic video games, doesn’t hurt. The new space also allows another 12 beer taps, on top of the 32 they already have—and with 44 separate beers, they claim bragging rights to the most taps in Hollister.

Working on a beer with Promised Land came as a result of the same COVID complications that hindered their opening. Just as Promised Land had opened its own tasting room, limits on indoor customers forced them to start canning its beer instead of offering it on tap. It was a perfect fit with Pour Decisions’ own status as a pick-up-only business.

“We stocked their cans because we want to be big supporters of local breweries,” Cuilla said. “We found Promised Land makes consistently good beer and they always hit the mark. It was an easy choice when we decided to collaborate on a beer.”

Cuilla is encouraged by the response so far this year and sees the increased customer traffic as a good sign for the downtown area.

“People like going to these places, getting a beer and relaxing,” Cuilla said. “My wife and I go to Monterey all the time because they have all these cool brewery spots. It has been fun to see this area develop and mature recently and I think with us and Mad Pursuit Brewing Company, we have a chance to do something like that to bring people into this area.”

Going To the Moon with Pour Decisions

Cuilla let me try the new beer during my visit, shortly before it was introduced to the general public. The label is a playful take on the MTV spaceman, remade in the Pour Decisions image, alongside pioneer filmmaker Georges Méliès’s Man in the Moon, with a beer can instead of a rocket stuck in his eye. The triple IPA itself is as distinctive as the taphouse and a good choice for an inaugural offering.

“Most people think of IPAs as very bitter, like a Christmas tree beer,” said Cuilla. “But at 10%, this is a beautiful sipper. This is a brand new yeast that Promised Land has never tried and there are no off-flavors to it—just very aromatic with no harsh alcohol vibe.”

The aroma is fruity with a slight sweetness and the first sip greets you with a taste of honey and light floral notes. A hazy IPA, it has a full mouthfeel and a good milky texture. I instantly thought of a friend of mine from decades ago who experimented with making mead. The honey here is more of a hint than it is a theme, but it gives the beer a dark sweetness that is accented by a faint toast flavor from the malt, making this a very appealing beer. 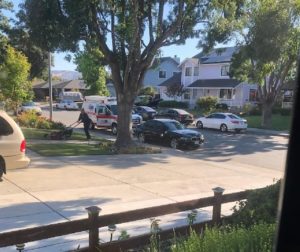 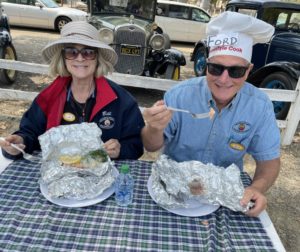 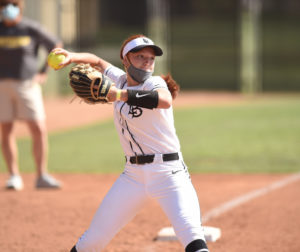