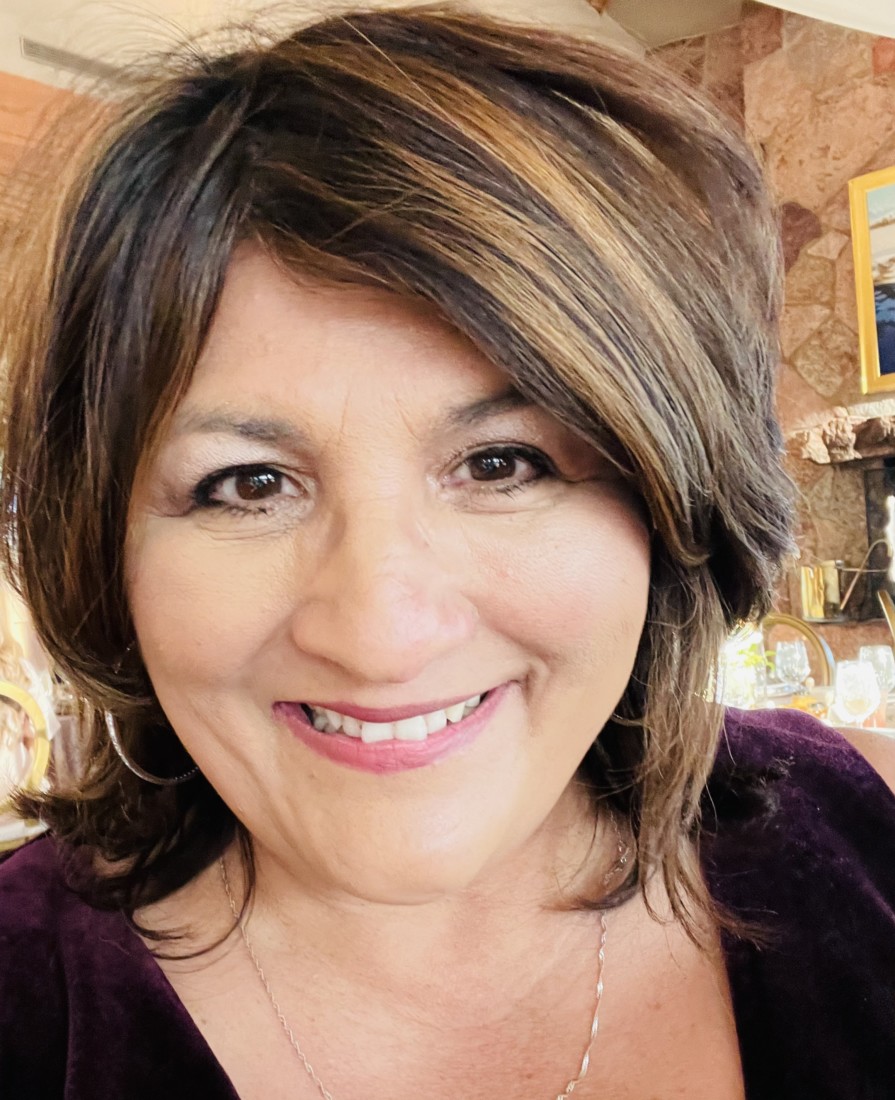 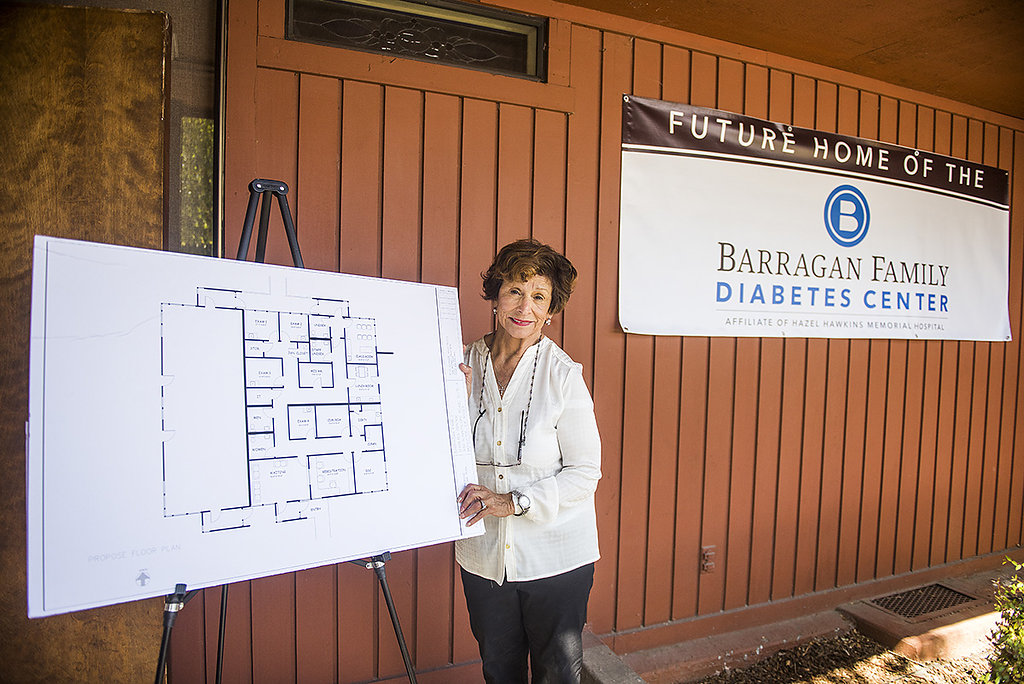 Ray Barragan came home from working at the garlic plant at Gilroy Foods one day and told his wife Mary Ann that he was “tired of smelling like a hamburger.” Exhausted by the job of grinding garlic powder all day, Barragan turned to insurance sales. The company he co-founded, Golden Memorial Insurance, now covers 16 states and employs his three children, Ann Marie, Ray Jr., and Andrew.

“Our business has never really told my dad’s story,” Andrew said. “He was a very humble man, doing a lot of things behind the scenes. And he didn’t need a pat on the back to do it. He always just wanted to help the community out. That’s what he did.”

Barragan’s interest in baseball and football led him to serve on the board of directors of Gilroy Little League and Gilroy Pop Warner. He was deeply involved in youth sports, serving as a coach for both organizations and as a game announcer. He also coached baseball at Anzar High and donated sports equipment, uniforms and a baseball field. In 2011, Anzar dedicated its football field in his honor.

When Barragan began selling insurance, he reached out to the local Latino population, which, at the time, was an underserved community. Aware of the financial struggle some clients were facing, Barragan would accept barter in exchange for their insurance premiums.

His daughter, Ann Marie Barragan, said “When he began, sometimes he would accept tamales from his clients when they could not afford to pay. It was just who he was.”

Ray got his start in insurance in 1978, after his wife Mary Ann suggested he talk to her uncle, Friday Aguilera, who sold guaranteed insurance to soldiers at Fort Ord.

“My mom told him, ‘You’d be a good insurance salesman because you like to talk a lot,’” said Andrew. “My dad tried it out and was doing life insurance and accident insurance. It wasn’t until the early ’80s that he started getting into burial insurance.”

As Ray became more successful, he recruited his eldest son, Ray, Jr, to the business, and in 1987 the two began working with Lincoln Heritage Life Insurance, currently the country’s largest final expense insurer. The company they founded was Golden Memorial Insurance, and it soon became a family business with Ann Marie joining in 1992 and Andrew following in 1993.

“Burial insurance is all we do,” Andrew said. “We don’t do any renters, homeowners or anything like that. It is just straight-up burial insurance. We have grown into a system with regional managers and district managers, and nationwide we have over 2,500 agents that work under the Golden Memorial umbrella.”

“You don’t think about funeral expenses until a loved one dies,” said regional manager Ignacio Solario. “Then you see people who have suffered a loss starting GoFundMe campaigns to raise money or putting little cans in businesses trying to get donations. I had been thinking about that a lot, and when Andrew came to me, asking me to join him, I knew this is where I wanted to be.”

Having burial insurance removes the surprise of the expenses of final arrangements and can provide peace of mind to people who do not have the resources to come up with a large amount of money on short notice.

“Ninety-five percent of our clients are on a fixed income,” Andrew said. “And if you do not have $10,000 just sitting in a bank account, this is a product you need. Death is going to happen—it is just a matter of being prepared for it. And, as Ignacio said, you can see the cans lined up on the counter at restaurants and grocery stores or the car washes where people are trying to raise money.”

Standard life insurance policies are not designed to respond fast enough to cover final expenses, with policies paying out 60-90 days after death.

“A few months might be well and good for the family,” Andrew said, “But who’s going to bury the person in the meantime? The funeral directors want their money upfront. Our goal is to pay the money within 24 hours, direct deposited that night.  We want you to walk into the funeral home with money in your hand. We don’t deal with funeral homes or any of those details. We just pay the amount to the beneficiary. You do what you need to do with the money.”

Golden Memorial has enjoyed steady growth, with $300 million in sales over the last 10 years.

“We just hit our goal of $5 million a month in annualized premiums, which is huge for us,” Ann Marie said. “Never in our wildest dreams did I think we could do that.”

The Barrigan family carried forward Ray’s tradition of generosity after his death in 2008. The first large family project was the Barragan Family Diabetes Center at Hazel Hawkins Memorial Hospital.

“The diabetes center was a vision my father had,” Andrew said, “Dad suffered from diabetes for 46 years but kept on top of it. He was driving to Salinas every day for treatment, and he talked about having a center in Hollister at some point. When he died, my mom took that on and said, ‘In honor of your father, we need to do this.’”

The center opened in September 2018 and will service the estimated 12% of San Benito County’s residents who have diabetes.

“My mom said, ‘Let there be light’ because she saw the need,” Andrew said. “Games scheduled for 4 p.m. are tough for parents to get to because they are just coming home from working. And mom is always about family. She knew how important it was for families to see the games.  When you have lights, you can have the games later, around 6 p.m., and everyone can be in attendance.”

Ann Marie sees the donations as an ongoing honor and duty.

“We were not born into a lot of money,” she said. “Growing up, we saw him give his time and money to help others. He taught us to give back, and it is the only way we know. For us, being recognized for giving to others is strange because it is just what we do.” 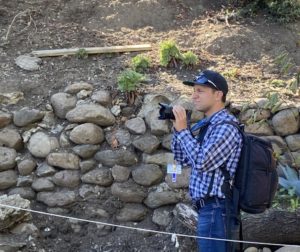 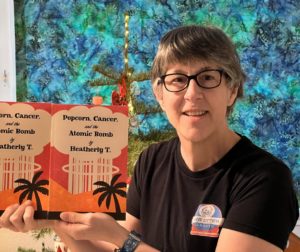 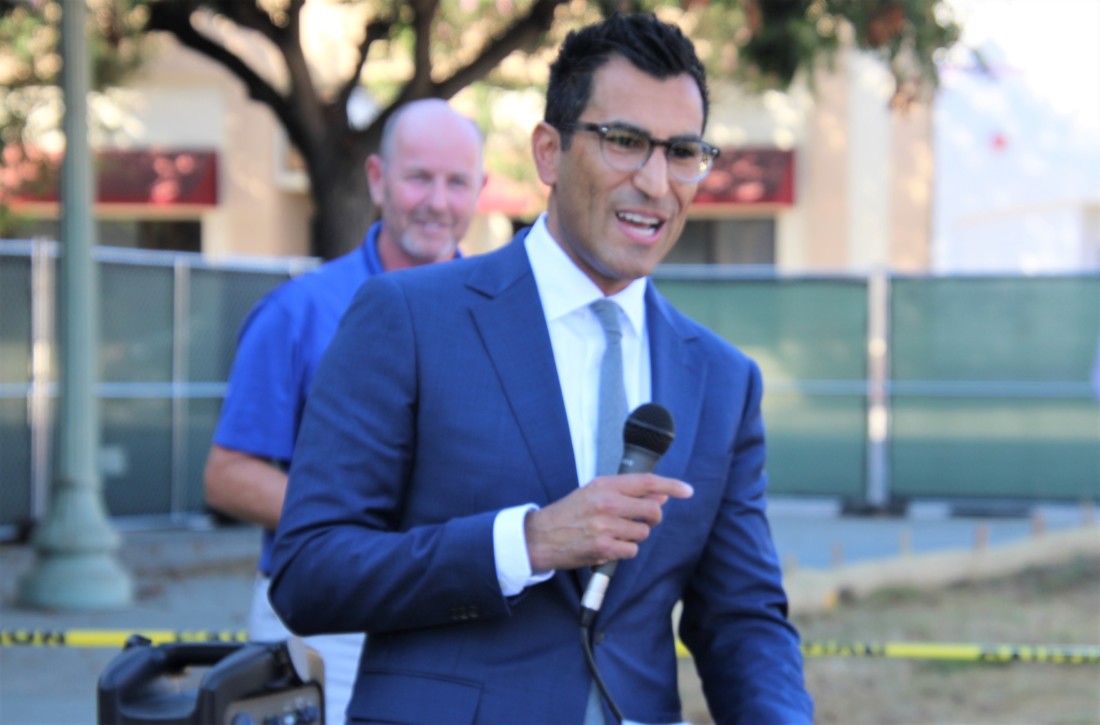