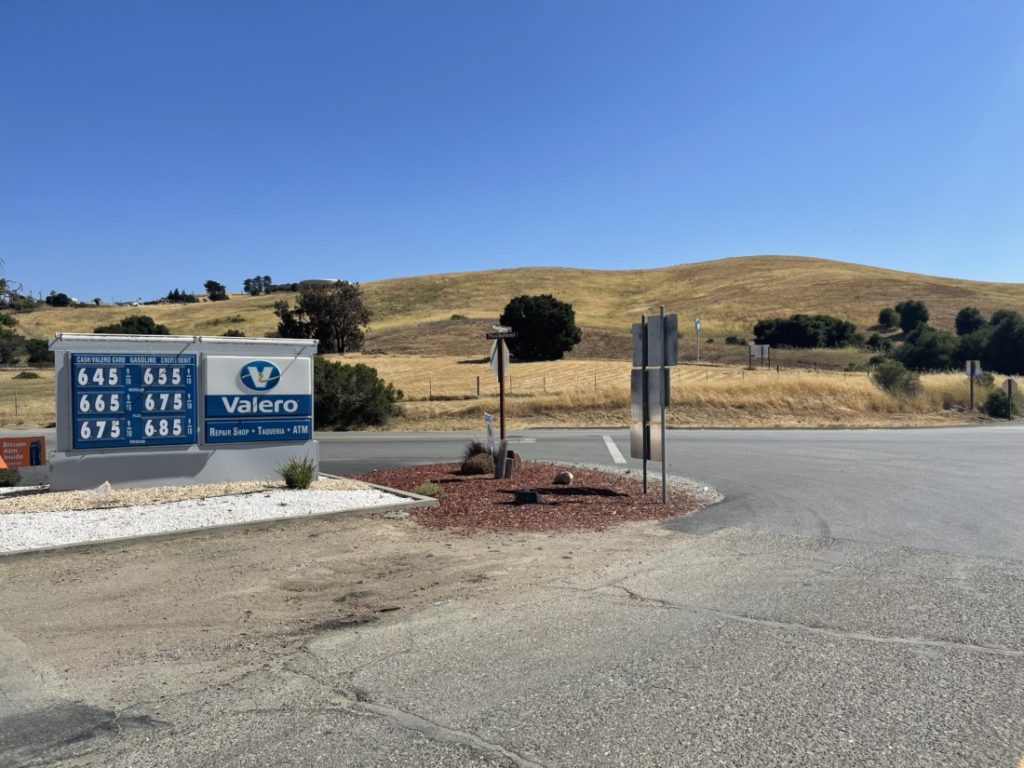 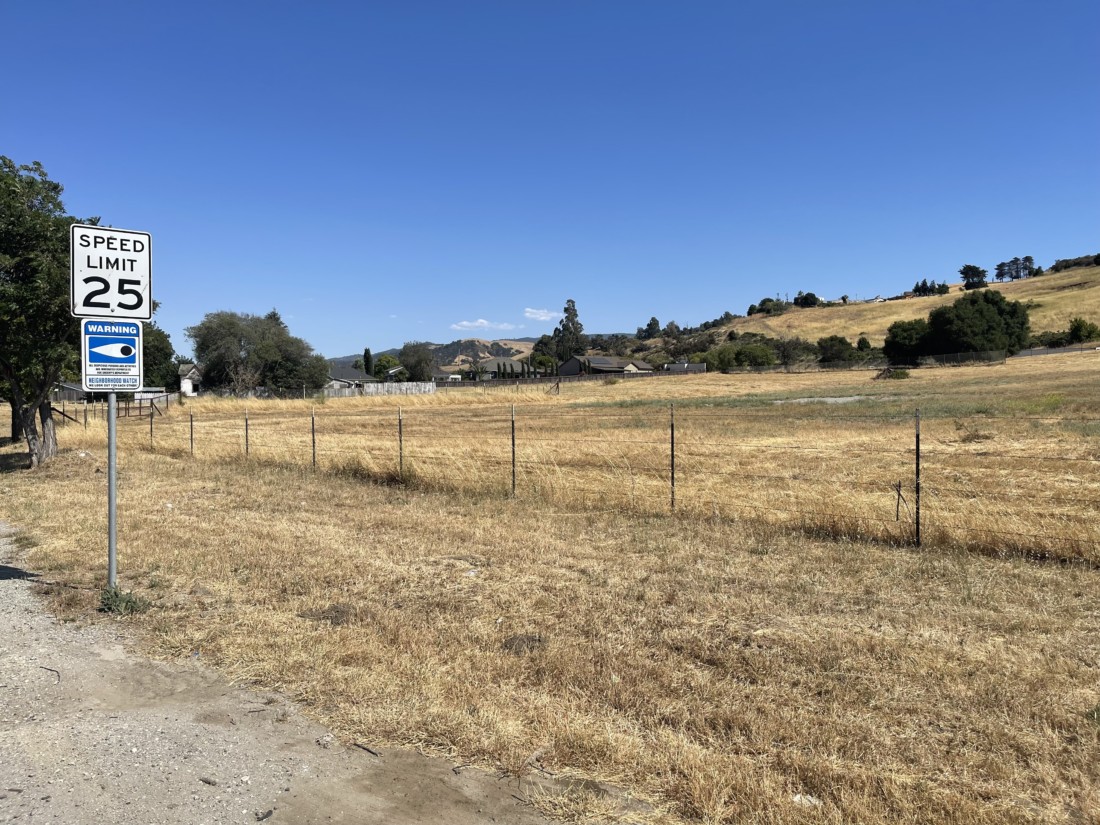 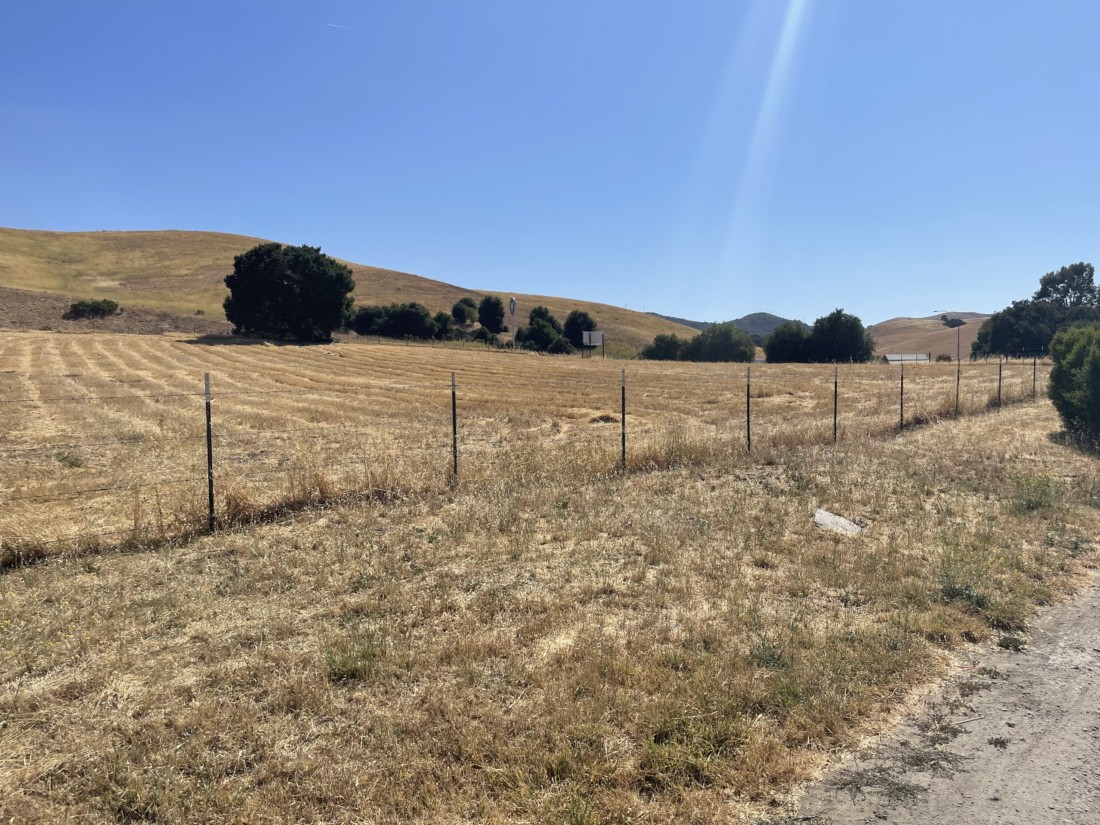 At the same time that San Juan Bautista is creating boundaries for its future growth, the San Benito Health Foundation is planning to build a clinic and 60 high-density housing units on seven acres of land located at the southwestern entrance to the town. No application has yet been submitted to the city.

The foundation also intends to develop 51 acres of agricultural land located on the south of Highway 156, outside the city limits near the southern entrance to the town and across from Windmill Market.

BenitoLink: What did you think of the planning meeting?

Rosa Vivian Hernandez: I just don’t understand the process because my expertise is in running community health interests, not necessarily that topic. I was a little frustrated because I got an invitation to a meeting that morning with other property owners. The property owners provided feedback but it was my impression that the maps that were provided were the result of feedback from the community meetings that I had attended. I wondered where was the input of the 50 or so people who participated in those meetings. And I also did not understand how the meeting last night went forward with no quorum.

At the meeting you attended in the morning, were they discussing other developments?

There was a group of about six people that was discussing our particular properties. They were discussing areas that could or could not have developments because of things like high water tables. And there were areas that were marked agricultural, but they already had a home on them. There were people there who knew about the history of the land and were able to tell us things like one area marked for development was actually owned by St. Francis Retreat and would not be open for development.

What are your plans for the seven acres you own across from the Valero station located at the corner of Muckelemi and Monterey Streets?

For about five years we have been interested in purchasing land in SJB. When we look at where our patients come from, we have a lot of patients who are farmworkers who live outside the area like Monterey and Santa Cruz. In our strategic plan, it looks like it would make sense to have a clinic in SJB. We were interested in the first two parcels for a clinic and the adjacent parcels for workforce housing. The first two were a commercial lot and the third was mixed use.

How many employees do you currently have?

We currently have about 32 employees but we have the capacity of having 55 employees. We are in the process of hiring them now. It was our thought that we would have housing for our employees because it is very difficult to find good housing and many of our employees live in multi-generational housing, with their parents.

Would that be rental properties?

Yes. It would be similar. Our housing initiative is like the one at UC-Santa Cruz, which has a lot of housing for students and employees. We were looking at rental properties that would be owned by the organization but the employees could live in it.

Would it be restricted to employees?

Initially, yes. They would have the first right of refusal. And then we would have employees and some level of senior housing at that location.

How many units would you have at that location?

This has evolved. What we have found is that the property has a capacity of up to 60 units. There are different laws in terms of usage and we have a consulting entity working on feasibility studies. I just got a study saying we could have 58 to 69 units if we were to use 70% of the land. Before we purchased it, there was another plan from the previous owners for about 50 units.

Who are your consultants?

Workbench is the one doing the feasibility study and the other group is Mynt Systems, who are the ones who did our solar project.

Are you connected to Blue Zones at all?

We are not connected to Blue Zones, but I did study the Blue Zones process and was in support of doing a Blue Zone analysis. We are not directly connected to them but we are envisioning a project like theirs that is energy efficient, off the grid, walkable, and modern in terms of technology.

What are the plans for the 51-acre property?

We purchased that before we bought this land and we were envisioning having houses there, medium to low density. That for us is a housing project. We would, again, have some employee housing along with hiking trails and a community garden.

How many houses are you envisioning for that property?

We have not decided yet. We have been focused on the other property and that is the priority right now.

If you only have the potential for 55 employees and you are planning 60 units already, why are you calculating more employee housing?

We are envisioning students coming through as well. We have five to 10 students who come and work with us. Currently, they are renting air b&bs or hotels, so some of the housing will be for them.

Again, if you have 55 employees and you are adding on 10 students, that’s 65 houses at most.

When we open up the clinic and the teaching center, we will probably have the same number of employees, so we want to have the capacity for the residency programs and teaching. We are not envisioning moving staff from our current site, so it would be more appropriate for the housing to be more adjacent to Hwy 101 because we work with CSUMB and the community colleges, as well as the possibility of working with Stanford and UC-Berkeley. So that is why we say the other property will be a service facility.

And would that development be deed-restricted to house only your employees and students?

That would not have students—just longer-term employees or employees who have retired. It might also include senior housing. But we have not really completed envisioning for that property. It would be part housing, part retreat. In the past, we have been approached to use part of the land for a community garden, so there might be a chance of that.

Do you see the possibility that any of the units could be open for the general public to buy or rent?

Probably to rent, not necessarily to buy. It would be more in the sense of affordable housing. We are looking at this as solving the problem of housing, but our employees would have the right of first refusal. But they might not want to live in our community—they might want to live somewhere else.

Is there anything else planned for that property besides housing and the garden?

Not at this time. We have a board that will determine what we will do and we will have to seek federal approval because we are a federally funded health center. But we are not in the business of selling houses. That is not our goal. It may have a child care center or a gym. But it would have to be consistent with the mission of the organization, which is service oriented.

If the public decided it did not want housing at that dense a level, would you be open to compromise? Say 25 units instead of 60?

We would have to talk about that because when we purchased the land, it was approved for 60 units. That is one of the discussions that the property owners had. We need to be clear that we have land that has been purchased as an investment for a particular purpose and if that purpose is changed, then someone needs to pay for that. And with the shortage of housing, why not? It would be selfish not to allow additional housing.

[Note: The design firm Blue Zone, along with EMC Planning Group, a land use planning and design firm, was hired by the city to “reconfigure land uses to increase housing potential in the area.” Their services, according to their website, include “permanent and semi-permanent changes on multiple levels” in communities including “optimizing” city streets, public spaces, schools, restaurants, grocery stores, and employers.]