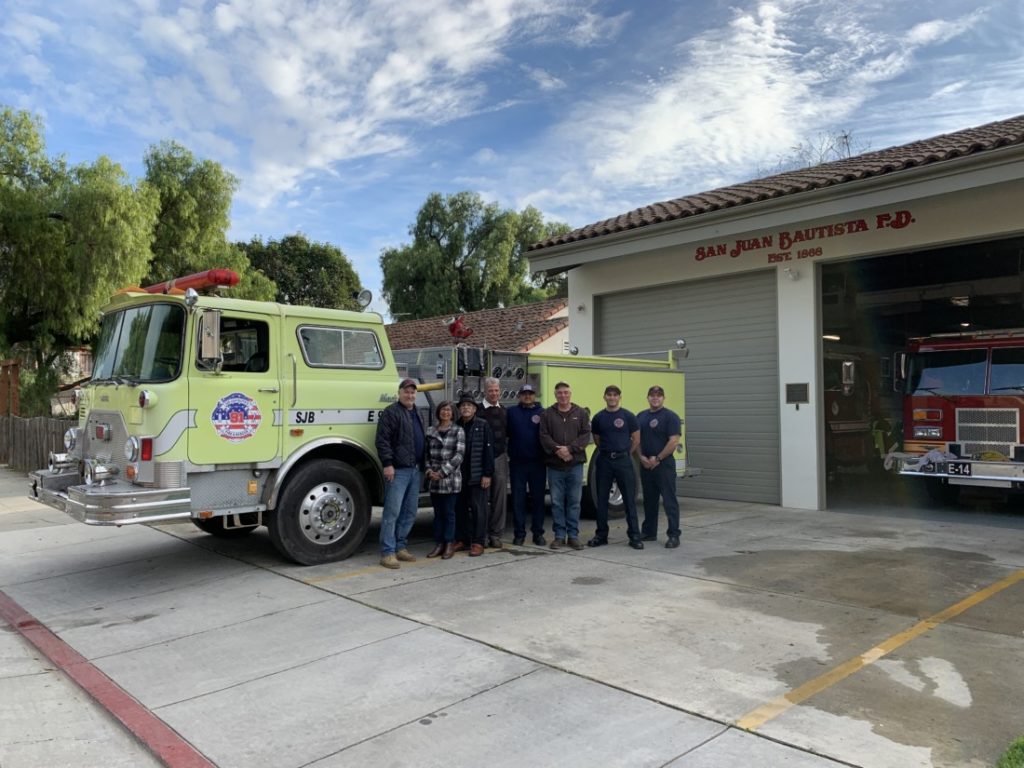 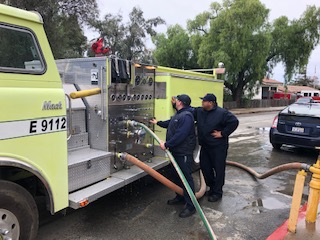 Crew tests the fire engine before it's picked up by charity. Photo provided by City Manager Don Reynolds. 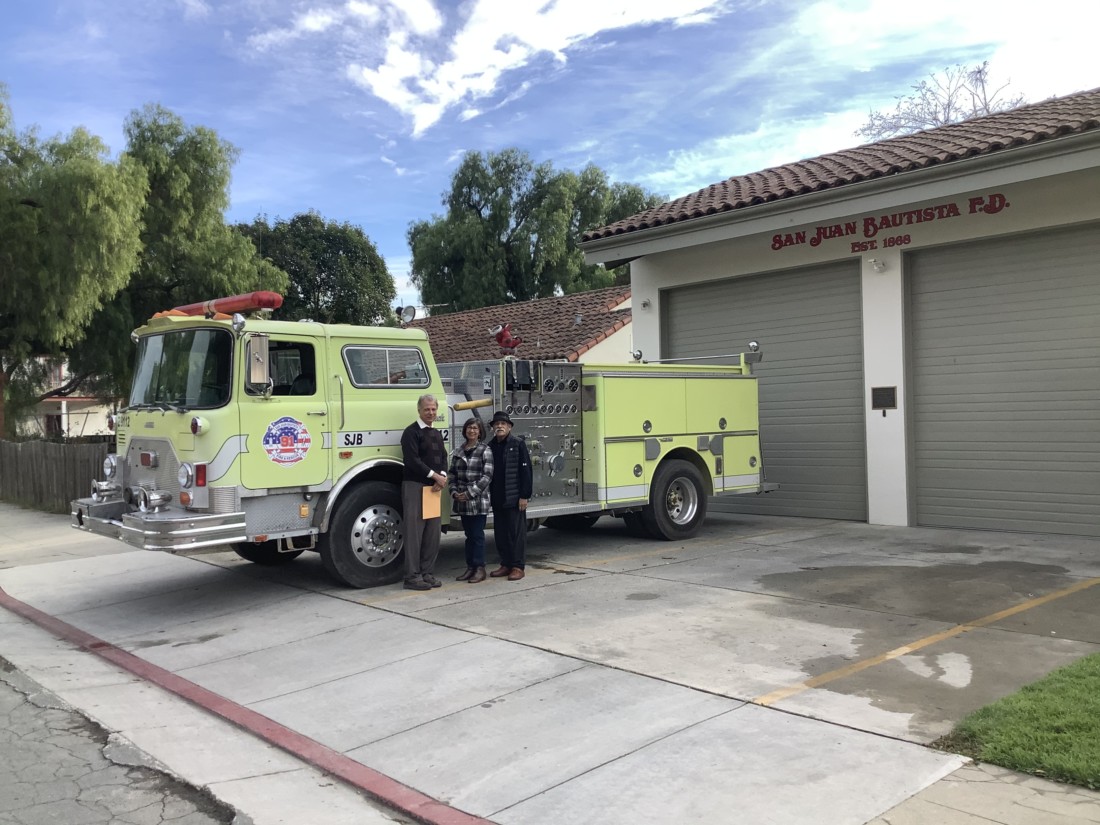 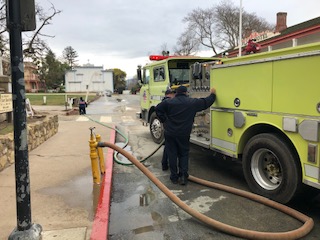 After collecting dust and becoming obsolete, San Juan Bautista donated a 1990 Mack Pumper fire engine to the charity 4 The World. The vehicle was loaded onto a U.S. Air Force cargo plane at Travis Air Base and sent to San Benito, Guatemala, on Dec. 11.

“They rely on a volunteer fire department to serve 54,000 citizens and do not have a fire engine,” San Juan Bautista City Manager Don Reynolds said.

The firetruck has an automatic transmission, seats four firefighters and has a pumping rate of 1,500 gallons per minute. It was donated by San Jose to San Juan Bautista in 2011, replacing a 1980s-era engine.

San Juan Bautista stored the fire engine about five years ago when the Hollister Fire Department assumed responsibility for the area’s fire protection. While in storage, the truck became obsolete as it no longer met emissions standards, and the Department of Transportation outlawed the open cab.

According to a Nov. 19 staff report, the city usually sells its surplus equipment through a municipal bidding company, but because the engine has little or no value, the city decided to donate it.

“We are glad to find a new home for Engine 9112,” the letter says. “We wish this engine to serve you well, and bring much success and happiness to San Benito.”