The new facility in Hollister expects to welcome patients within six months. 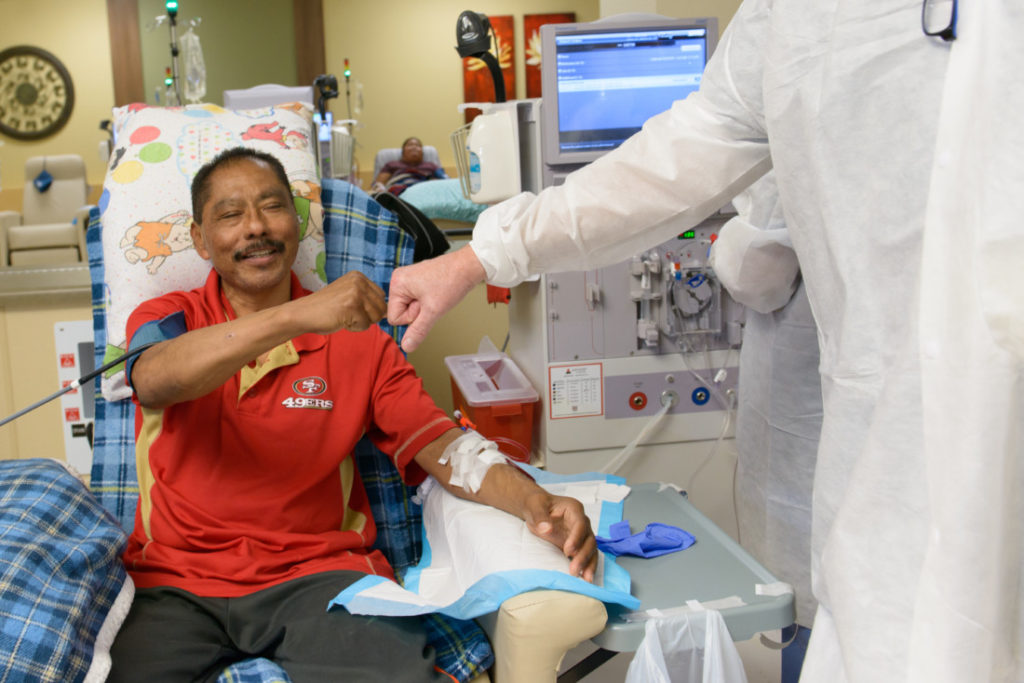 Some residents who need dialysis every week have been traveling out of the county for over 20 years. Photo provided by Satellite Healthcare. 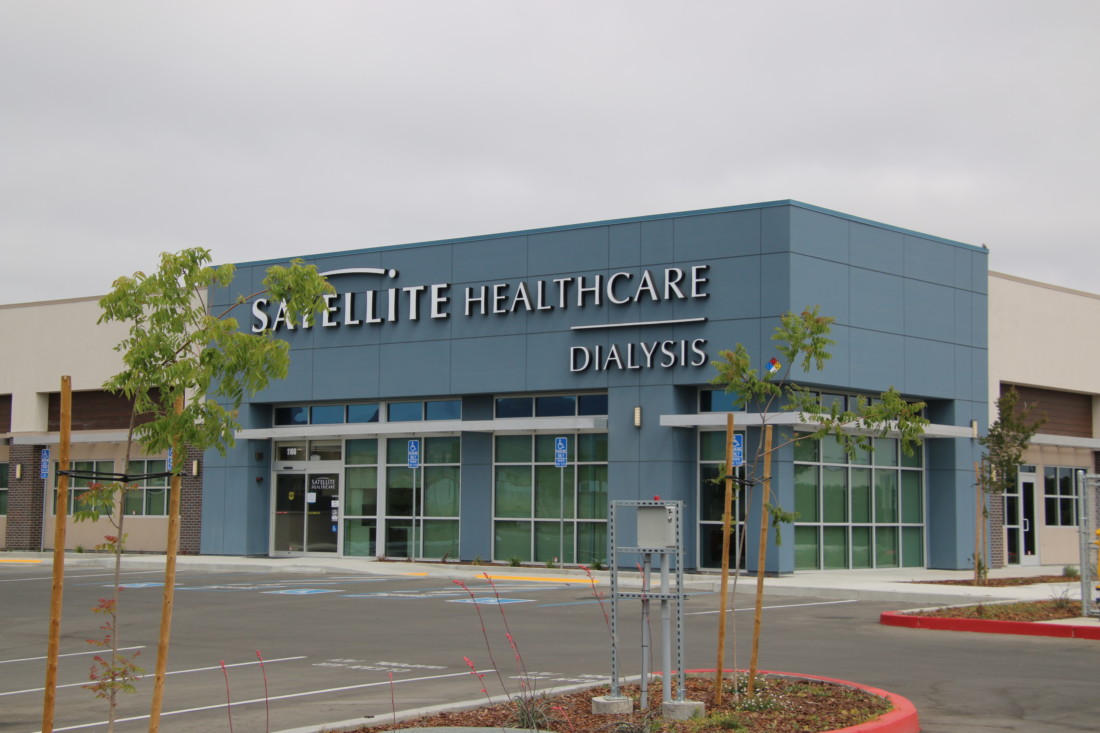 The opening date of the new Satellite Healthcare dialysis center in Hollister has yet to be determined, but once it does it will save those who need dialysis hours traveling out of the county for treatment. Photo by John Chadwell.
×

Even though construction of the Satellite Healthcare Dialysis Center located in the Hollister Farms Shopping Center, along the Highway 25 bypass, is completed, it won’t be opening anytime soon. Meanwhile diabetics and those suffering from kidney disease continue to make hours-long trips to Gilroy and Morgan Hill for treatments.

Colette Boudreau Stall, spokeswoman for the San Jose-based healthcare company, said it could be six months before patients can come to the center. She couldn’t be more specific about when the center would open because of the lengthy certification process by the California Department of Public Health.

“We cannot wait to open the center to provide a better life for dialysis patients of this community,” she told BenitoLink. “In this center we will be providing all dialysis modalities. We can accommodate around 170 patients in this community, and these patients do not have to travel three to four times a week outside the area to get dialysis anymore.”

Payam Pardis, vice president of business development, said Satellite Healthcare has been servicing the Gilroy and Morgan Hill communities since 1994.

“We have been the only dialysis provider in this market and during the past few years,” he said. “Patients living in the Hollister area had to travel long distances to get dialysis treatment on a regular basis. That is why we built another facility in Hollister.”

Stall told BenitoLink the center will have 12 in-center stations and four home-training rooms. She said the company’s business model is to train individuals to do their own dialysis at home. She said in-home dialysis has become increasingly popular for a number of reasons, including COVID-19 pandemic restrictions.

Using 2021 data from the National Diabetes Statistics Report, estimates that 1 out of 10 Americans have diabetes could mean that out of an estimated population of 64,490 in San Benito County, approximately 6,449 have diabetes, and that 21% or 1,354, don’t even know it.

Jamie De La Cruz, a former county supervisor, is likely one of many who are anxiously looking forward to the opening of the new dialysis center. He has been eyeing construction of the center for months in anticipation of being able to stop his three trips per week outside the county to undergo dialysis.

Diabetes is a disease that can cause kidney failure. It prevents the body from producing enough insulin, or prevents the body from using normal amounts of insulin properly. Insulin is a hormone that regulates the amount of sugar in the blood. A high blood sugar level can cause problems in many parts of the body. Dialysis is a treatment that performs some of the functions of healthy kidneys. It’s required when a person’s kidneys can no longer take care of the body’s needs.

When BenitoLink reached out to De La Cruz for a comment, he could not answer the phone because he was being admitted to a hospital in Salinas in an emergency. He told BenitoLink three days later that he had no choice except to enter the hospital because there were no available seats at dialysis centers in Gilroy or Morgan Hill.

De La Cruz had his first kidney transplant in 1989, which his body eventually rejected, forcing him to undergo dialysis until he received a second transplant in 2007. He said he has had to have dialysis treatments three days a week for three hours or more each visit.

“When I was on the Board of Supervisors in my mission statement, I said I wanted to bring a dialysis center to the city and county,” he said. “I contacted Ken Underwood [former CEO of Hazel Hawkins Memorial Hospital] and my doctor, Raymond Carrillo, and through his investment group and Hazel Hawkins they were able to work on the idea of bringing a center here.”

“We currently have three routes to the dialysis centers, two to Gilroy and one to Morgan Hill,” said Pauline Valdiva, Jovenes de Antano executive director. “We go six days a week. Monday, Wednesday, and Friday to Gilroy and Morgan Hill; and Tuesday, Thursday, and Saturday we go to Gilroy. Currently, about 15 clients use our transportation program. It is usually a seven-hours round trip.”

The National Diabetes Statistics Report has analyzed health data through 2018, providing statistics across age, race, ethnicity, education level and region. Data from this report provide perspectives on the current status of diabetes and can help focus prevention and management efforts going forward.

For adults diagnosed with diabetes:

According to the American Diabetes Association’s (ADA) Economic Costs of Diabetes in the U.S., the total estimated cost of diagnosed diabetes in 2017, was $327 billion, including $237 billion in direct medical costs and $90 billion in reduced productivity.

The ADA states that care for people with diagnosed diabetes accounts for 1 in 4 healthcare dollars in the U.S., and more than half of that expenditure is directly attributable to diabetes. People with diagnosed diabetes incur average medical expenditures of $16,750 per year, of which $9,600 is attributed to diabetes. People with diagnosed diabetes, on average, have medical expenditures 2.3 times higher than individuals without diabetes. Indirect costs include increased absenteeism ($3.3 billion) and reduced productivity while at work ($26.9 billion) for the employed population, reduced productivity for those not in the labor force ($2.3 billion), inability to work because of disease-related disability ($37.5 billion), and lost productivity due to 277,000 premature deaths attributed to diabetes ($19.9 billion).