AB 1783, introduced by Assemblyman Robert Rivas, is expected to streamline the process to build farmworker housing on agricultural land. 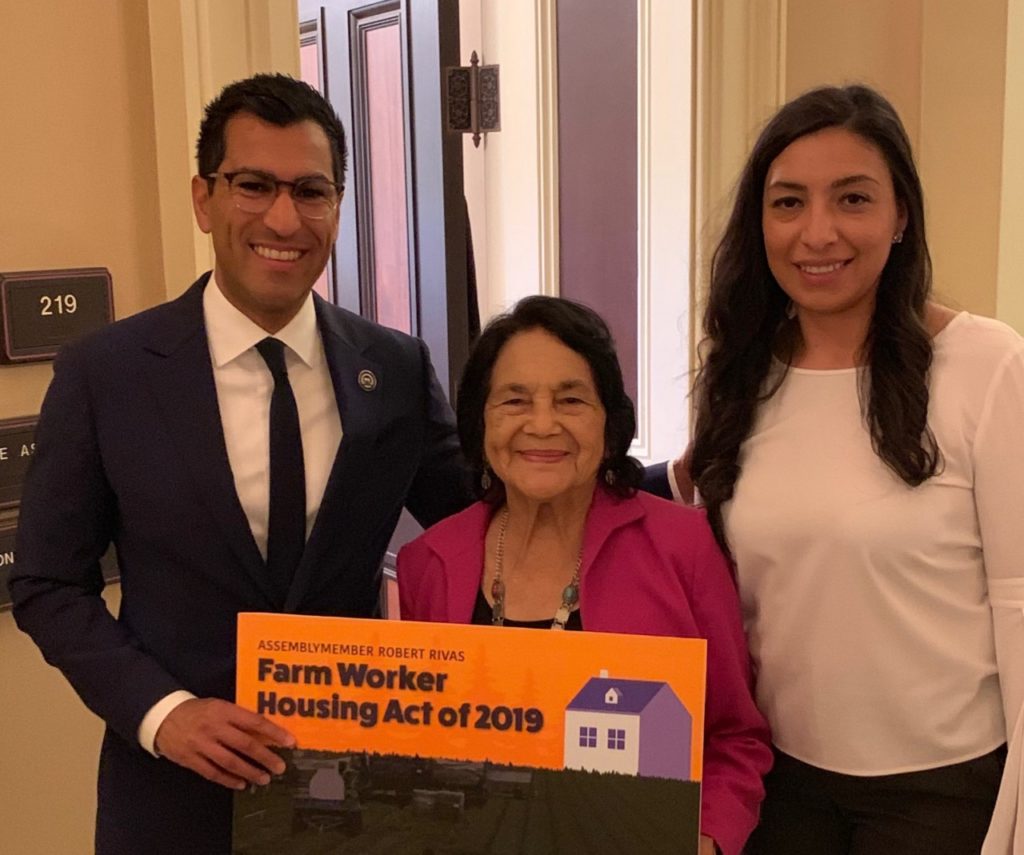 Information provided by the Office of Robert Rivas.

On May 24, the California State Assembly passed AB 1783, the Farmworker Housing Act of 2019. Assemblyman Robert Rivas (D-Hollister) introduced the bill, which is expected to streamline the process to build housing for California farmworkers.

The bill passed with bipartisan support and a 59-11 vote in the Assembly. AB 1783 will now move on to be heard in the California State Senate. Co-authors include State Senators Anna Caballero, Maria Elena Durazo and Scott Wiener.

“California’s housing shortage has been particularly tough on farmworkers and their families,” Rivas said. “As the grandson of a farmworker, I grew up in farmworker housing myself. I know how critical it is that the farmworkers who help feed us and contribute to our state’s economy have a safe and decent place to call home. AB 1783 provides farmworkers and their children an opportunity for a better life.”

According to a recent release, the farmworker housing bill creates a streamlined process to build farmworker housing on agricultural land, sets quality standards to ensure that the new housing is dignified and family friendly, and puts safeguards in place to protect the environment. Under AB 1783, state financial support of farmworker housing will be focused on family-oriented projects rather than a federal, temporary guest worker program.

“I applaud my fellow Assembly leaders for their support of this bill and their commitment to addressing the critical lack of affordable housing in rural areas,” Rivas said. “I look forward to AB 1783 moving through the State Senate, so we may begin to alleviate the overcrowding in farmworker housing, and provide farmworkers and their families the relief they desperately need.”

“This bill is an important step forward, but it is just the beginning. AB 1783 lays the foundation for future legislation that will provide additional resources to build high-quality farmworker housing. Agricultural workers deserve a safe and decent place to live, just like every other Californian.”

Dolores Huerta was present for the vote and praised the effort to build housing for California’s farmworkers.

“I applaud Assemblyman Rivas for taking a bold stand to protect our farmworkers,” Huerta said. “He is right – our farmworker communities are facing a humanitarian crisis. AB 1783 can serve as the foundation of a broad movement to build housing for our workers.”