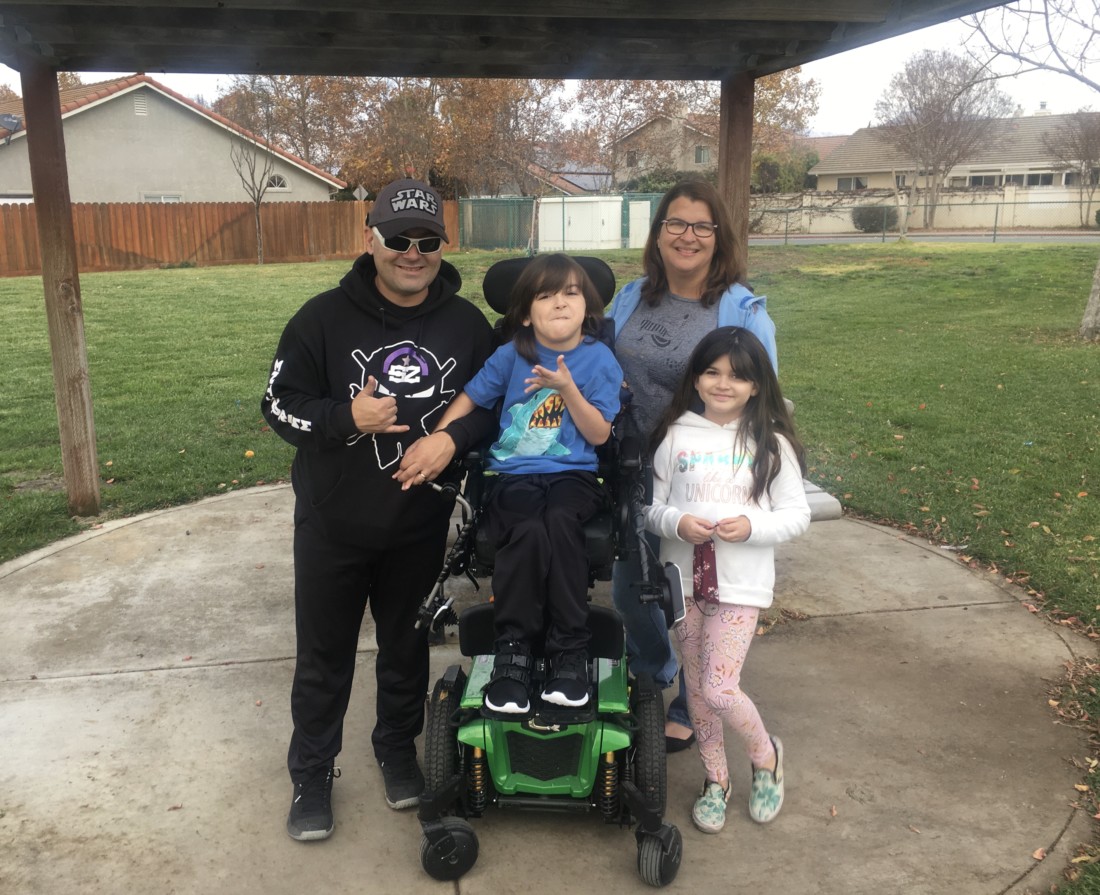 The city of Hollister recently approved local student Jack Preader’s petition to make Frank Klauer Park compliant with the Americans with Disabilities Act (ADA). The accessibility changes will include resurfacing the playground and installing several new structures, including ramps and lifts for kids who, like Jack, 11, have cerebral palsy and get around in an electric wheelchair.

Jack’s mother, Melissa Preader, took him and his younger sister Claire to Frank Klauer Park earlier this fall. At the park, she recalled, “Jack said he was going to pretend to have fun, because there wasn’t anything he could do that would be fun.” Jack’s wheelchair could only move about on the concrete sidewalk that circles the playground.

About a year before, in December 2018, Jack had asked Mike Chambless, then-operations manager with the city, to make the Frank Klauer water fountain accessible to him. Chambless and his workers fulfilled that request promptly, so Melissa suggested that Jack send him another email, making the same accessibility request on a much grander scale.

Jack sent that email on Oct. 14. Chambless responded on Oct. 15 and even asked Jack and his parents to choose some of the features on the new playground. Jack chose a wheelchair-mounting merry-go-round and said, “I picked a sponge flooring and I am excited about the ramp.”

Chambless, who retired from his position with the city on Dec. 4, also selected a large xylophone with a music book and an electronic lift which will enable Jack and others like him to ascend the park’s central tower and go down the slide, among other features.

“While it’s technically ‘accessible,’ according to 1999 rules, it does not meet the current design standards for an ‘accessible’ playground,’” Chambless said of Klauer Park, which has the second-oldest playground in town after Dunne Park. “There have been some leaps and bounds in accessible play in the last 20 years.”

The cost of the park improvements comes out at about $186,000. The funds will come from the city’s Park Development Fund, which has a budget of $3.9 million. “Normally,” Chambless said, when staff request funds from the city, “parks are competing for the same money that goes to police and fire, and normally police and fire wins. Because we were enhancing the park and expanding the facility, it opened up another funding source to us.”

The most important change for residents, Chambless said, is that it’ll remove all the loose-fill rubber out of the playground. “It allows us to go ahead and put in the tiles, which removes any obstacles to [wheelchair mobility] in there,” he said.

Resurfacing the playground with DuraSafe rubber tiles was an especially dear cause to Jack: at present, “he just rides his power chair around the concrete area,” Jack’s father, Mark Preader, told Benitolink. “He’s not able to get on the structures and has nothing to do on any of the structures.”

Chambless said he first learned from Jack that wheelchairs couldn’t ride over the loose-fill rubber. Asked how it felt to teach adults something new about accessibility, Jack said, “It is hard, because wheelchairs weren’t invented yet when they were kids.”

Construction has not started yet, as it has been slowed by budget issues and some staff departures at the city. But Chambless said he expects Jack to cut the ribbon in a reopening ceremony in April of next year.

On Nov. 16, Chambless presented his and Jack’s case for revamping Klauer Park to the Hollister City Council. After his presentation, council members voted unanimously in favor of the ADA changes.

Hollister Mayor Ignacio Velazquez brought up Chambless’ previously stated plans to install accessibility features at all of the town’s parks, and to renovate Vista Park Hill. Chambless agreed that both were necessary, and mentioned an additional need to update the playground at Dunne Park.

The Preaders watched an internet broadcast of the meeting and, Melissa reported, “When the motion passed, both kids screamed in delight.”