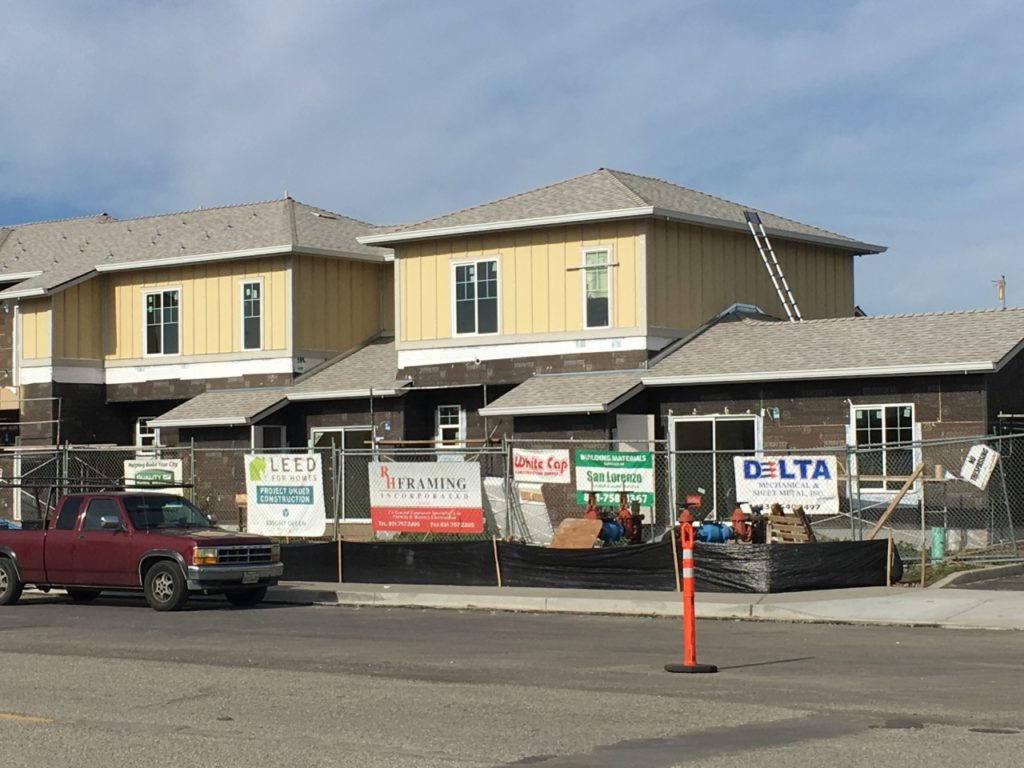 Eleven hundred and eight people submitted applications to be considered for 36 of 41 affordable-housing apartments still under construction through a CHISPA (Community Housing Improvement Systems and Planning Association. Inc.) project. One unit is being held aside for an apartment manager and four others are reserved under a long-term lease program with the San Benito County Behavioral Health Program funded by a Mental Health Service Act (MHSA) grant. CHISPA began accepting applications Oct. 3, 2016 and continued through Dec. 30, 2016.

It would be difficult to determine the odds of the 36 fortunate families being selected, but they have to be right up there with the state lottery, even though Alfred Diaz Infante, CEO/president of CHISPA, objects to the comparison.

Unlike a lottery where numbers are drawn and then one or more individuals who have those numbers are guaranteed winners, the CHISPA drawing that took place Jan. 20 at its office downtown in Hollister, involved a computer program that shuffled the random numbers that each applicant had received. The list was printed out and signed by San Benito County Supervisor Jaime De La Cruz to verify the process had been carried out as described. Afterward, the first 50 numbers would be processed through background checks and employment verifications.

When Diaz Infante told De La Cruz how many people had applied for the apartments compared to the number of units available, De La Cruz commented that the disparity proves the need for more affordable housing in the area.

“In order to be on the list, you had to submit an application or just show an interest?” De La Cruz asked.

Diaz Infante said people had to fill out applications that were then shuffled by the computer. CHISPA chose this method because, in the past when housing units were made available on a first-come-first-served basis, people would camp out days before the drawing thinking that all they had to do to be qualified was be first. Diaz Infante said that wasn’t the case because they still had to meet the background qualifications. De La Cruz was concerned that people who called to say they were interested might think they were on the list.

“They had to submit an application at the office in person,” Diaz Infante explained, “or email it or fax it.”

“I can see it already,” De La Cruz reasoned; “I’m going to get calls from people who thought they were on the list. I just want to make sure so when the public starts calling me about why they’re not on the list.”

Jonathan Bohorquez, director of housing management for CHISPA, told De La Cruz as he sat at the computer that each applicant’s information had been entered into the database spreadsheet. After a couple quick command instructions, the list was instantly shuffled and printed out for De La Cruz’s signature.

Though the signature was not an official requirement, De La Cruz commented that it was done to promote a “public trust, to make sure it’s fair and objective.”

“It’s something we decided to do internally because people want to know what process we used,” Diaz Infante said. “So we wanted an elected official who has been involved, and Supervisor De La Cruz has been very supportive. Being here will let him answer questions his constituents might have.”

“There will be questions,” De La Cruz said, recalling a similar situation in which 1,100 families applied for 30 units. “The need is there.”

Bohorquez said CHISPA will begin notifying those who qualified by mid-February. The apartments are expected to be completed, if not further delayed by more rainy weather, by April. He said that those who do not get an apartment will be added to an “interest” list for future projects that are in the pipeline for San Benito County.

“When we are ready to start receiving applications for those, we will mail or email them a notice telling them they are welcome to come in and apply,” Bohorquez said.

De La Cruz asked about the turnover rate was for renters in CHISPA apartments. Diaz Infante told him it varied.

“In Monterey County and Salinas, we don’t have as many,” he said, “because there’s a lot more interest in living in a community where there are more services, whether it’s more job opportunities, hospitals or grocery stores. We have applications for those waiting in Salinas, but we’re still accepting applications down in King City because there’s not as much interest. I don’t think we’re going to have as much turnover in Hollister. This is the biggest city in the county. There are hospitals here, doctors, and grocery stores. I just don’t see people saying, ‘let’s move somewhere else.’

“Once the residents move in and we see the mix of people, we show them our program so they can see what’s available to them. We ask them what they’re interested in. We have art, music, we have Zumba. YMCA is already one of our biggest partners, so we have agreements with the YMCA in Hollister.”

Mary Sanchez, administrative services manager for the San Benito County Behavioral Health program, said her department has begun to screen applicants for the four apartments being allocated through a mental health grant.

“We make sure they meet all the criteria (a mental health diagnosis) made by the state when they gave us the funds, a little over $1 million,” she said. “We look at clients who can be successful in living independently. They have to be on Social Security because they have to contribute a portion of their income for rent. It will be subsidized, but there will be approximately out-of-pocket of $250.”

Case managers will provide support by teaching these residents how to budget, pay for utilities, cook and wash their clothes.

Gabriel Torrez, vice president of operations for Central Coast Residential Builders (CCRB), a subsidiary of CHISPA, and the general contractor for all of its housing projects, said planning for the San Benito County project began in 2008, when the property was purchased. He said the main delay in construction was acquiring financing.

“Tax-credit financing for the multi-family components is one of the most difficult to acquire,” he said. “It’s a very competitive process. The single-family homes, we had that initial design fairly early. The trigger point was having the multi-family financing (through Well Fargo Bank) ready and in place.”

The apartments will be comprised of one-, two-, and three-bedroom units that will range from 800 to 1,100 square feet. The apartments will come in clusters of up to eight units. In addition to the community center, there will be a community garden area and solar-covered parking structures.

“We’re building under the U.S. Green Build Council’s LEED Gold Certification,” he said. “The single-family homes are built under today’s green building (Cal Green) standards, offering high-efficiency windows, insulation, roofing materials, and anything we can add to those homes to save energy.”

“If people earn that income level they should be able to get the approvals from local financing agencies to qualify for a typical mortgage for these homes,” he said. “If they need additional subsidies, the City of Hollister has down payment assistance money that I believe is up to $30,000 that they can get.”

In some cases, CHISPA will provide what is called an "excess equity note," which means that if it sells the home for less than the appraised value, CHISPA may put what is called an excess equity loan on the property that is equal to the difference between what the home sells for and what it is actually worth at the time the sale closes.

This funding must be repaid to CHISPA if the buyer sells the home. That way, if CHISPA sells the property for less than the appraised value because they are trying to keep it affordable, CHISPA prevents the buyer from potentially making windfall profit by turning around and re-selling it at market rate.

“We’ve done these types of developments before in Salinas where we set these homes aside for local agencies to provide homes for first-time buyers who work for those agencies,” Torrez said.

He said the entire site is comprised of five acres, with 3.2 acres devoted to the apartments, which he said is somewhat denser than what is typically desired.

“We are in talks with other developers in town to bring in other developments and we’ve given them this footprint to include in their future designs,” Torrez said. “But knowing what we know with this one, we’d rather have them a little larger in acreage to have a little more room for all the underground utilities to make things work a little bit more comfortably.”

Despite rejection of Measure N in November, plans could still be approved through a normal permitting process. 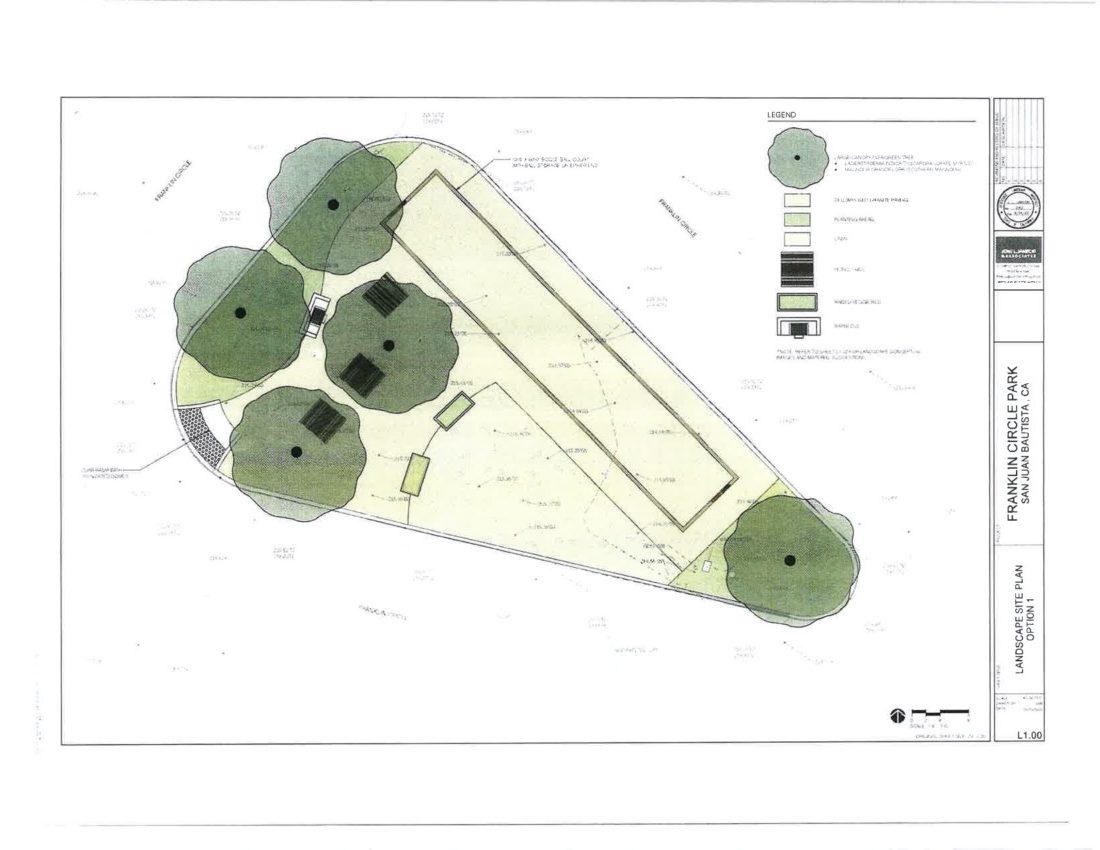 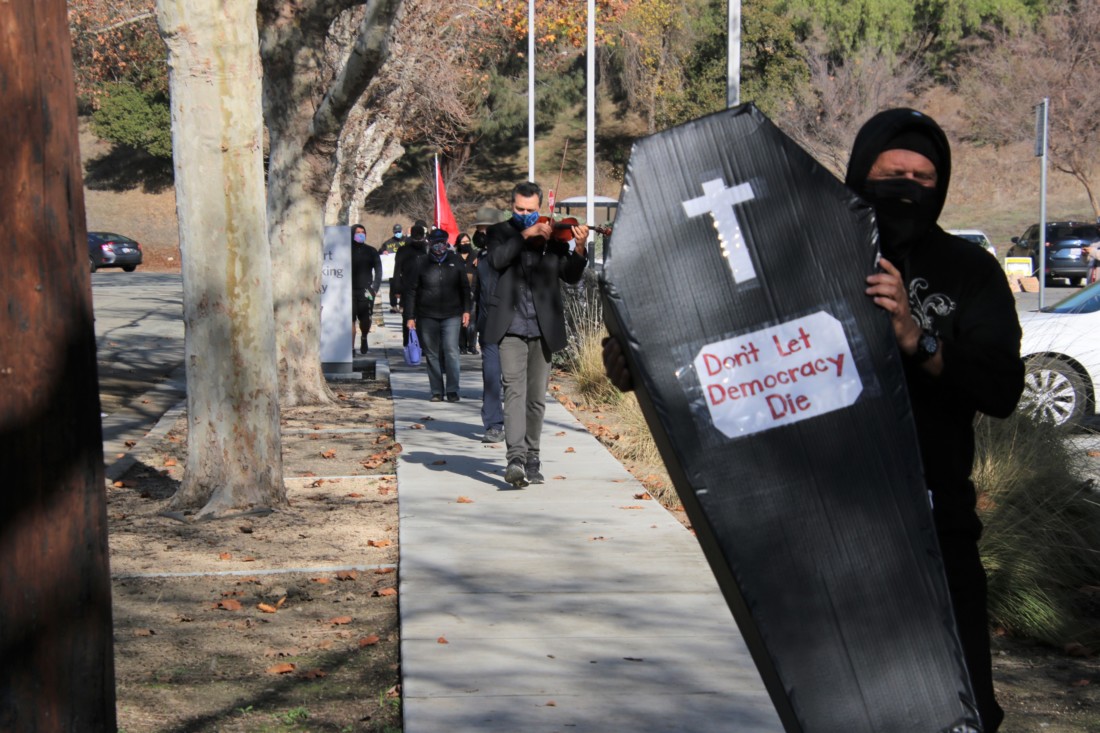 Land use group says supervisors and developers have eroded their success with the No on Measure K initiative from the March primary election.