With its sixth letter written to Pope Francis and two scheduled press conferences, the Amah Mutsun Tribal Band is hoping that the Catholic Church will jettison Serra's seemingly inevitable sainthood 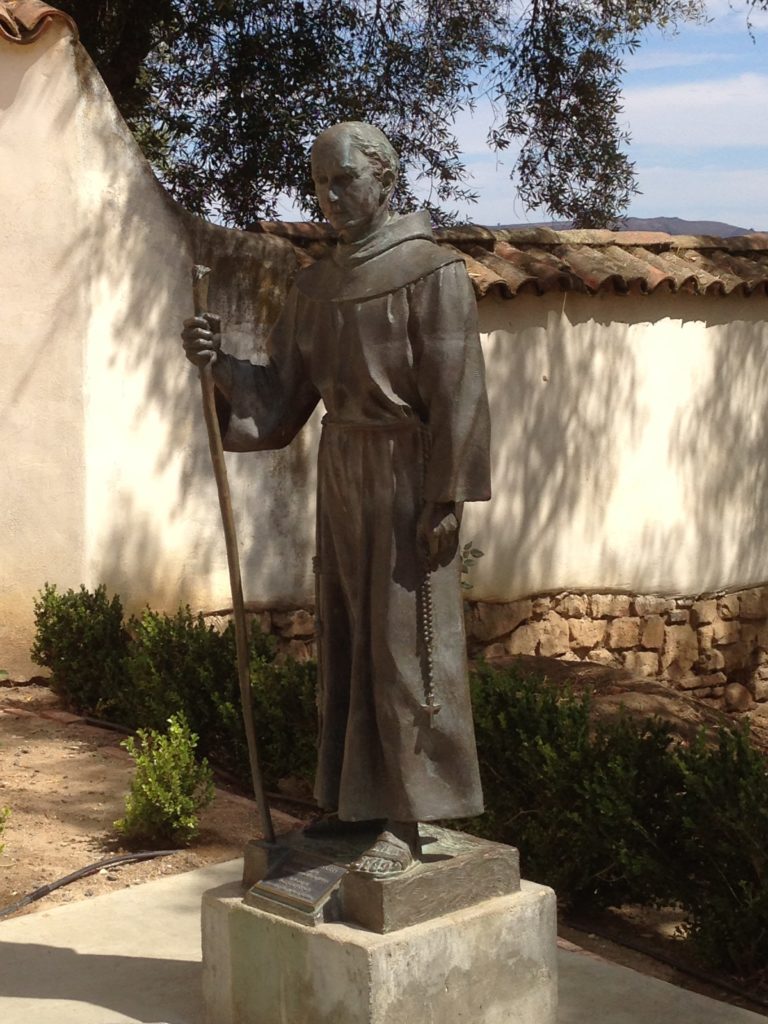 Another letter written to Pope Francis and two, upcoming press conferences are part of an eleventh hour push by the the Amah Mutsun Tribal Band to halt the canonization of Father Junipero Serra—an event scheduled to take place when the pope visits Washington, D.C. in the coming week.

Descendants of the mission Indians of Missions San Juan Bautista and Santa Cruz, the Amah Mutsun contend that Serra, the architect of California’s mission system, built an institution that exterminated California’s indigenous peoples through slave labor and disease, while suffocating native culture through forced assimilation.

Since Serra’s canonization was announced by the Catholic Church earlier this year, the tribe has intensified its efforts to derail Serra’s road to sainthood.

While at the United Nations in late April, the tribe’s chairman, Val (Valentin) Lopez, decried Serra and the mission system, first in a meeting with a representative from the Permanent Observer Mission of the Holy See, and then before an a UN advisory body, where he called upon the world to join he and his tribe in opposing Serra’s canonization.

In July, the tribe held a day of prayer on the lawn area in front of the San Juan Bautista mission, hoping that their invocations would reach the pope in time to thwart Serra’s sainthood.

A flurry of letters to representatives of the Church, as well as two to California Gov. Jerry Brown, have also been part of the tribe’s campaign against Serra.

A letter addressed to President Obama accompanied tribal youth member, Julissa Lopez, when she attended the first-ever White House Tribal Youth Gathering on July 9. But because of security issues, attendees were told in advance that letters, gifts, and other items intended for the president wouldn't be accepted.

Recently, the tribe sent its sixth letter to Francis. Following the format of previous letters to the pontiff, the tribe introduce itself then described a litany of reasons for its opposition to Serra, including “Serra was the architect of the mission system that destroyed and exterminated Indian peoples and cultures; The truth has never been told about California Indian history by the Catholic Church, the State of California or the United States of America; and Serra did not evangelize as neither Jesus nor St. Francis of Assisi taught.”

Ahead of the Sept. 23 celebratory mass canonizing Serra, the Amah Mutsun will join others in denouncing the Spanish friar’s upcoming sainthood in two scheduled press conferences. The first occurring on Monday, Sept. 21, at St. Peter’s Church in New York, and the second on Tuesday, Sept. 22 at the Plymouth United Church of Christ, Washington D.C.

Prior to this article’s publication, an effort to contact the tribe's chairman, Val Lopez, for comment was unsuccessful.