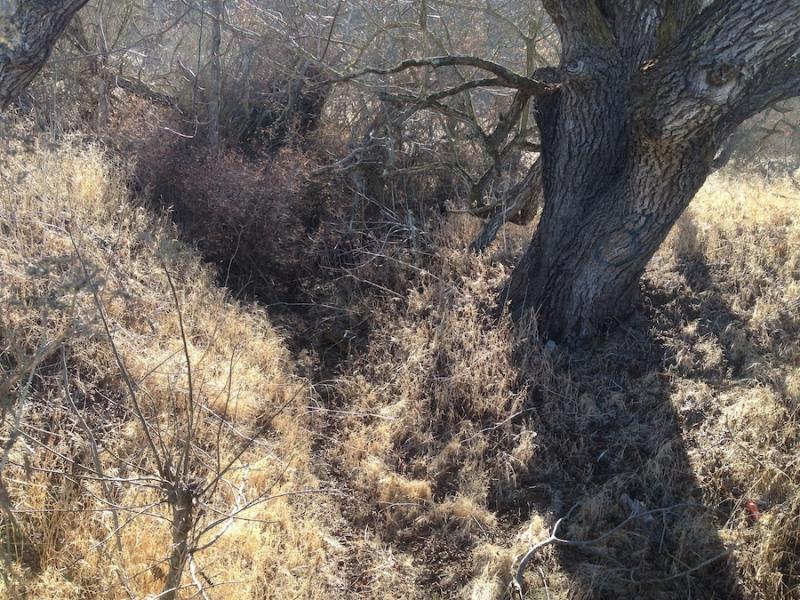 Wx Headline; Critical Temps possible at only the coldest Stations at night, with Record-Setting max temps at the hottest Stations during the afternoons.  Dry conditions prevail during the 16 Day period according to many of the GFS forecast charts, unfortunately…ending Feb 2 which if those charts verify, will close January with Historic Record-Setting dryness for the month and for the season.  There is much uncertainty regarding a potential storm system developing in close proximity to CA on Jan 31/Feb 1 as to whether it will reach CA or not.  Models are answering…yes/no/yes/no/yes/no

Observations this morning show the nearest precip to CA is flowing toward the Olympic peninsula, with most of the CONUS very dry.  Satellite Imagery this morning shows high cloudiness spreading northward thru CEN/SOCAL which may cap-off the afternoon temps early.  Not sure if they are thick enough to impact out-going radiational cooling for tonight, which will offer a problematic forecast for tonight’s minimums.

The latest CPC US Seasonal Drought Outlook valid thru April 30

24hr Precip Summary highlights to 9am Sunday; none

Sun, Jan 19th               While the RRR High Pressure maintains its dominance over the West Coast it does continue to weaken, a trough digs southward from the Aleutians down to 30N, then veers sharply north as it hits the ridge at 140W.  At the same time a subtropical plume erupts from the ITCZ south of Baja, streaming northward.  Temps in CENCAL near or at persistence, with light winds.  Expect more record max temps.

Mon, Jan 20th              The RRR High Pressure ridge re-intensifies to 576dm heights up into OR and builds northward thru Western Canada into the ARCTIC region, as the storm from the Aleutians reaches 140W and is turned abruptly northward taking its heavy rains once again into southern Alaska.  Temps over CENCAL mostly into the 70°’s, with mild/dry conditions prevailing over CA with frosty mornings and warm afternoons setting new record temps.  Further south the subtropical plume of moisture is traveling northward west of the southern Baja coastline.  A southerly flow pattern bring heavy rains into the Alaskan panhandle and northern BC, Canada coast from the storm that is weakening out at 140W.  Further west an intense storm is crossing the Dateline at 40N which is attached to a long-fetched AR that trails SW into the Indonesian Maritime Continent.

Tue, Jan 21st                The RRR High Pressure ridge weakens slightly as a minor shortwave approaches the PACNW.  Further west the larger storm intensifies to a 510dm height, with High Pressure built into Alaska.  Skies over CA remain fair/mild and dry with continued frosty morning at the cold spots and record-setting heat during the afternoons.

Wed, Jan 22nd              The RRR High Pressure ridge builds northward along the West Coast NA.  The previously mentioned small disturbance that was moving into the PACNW, dives rapidly southward into western NV, producing a N flow pattern over CA.  Skies over CENCAL remain fair, with frosty mornings in the colder spots and record setting heat during the afternoon.

Fri, Jan 24th                 An impressive Atmospheric River (AR) stretches from the Alaskan peninsula SW to the Maritime Continent with a wide significant feed of moisture aiming NE.  Extremely heavy rains are falling along most of the Alaskan coast!  The West Coast High Pressure cell is nosing onshore into western WA/OR and SW BC, Canada with a E flow pattern for CA producing more persistent wx, dry/mild conditions.

Sat, Jan 25th                The main features remain relatively stable with the AR continuing to feed heavy rains into the Alaskan peninsula with fair/mild conditions over CA.

Sun, Jan 26th  shows the long fetched AR rains sag south into BC, Canada as the AR supply of moisture tapers off at the south trailing end.  Weak Low Pressure circulation west of San Diego keeps NOR/CENCAL in a E to NE flow pattern with more persistence of dry/mild conditions.

Mon, Jan 27th shows the sourcing of the AR severing as a ridge builds near the Dateline, however the trough in the GOA picks up a new moisture source from near Hawaii.  CA remains in persistence with dry/mild conditions.

Wed, Jan 29th shows a zonal NW type of flow pattern across the NPAC basin aligned from the southern tip of the Aleutians SE to the OR coast bringing a wet/cold flow pattern into the BC, Canada coastline and spreading into the PACNW attaching to the Hawaiian AR.  CA remains fair with some increased clouds over NORCAL.

Problematic forecast with much at stake from this timeframe forward, as a major storm system develops in the PAC basin.  For many days now models and been developing this particular storm system, so its existence has a high confidence level.  It trajectory has a LOW confidence level.  Some of the recent past GFS models indicate this may reach into CA, while other more recent charts hold it offshore due to the persistent High Pressure.   So… this forecast period is highly uncertain and should be monitored closely with each model run…due to the importance of CA getting a much needed LARGE/WET storm…and this could be it…at least for NORCAL!

Thu, Jan 30th shows a major developing in the mid PAC basin as the GOA trough re-attaches to the Kona Low Pressure near Hawaii.  Ahead of this feature a large subtropical plume AR flows NE’ward.  High Pressure over CA shunts this developing storm north according to the 12Z GFS, but not according to other models.  Overnight this system develops into a large/wide AR flowing into the BC, Canada coast.  High Pressure is indicated over CA…this is highly questionable and problematic.

Fri, Jan 31st shows the biggest/wettest storm of the season with the longwave trough stretching from the GOA SW to Hawaii with a very well established wide full-blown AR flowing NE into BC, Canada.  The 12Z GFS indicates that High Pressure dominates CA and holds the rains far west of CA.   Other models disagree and move the storm activity at least into NORCAL…so once again this is highly questionable and problematic.  Overnight the PACNW is drenched with heavy warm rains.

Sat, Feb 1st  shows the impressively large GOA Low Pressure extends south to Hawaii with the AR heavy rains continuing into southern BC, Canada and the PACNW with clouds reaching into NORCAL.  CEN/SOCAL remain in persistence.

Sun, Feb 2nd  shows the heavy AR rains continue to flow into the PACNW, while CA remains dry because of you guess it…High Pressure.

Mon, Feb 3rd shows the High Pressure over CA weakening which allows the moist flow to reach into NORCAL, while CEN/SOCAL remain partly cloudy and dry.

Persistence at hand for the near term at least, with the addition of high cloudiness at times, the RRR High Pressure ridge continues to produce dry conditions, record-setting max temps, light winds, poor air quality, clear to partly cloudy hazy skies and frosty mornings in the coldest regions.  The highly amplified pattern continues like a broken record with forecast charts trends suggesting the ridge axis is reinforced, which would imply additional days of warmth, with a dry offshore flow pattern continuing.  If records are set again Sunday it will mark the seventh consecutive day of RECORD-SETTING temps for CA.  The deterministic models seemed out of place with the “ridge collapsing” next week and have now retracted.  Given the semi-permanent nature of both the Hudson Bay Low and the RRR High Pressure near the West Coast, the GFS usually too aggressive and too quick with breaking down an extremely stable upstream ridge when this type of winter pattern becomes established over the NA continent.  The models contain too much spread and deviations to recommend a particular solution beyond Day 11 for sure. Days 1 -10 looks like the status quo for CA.  Given the amplitude and stability of the RRR High Pressure ridge, which is tied also in large part to the blocky pattern emerging downstream over the Hudson Bay, eastern Canada and eastern CONUS dry conditions for CA are likely to continue at least 10, and probably 12 Days.  Days 13 to 16 are highly questionable and in a major state of flux, flipping from extreme wet to continued extreme dry.  Today’s 12Z Operational run of the GFS suggests dry conditions continuing for CA thru the 16Day timeframe with some light amts over the far NW counties as is depicted in the 384hr QPF chart at the bottom of the report.  In comparison, the wetter models shift the High Pressure ridge west to the Dateline which allows for a deep Low Pressure longwave trough to establish itself offshore the PACNW and extending SW to north of Hawaii, which ties into an impressive Atmospheric River (AR) erupting from near Hawaii.  This solution is the wettest scenario because the AR connection ramps up the prefrontal warm sector PWAT’s, thus producing heavy rainfall rates.  This has been progged “off and on” several times, for Jan 31/Feb 1 timeframe. The flip/flop dry scenario incorporates the same set-up as the wet scenario with the longwave trough extending to Hawaii with the attending AR moisture feed, however the difference is that High Pressure remains firmly entrenched over CA, thus shunting the storm trajectory northward into OR.  So the big question is not whether the trough or AR set-up properly, it’s a question of whether the CA High Pressure will open the storm door or not.  One more point; the diurnal temps swings each day that are occurring are phenomenal and have never been seen before in some portions of CA for this time of year…for this long of a timeframe.  Here’s an example; San Luis Obispo had a high of 90° and a low of 40°…a spread of 50° during one 24hr cycle!  “Amazing” and “ridiculous” are just a few of the choice (printable) words being used frequently by meteorologists for the past several weeks to describe CA wx!

At 12Z (9am) Tuesday thru the period Saturday night (Sunday @4am) shows; Sun, Mon, Tue, Wed DRY, with light showers >0.1 inch for the Sierra Crest region on Thu.

Days 9-16 shows up to 0.5 inch for the far NW coastal region with up to 0.25 inch from Ukiah NE to Tule Lake and >0.1 inch from the north Bay region NE to near Susanville, as is depicted on the chart below ↓

Today 12Z 9am Sun morning GFS 384hr, 16Day QPF Chart, showing the removal of precip for all of CENCAL, and a dramatic decrease for NORCAL as compared to previous model runs.

Water Vapor 4KM Image of the West Coast at 8am Sunday, January 18, 2013, shows the influx of high cloudiness spreading over CEN/SOCAL, with very dry air over the Bay and Delta region.

Enhanced Satellite Image of the CA at 8am Sunday, January 18, 2013, shows high cloudiness spreading over portions of CA, with a weak circulation west of San Diego.