Approximately 200 people gathered along Rustic Street where the shooting took place to silently honor the two young men who were slain in the driveway of one of the family’s homes. 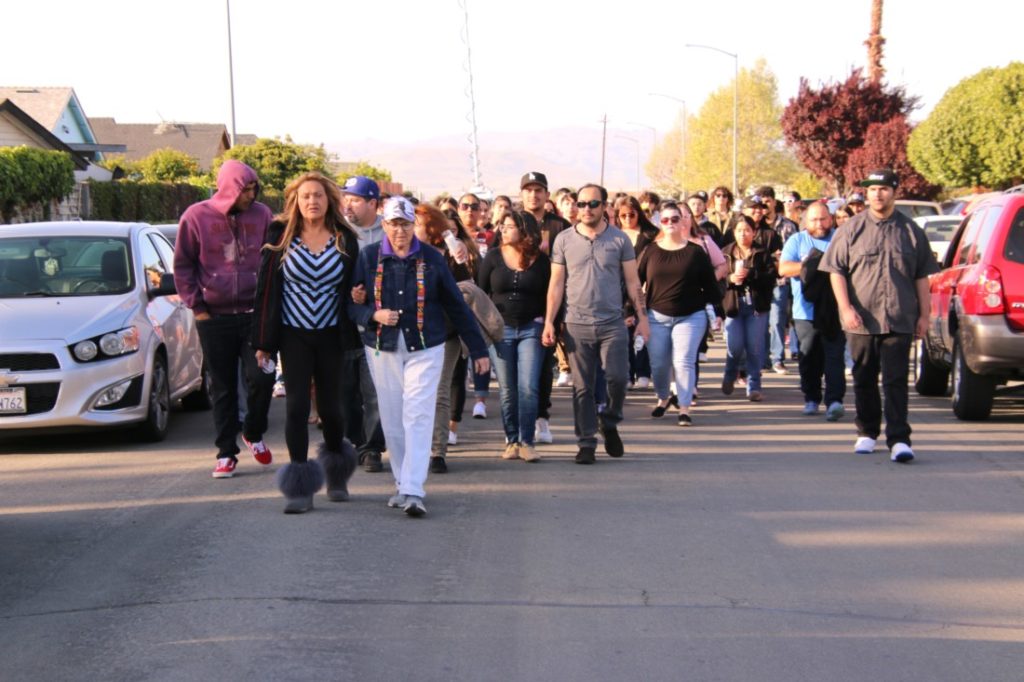 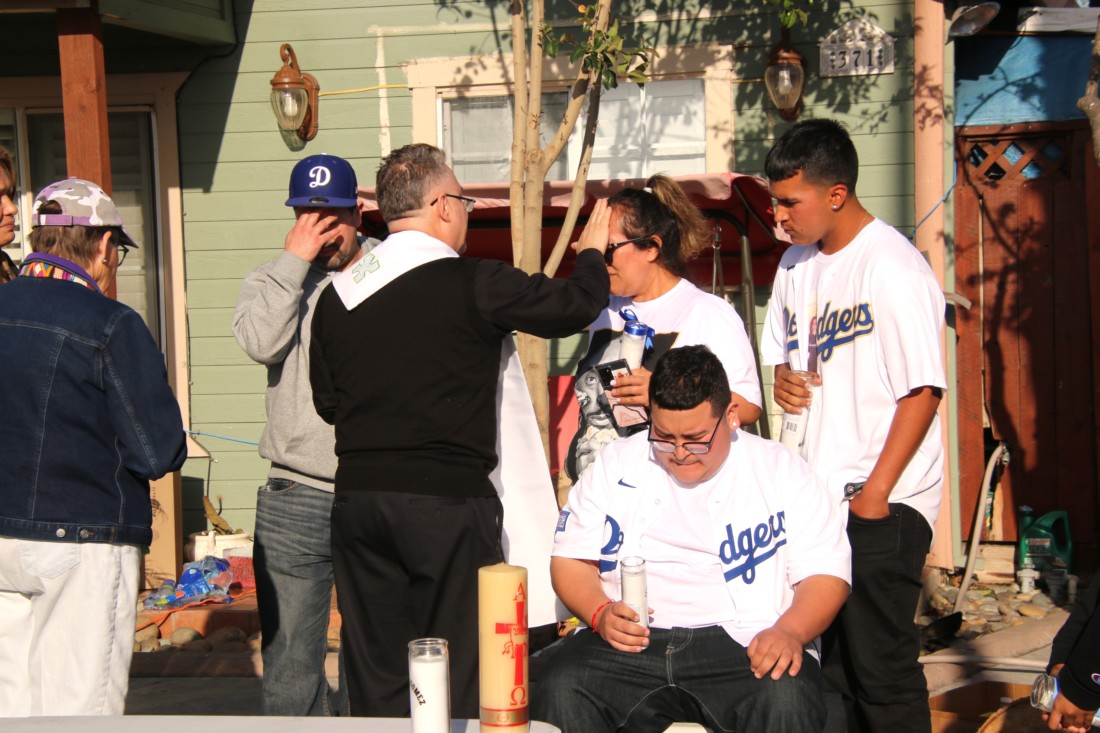 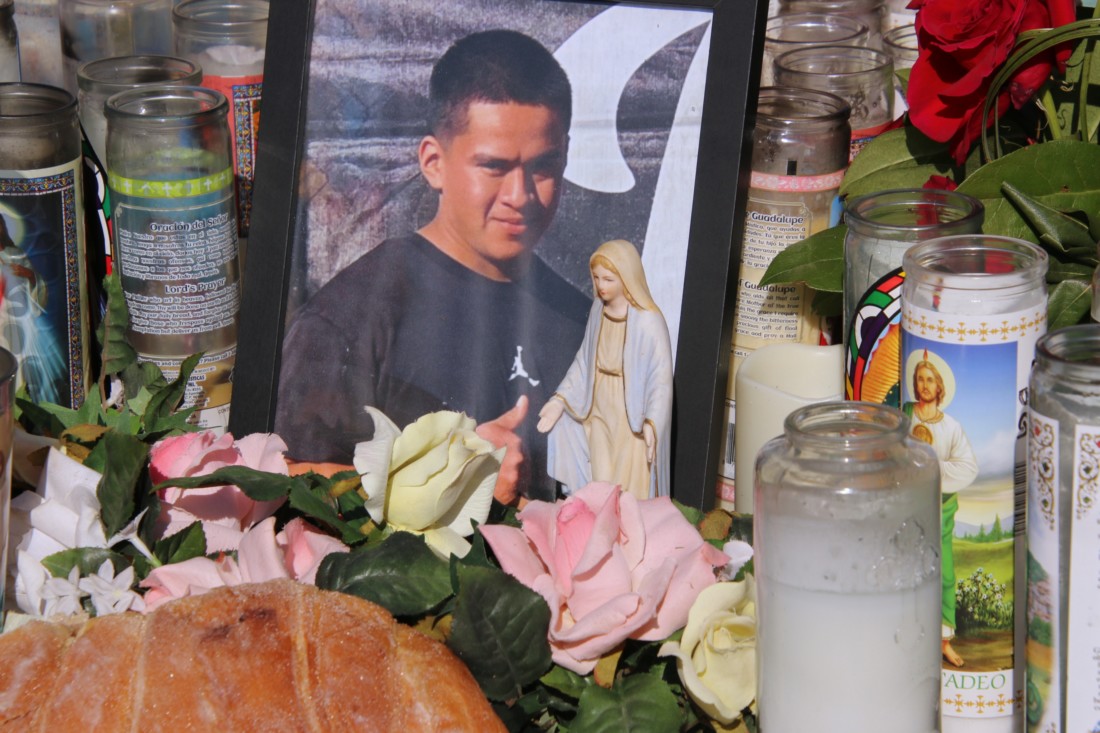 Photo of Daniel Gonzalezs among candles. Photo by John Chadwell. 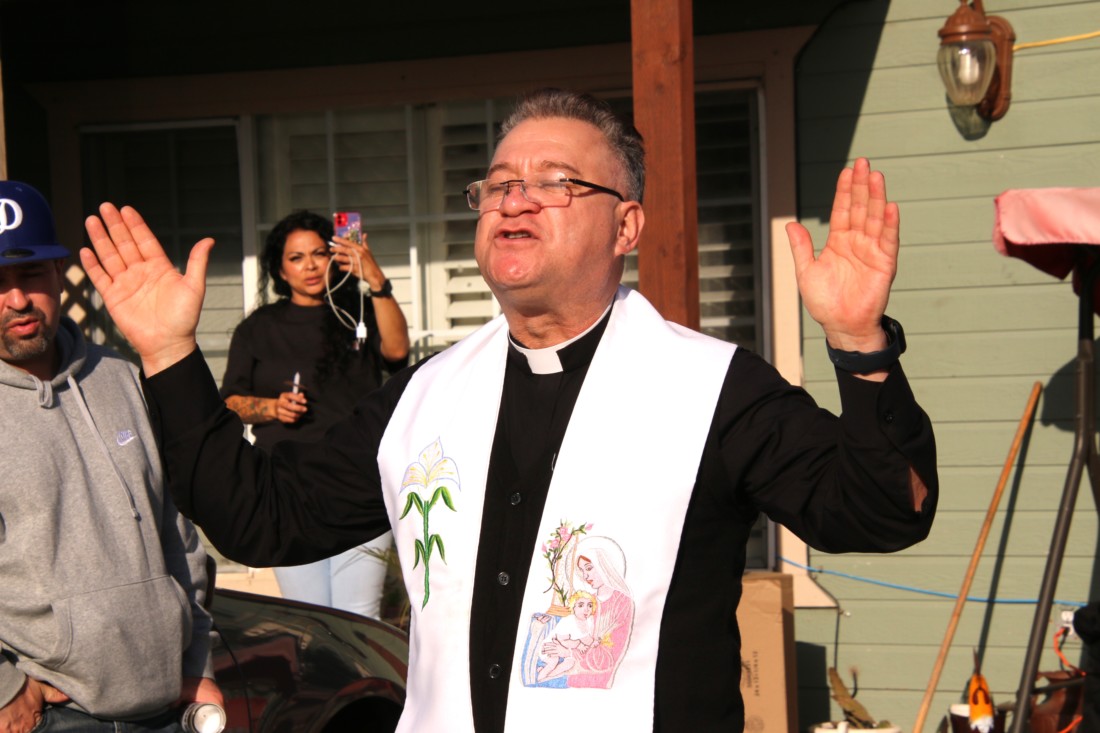 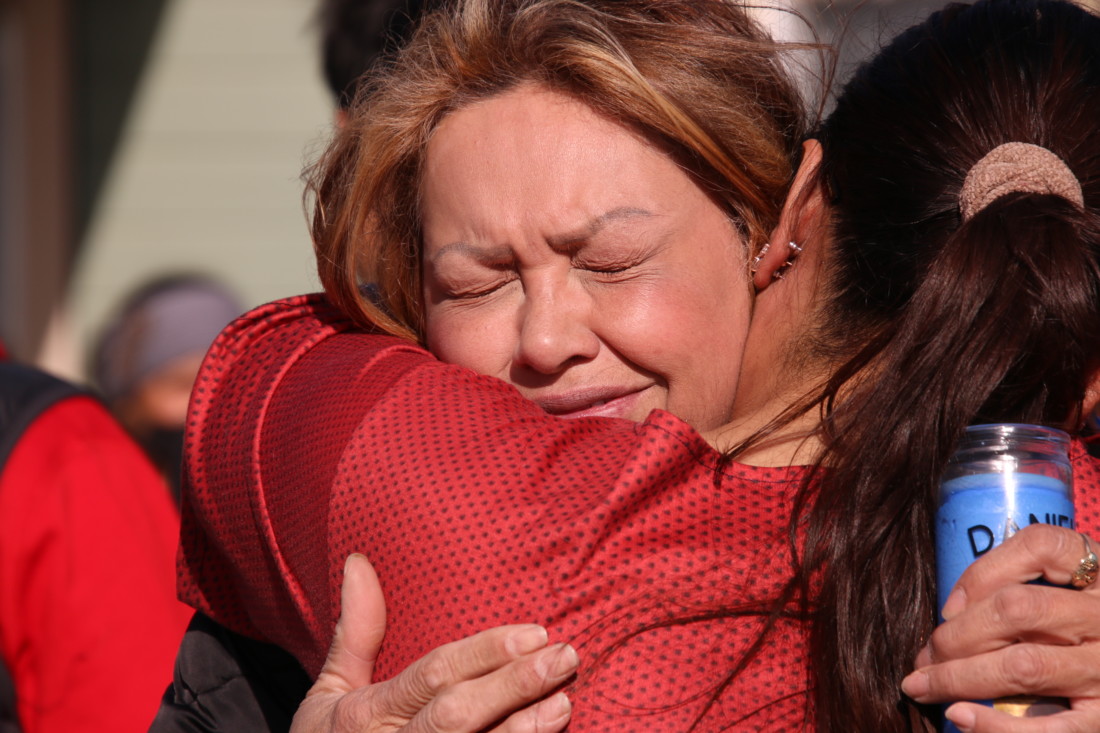 Friends and family comforted each other at the vigil. Photo by John Chadwell. 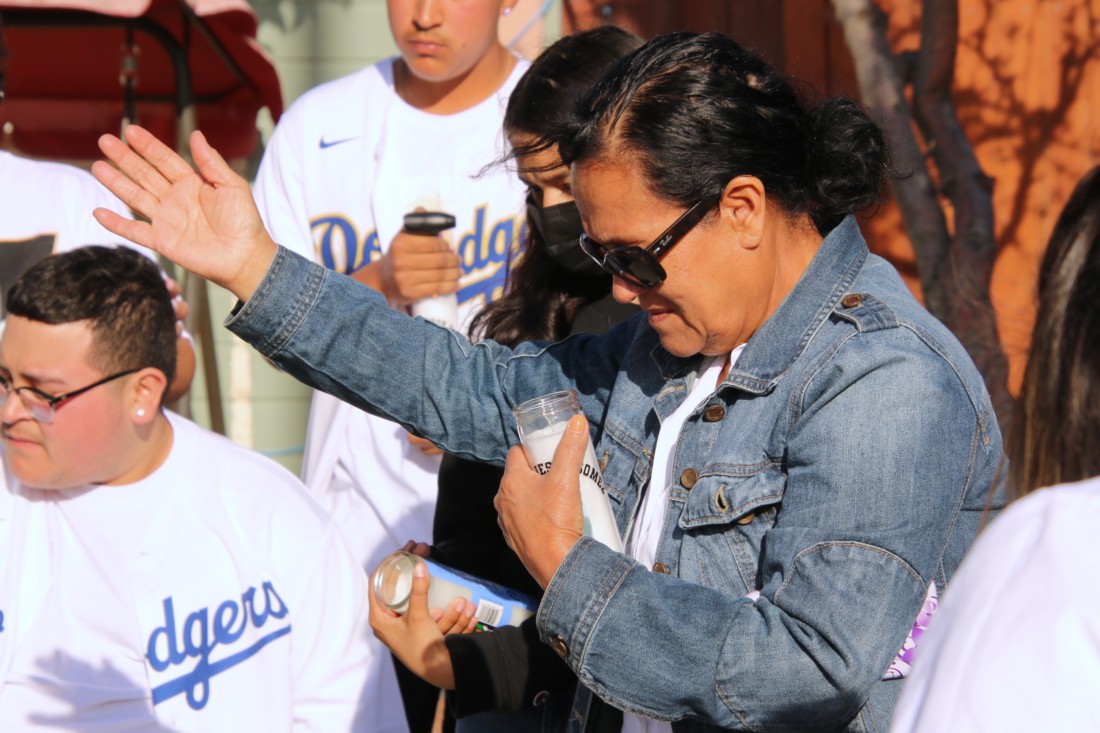 Friends, family and concerned citizens came together April 1 along the 300 block of Rustic Street in Hollister to honor two young men who were killed during a drive-by shooting that police are calling a possible case of mistaken identity.

At 9 a.m. the morning of the vigil, family members of Jaime Jesus Gomez, 23, and Daniel Eli Gonzales, 21, and three others who were wounded, learned at a Hollister Police Department press conference that the suspected gunman, Alfredo Zendejas, 28, had been arrested in San Jose.

Tears flowed during the press conference as mothers, aunts, cousins, grandmothers, and a father agonized as they learned Zendejas was apparently intent on carrying out a personal vendetta. HPH Chief Carlos Reynoso said the department believes Zendejas mistakenly opened fire with an automatic weapon on 10 to 15 people, none of whom was his intended target.

Later that evening the crowd of well-wishers began to congregate for the vigil in the street and front yard of the home where the shooting took place. For such a large crowd it was eerily quiet as candles were handed out and were blessed by Father Heibar J. Castañeda, pastor of Immaculate Conception Catholic Church in Tres Pinos.

Daniel Gonzales’ parents and his grandmother, Ardyss Golden stood behind Castañeda. Pastor Castañeda gave a blessing and said as Christians they must show love and forgiveness, even to the man accused of killing their children. He said violence is a part of who humans are, and that this would not be the last time they experienced it.

Golden told BenitoLink that Daniel Gonzales’ brother, who had been wounded, had been released from the hospital and was home recovering.

After Castañeda blessed family members, Golden led a procession to honor the families along Rustic and back to the home where the shooting occurred.