Omar Rodriguez reflects on his new position and ensuring that all people receive a fair hearing. 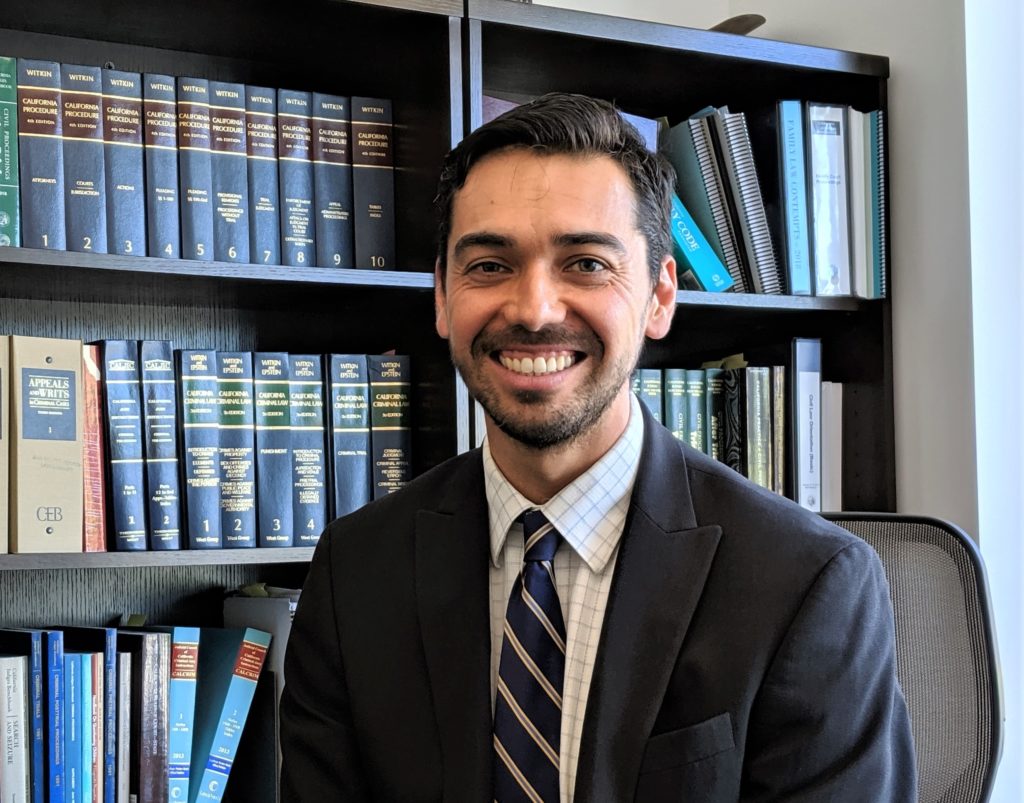 Each assignment type has its designated day on the calendar to be heard in court. For example, juvenile court hearings take place on Mondays.

Judge Rodriguez said having a set schedule ensures that people are able to have their day in court.

“There’s a lot of emotion and I want to make sure everyone is heard,” he said.

Wanting to be as prepared as possible for all cases, Rodriguez said he works nine to 10 hours a day during the week, and focuses on reading case briefs before court sessions.

For Rodriguez, this preparation helps ensure that all people receive a fair trial.

“If I know exactly what the legal and factual issues are before me, then I know when people are on and off topic,” Rodriquez said. “By thoroughly preparing and managing hearings closely, I have been able to save court time, increase court efficiency and allow people to be completely heard on the matters at hand while not allowing anyone to be blindsided by new issues that were not noticed. That ensures a fair hearing for everyone.”

Rodriguez said the bulk of his caseload falls into juvenile and family courts. He spoke of how working with members of the San Benito County Probation Department is key to supporting juveniles.

“The point is to rehabilitate them,” Rodriguez said. “For juveniles it’s not about punishment, but rehabilitation so when they are adults they are not committing crimes.”

In order to do this, Rodriguez said he works closely with probation, as each youth’s situation is “individual” and “specific.”

“I rely heavily on probation and their recommendations,” he said. “They are working most closely with the minor.”

Rodriguez also spoke of his positive relations with other members of the court such as Judge Steven Sanders, and Frances Henderson, who also ran for judge last November and is currently the family law facilitator and director of family court services for San Benito County.

“With family law, the people in the court were married or have a child together and their situation is more complicated,” Rodriguez said.

Taking this into account, he said he moved family law cases to Fridays to give him more time to prepare for the cases.

A parent himself, Rodriguez said the best interests of the child are always at the forefront when it comes to custody and visitation cases.

“The goal is 50/50, but you also want stability in the child’s life,” he said. “Drastic change is not good for a child.”

How does the court adjust if a case requires more time than was allotted? Rodriguez said visiting judges can be brought in to help with caseload, especially for jury trials.

“If a trial’s going to take more than a day we’ll bring in a visiting judge,” he said. “If Judge Sanders were to take a jury trial it could take up his Monday or Tuesday.”

For Rodriguez, the process of coordinating resources and working collectively is vital for the success of the court. Everyone plays a part in helping the courthouse run smoothly, from the court reporter to the bailiffs found in the courtroom and at the front door.