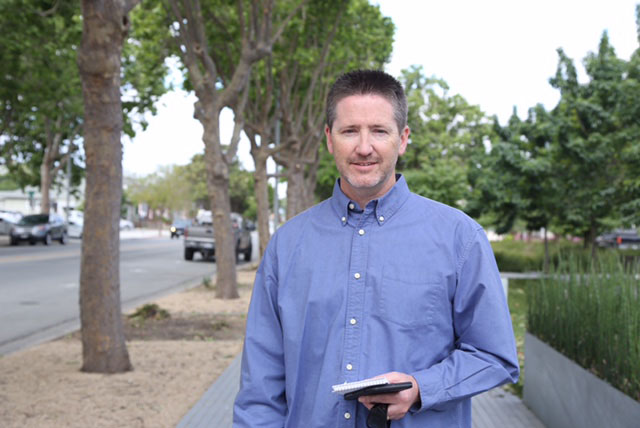 Forty months ago I began my role as content director of BenitoLink.com, at the time a fledgling website looking to gain a foothold in San Benito County by providing news and information in a non-traditional way — by encouraging the community to be journalists and content providers. It was an ambitious project that flipped the traditional newspaper-as-gatekeeper model on its head in a community that has had the same printed publication as its primary news source since the late 1800s.

I got my start as a cub reporter at that newspaper, 21 years ago. I later served as editor, moved on to be a university magazine editor and then started teaching journalism and yearbook classes at San Benito High School in 2005. Then in 2014, I was offered the content director role at BenitoLink by my former newspaper colleague, Julie Morris. I am stepping away from that role as of Sept. 1, as my teaching schedule at the high school has increased to full-time — which is great — and requires my full attention — which is necessary. I plan to remain involved with BenitoLink as a member of its advisory board. I hope I can watch it and help it continue its exponential growth as it remains the only local news source that provides fresh, local content seven days a week, 365 days a year.

My decision to relinquish my role with the website was not one made lightly, as I am passionate about the role it plays in the community. But I am excited about the opportunity to teach every day and serve as the communications officer for the SBHS district. BenitoLink now reaches tens of thousands of readers each month, contrary to the predictions that some in the traditional media made about what they dismissed as a "blog." BenitoLink is more than that. It is the voice of the community — not in the editorializing, here's what we think you should think model — but rather in the here's what the community thinks model. It's all about engagement.

We have a dedicated team of reporters and photographers who file San Benito County-focused content daily and share that on Facebook and Twitter, reaching an even wider audience. Our advisory board provides the vision and support that has boot-strapped the site and made it a trusted source of information about our growing, changing, dynamic community. The challenge the site faces with its impressive growth is the need for additional financial support. BenitoLink does not charge readers to access our content, but we do rely on their generosity through sponsorships or donations in order to fund the staff of content providers that keep the community in the loop regarding local politics, education, sports and more.

So as I sign off from my day-to-day website responsibilities and move toward an advisory role, I thank everyone who has submitted stories and photos, shared story ideas, or added their two cents to our stories in the form of published comments.I also thank Executive Director Leslie David for her tireless efforts to promote and fund the site and appreciate her offer to have me stay connected as an advisor for the site. San Benito County is in a "news shadow," largely ignored by local television stations or Silicon Valley media unless something bad happens. BenitoLink, with your help, will continue to be the voice of the community.