The plan is to release 19 young blunt-nosed leopard lizards in 2022. 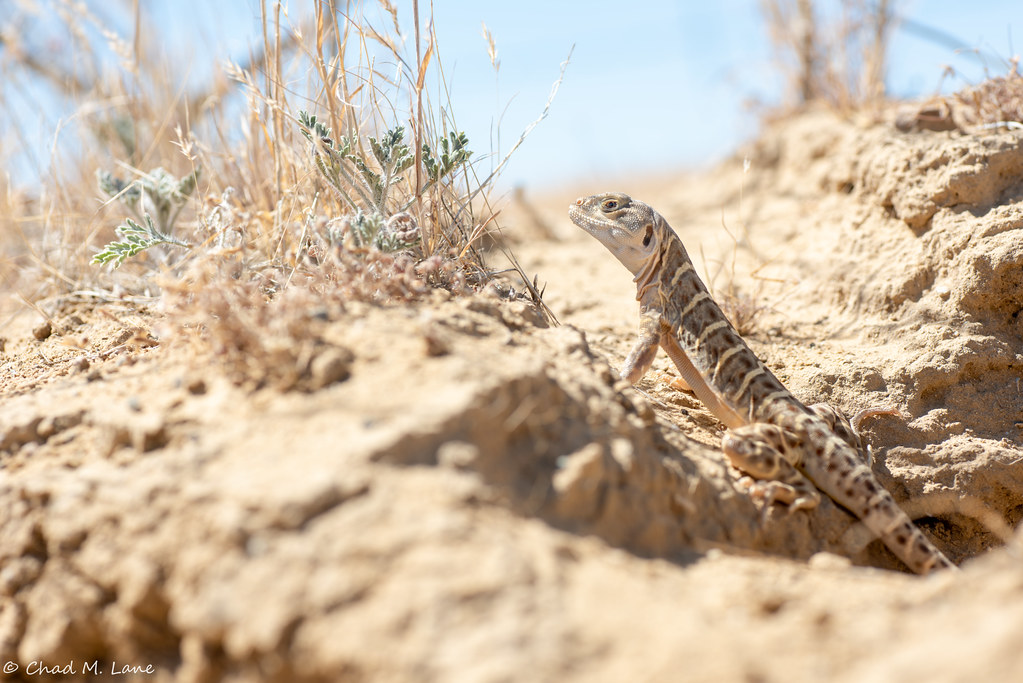 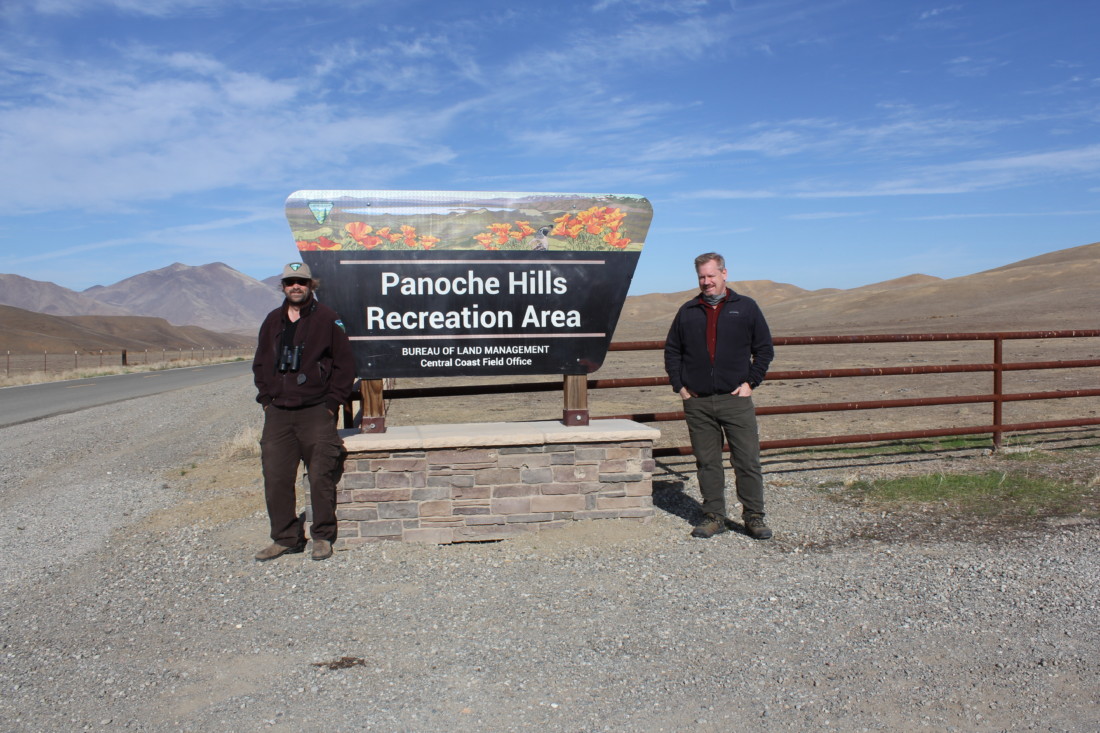 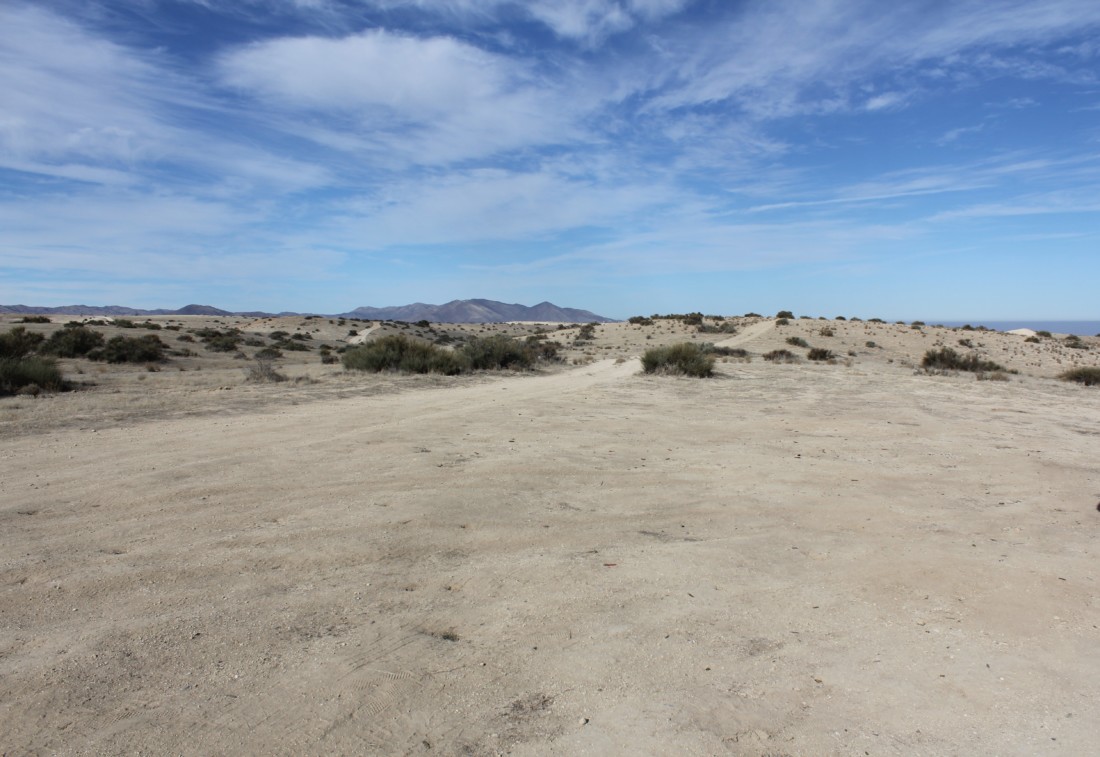 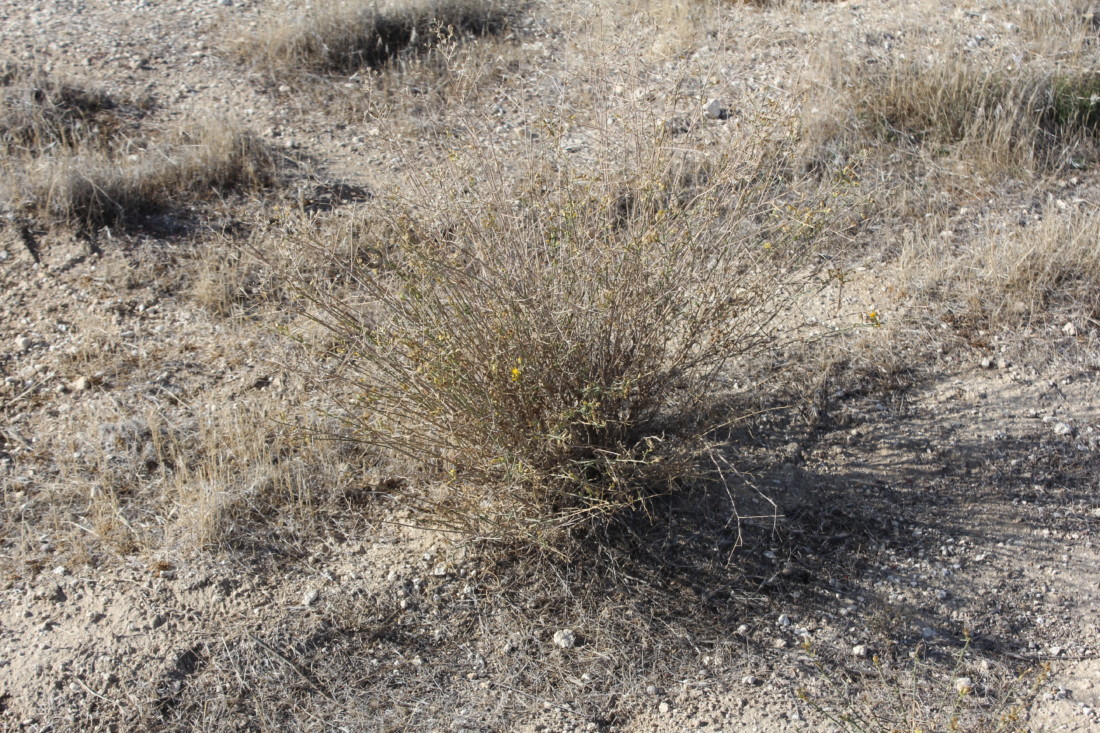 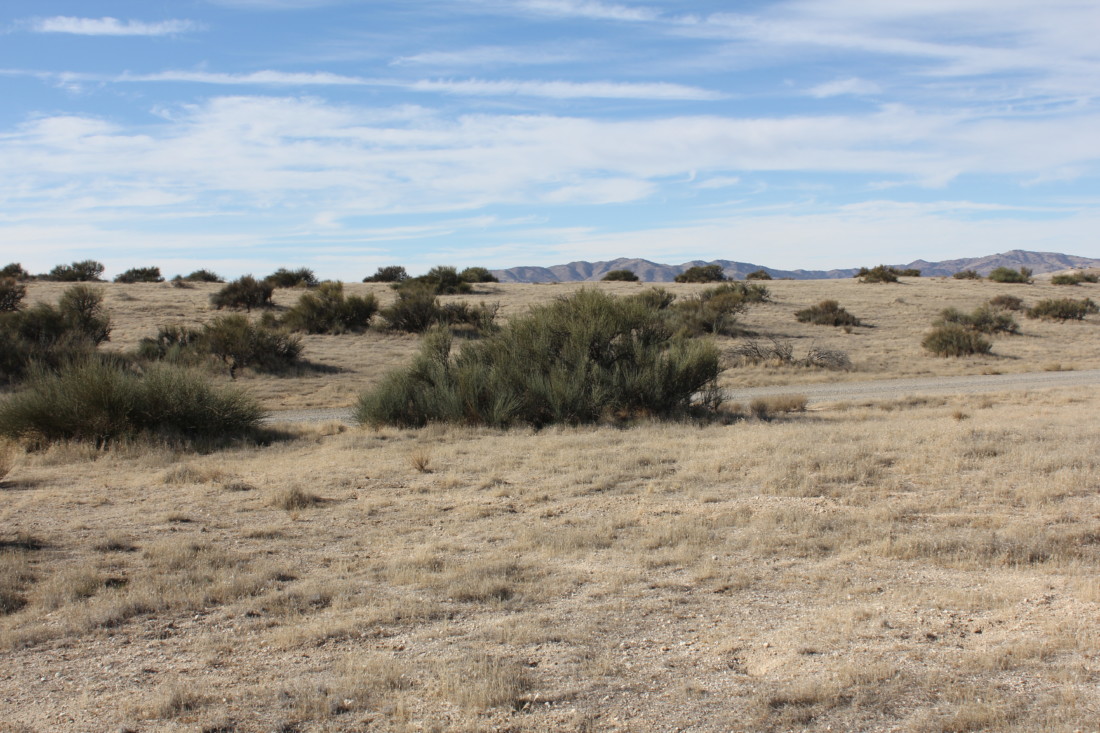 Large brush can allow for quick escape from predators and relief from the heat. Photo by Carmel de Bertaut. 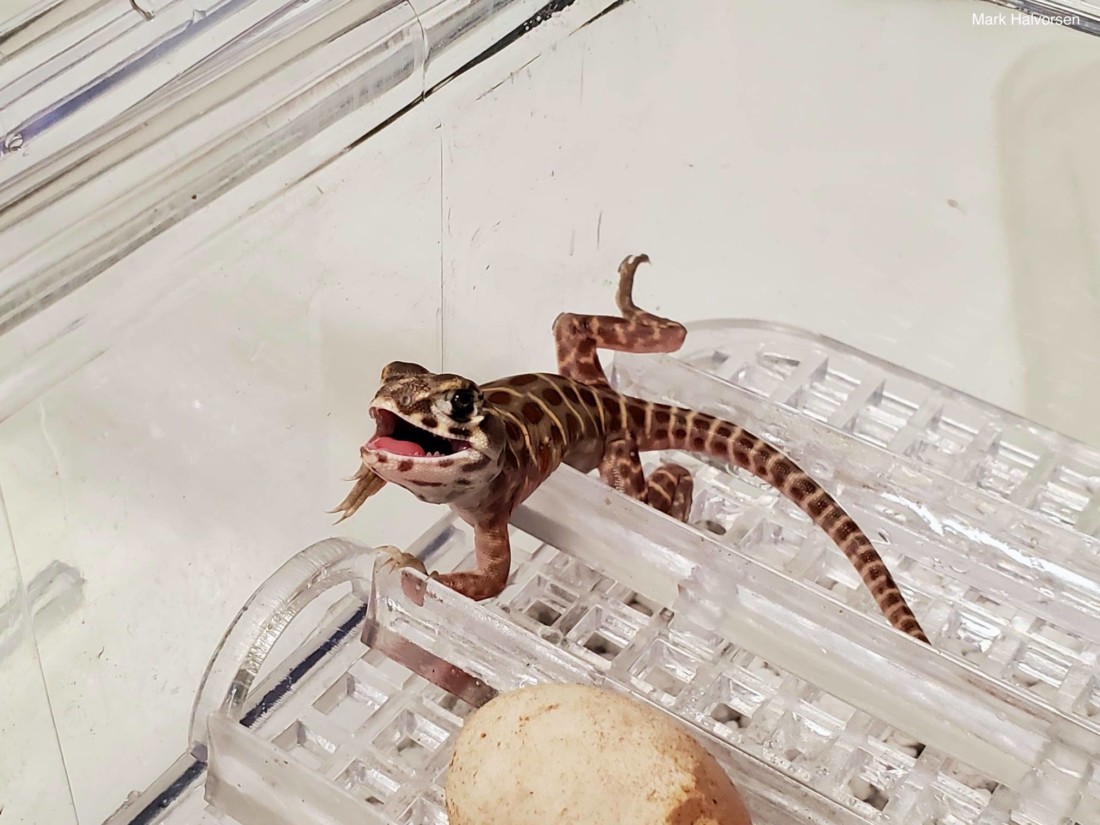 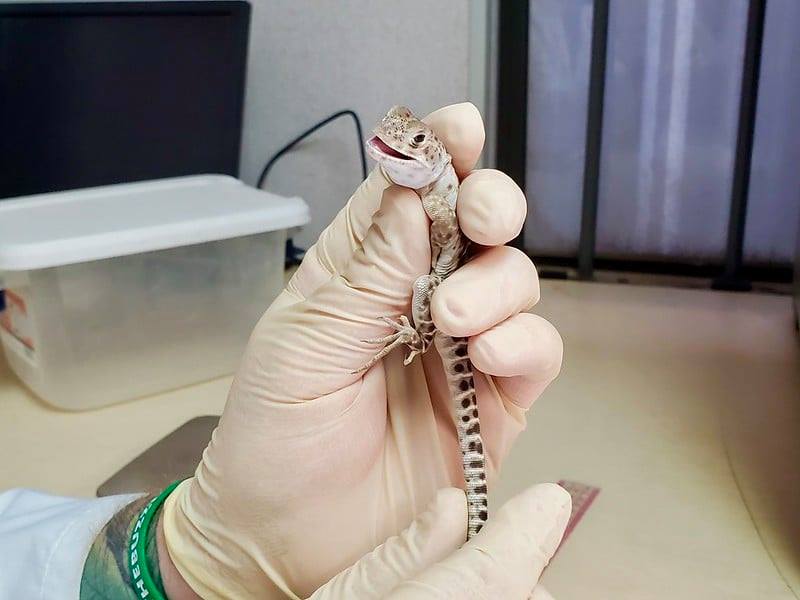 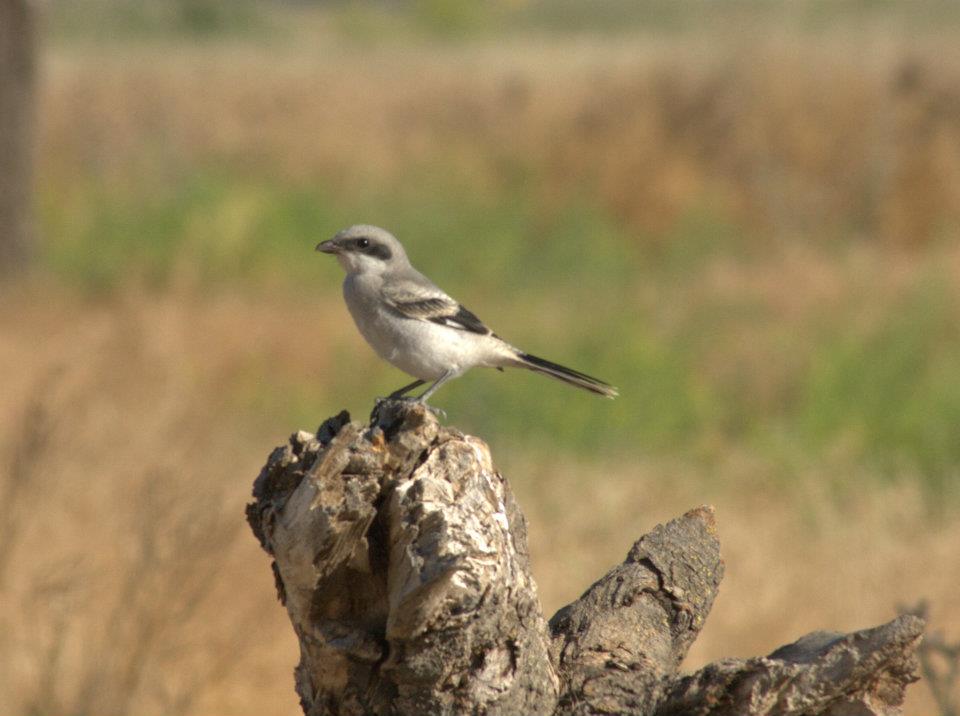 Endangered and threatened species have numerous state and federal agencies and non-government organizations that are tasked with their recovery. The blunt-nosed leopard lizard (Gambelia sila) is getting support from at least three of them.

With the help of the Bureau of Land Management (BLM), California Department of Fish and Wildlife, Fresno State University and Fresno Chaffee Zoo, this lizard could make a triumphant return to Panoche Hills Recreation Area.

To increase the species’ population, the partners developed a captive breeding plan in 2020; in June and July six adult lizards were collected as founders of the program. From the six captured, 19 young have hatched at the zoo. The plan is to repatriate them to the Panoche Hills once they have 20 breeding pairs in captivity, which can take several years.

According to the BLM, the blunt-nosed leopard lizard was listed as an endangered species at the state and federal level in the mid-1960s. Endemic to central California, the lizard is in danger of extinction throughout its range.

According to the U.S. Fish and Wildlife Service, the lizard’s population is unknown because recent single-population analyses are inadequate as there isn’t enough data on several sites where lizards are known to inhabit and the existing data is not representative of temporal variation of the environment.

Agencies such as the Bureau of Land Management and US Fish and Wildlife service believe the decline is a result of habitat destruction and fragmentation caused by development and habitat modification.

“The species decline is directly associated with habitat loss. Blunt-nosed leopard lizards are only found in the San Joaquin Desert of central California, within the San Joaquin Valley and adjacent foothills as well as the Carrizo Plain and Cuyama Valley,” said a news release from the bureau  earlier this year.

Blunt-nosed leopard lizards like sparsely vegetated areas such as the San Joaquin Desert, the BLM states. It uses rodent burrows for coverage from the harsh desert heat and is known to pounce on prey, usually grasshoppers.

“The Bureau of Land Management is excited to see our commitment to the blunt-nosed leopard lizard move the needle towards recovery,” said Bureau Central Coast Field Office lead Mike Westphal.

In a visit to the Panoche Plateau Westphal told BenitoLink they would not disappear “under my watch.”

He said the lizards do well in sparse desert but the introduction of non-native grasses has increased vegetation. Introduced vegetation can change the habitat in several ways and can often disrupt prey and predator numbers, which can lead to decline of one or more species.

Westphal added that a possible solution to the vegetation issue would be to introduce another endangered species, the giant kangaroo rat. The rats feed heavily on the roots of the grasses and destroy them. The species is native to the area but is not currently found there.

Fresno Chaffee Zoo biologist Mark Harvorsen, who oversees the zoo operational part of the program, told BenitoLink his group gathered a lot of information about the species but still have a lot to learn. He added that the adults are doing well in captivity where the ambient temperature is controlled and food is plentiful.

Lizards are exothermic, meaning they need the heat of the sun to regulate their body temperature. Harvorsen said that to help ensure the survival of the lizards, soil from the plateau was taken to the zoo so the lizards would have the microbes they commonly use for digestion.

Prior to being fully released, Harvorsen said the blunt-nosed leopard lizards will be housed for a few weeks in an outdoor pen at Panoche Hills, allowing them to adjust to the weather conditions and get used to the area’s sights and smells. 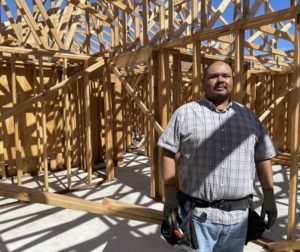 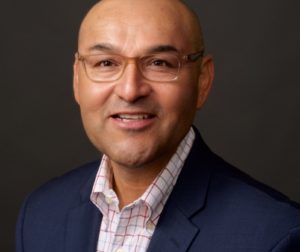