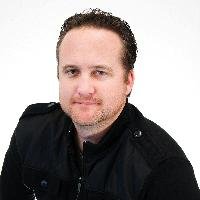 When Steve Marshall talks about going "off the grid" it's not what one would normally imagine. Marshall, a 30-something tech worker and San Benito County resident, is one of the founders of Gibiru, an anonymous search engine that's gaining popularity as Internet users become more aware of privacy issues.

A former member of the Navy Special Forces, Marshall was born and raised in Fremont, Calif., and spent his teenage years in the Central Valley. He graduated from the University of the Pacific and now works from his San Benito County home running enterprise level marketing programs for several search engine companies. He also serves as chairman of the Silicon Valley Search Engine Roundtable and in his free time likes to make wine and play his guitar to his young son. Although he can write code, one thing Marshall doesn't do is tinker with hardware. Ironically, he was voted "Most Likely to Never Use a Computer" by his high school senior class.

"It's funny, a lot of people think I am really good at fixing computers, but I'm not very good at that," he said. "I used to break every computer I used in my high school computer lab." Marshall's wife concurred, saying she recently had to ask her father to fix their computer. The young couple moved here a year ago after years of searching for a secluded home with views. Not surprising, privacy is important to them. "We wanted to be somewhere where we couldn't see any neighbors and they couldn't see us," Marshall said. They found the perfect place in San Benito County, where they enjoy vistas of the Gabilan mountains and walks on country roads.

Marshall values privacy at home and online. We've all seen the ads pop up on our Google or Yahoo! page targeted toward your gender, age and shopping preferences. That's no coincidence. Savvy marketers and search engine giants have figured out how to monetize their sites by watching where one goes on the Internet and then targeting your experience with news articles and advertisements they think will interest you. It's all about "personalizing" one's browsing experience. But not everyone wants Google deciding what they do – or do not – see when they log on.

"What we wanted to do was to break through that filter bubble," Marshall said. "The whole catalyst for this was to create something that allows people to use the Internet safely and freely, like it was intended to be used. We wanted to give people a chance to go 'off the grid,' as they say."

Founded in 2009 by Marshall, Gibiru has done just that, growing to more than a half million queries a month. "The growth has been exponential. We've seen 8-9% growth month over month, especially after the Edward Snowden case, which brought a lot of these issues to the forefront of people's attention." Snowden is the American defense contractor employee who leaked National Security Agency (NSA) documents showing the surveillance activities of the U.S. government.

With a half million monthly queries, Marshall knows there is interest in his idea, but he can't tell you who or where the users are coming from because they are anonymous, which is the whole point of Gibiru. Users can browse without being followed by government agencies, corporations looking to sell you things, or law enforcement.  His biggest competitors are other anonymous search engines DuckDuckGo, which has about 30x the traffic of Gibiru, and Startpage. But neither of those offer the same things as Gibiru. Gibiru, for example, has the unique ability to opt for various IP addresses, via its Proxy Search Engine. An IP address is a unique string of numbers, separated by periods that identify each computer using the Internet Protocol (IP) to communicate over a network. On Gibiru, users can use an IP address from one of four different countries, which allows one to not be traced. This comes in handy if, for example, you want to see what the New York Times online shows United Kingdom users as opposed to United States users. It's different. Author Paula Broadwell was traced by her IP address after sending what she thought were anonymous threats from her laptop to a woman in the 2012 General David Petraus scandal. Broadwell's identity was exposed when FBI computer technicians traced the IP address to her computer. The scandal triggered the four-star general's resignation as Director of the Central Intelligence Agency.

Named after Nibiru, a Babylonian astronomical reference to "crossing" or "point of transition," Gibiru is built on open source technology meaning it is available to anyone and can be copied freely. Marshall and his partners, he's brought in a couple as they scale up, operate the site from a "virtual office" and have never formally established a traditional corporate structure. They see it as more of a grassroots movement that will grow as more people seek out private browsing. For this interview, we met in Marshall's home wine cellar. "Every real start-up has to begin in a garage, or a wine cellar, right?" Marshall laughed.

Gibiru also offers links to uncensored alternative news stories from around the globe and a map showing Alerts about weather patterns. Marshall is not sure what the future holds for the site. Like so many start-ups, they've yet to turn a profit, but then again, neither has Facebook or Twitter.