The committee will be making a recommendation to move forward with the project at the next city council meeting. 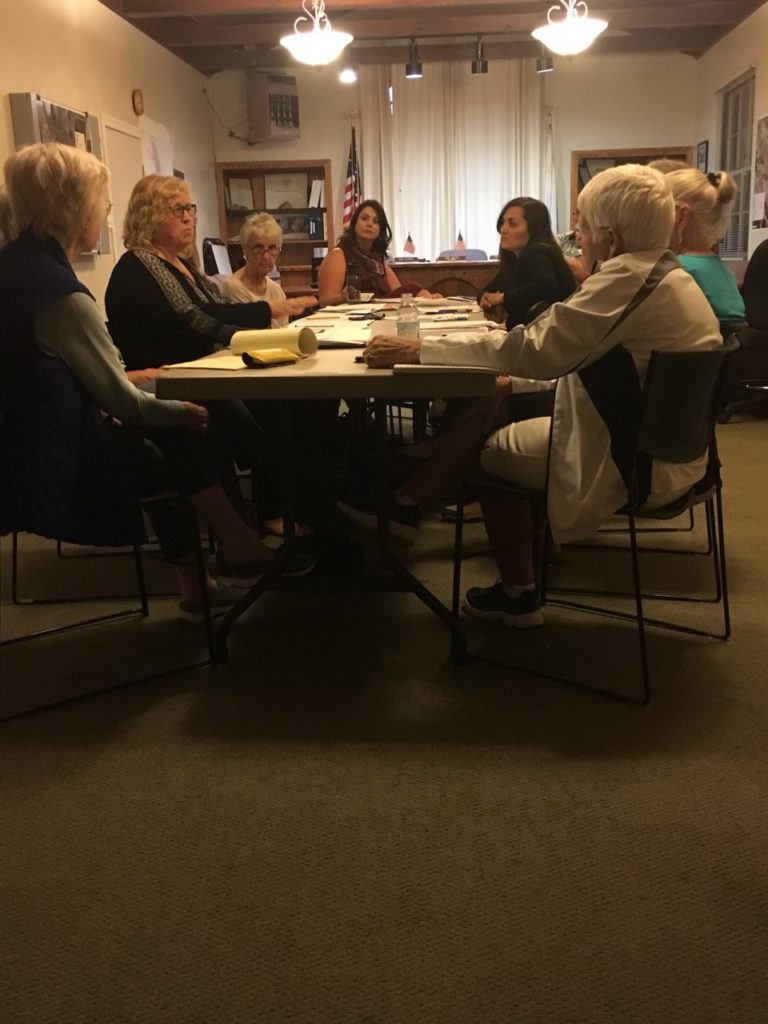 Based in Aromas, the team of about 40 members explores the ways in which to engage in a community-wide effort to reduce local greenhouse gas emissions. The group, which started six months ago, has already begun talks with the Aromas Water District and the Aromas – San Juan Unified School District about working with solar energy. They also held their first Climate Action Team Community Meeting in coordination with Congressman Panetta in September resulting in approximately 75 attendees.

"We want to explore the possibility of partnering with the city of San Juan to bring clean energy to San Juan Bautista in addition to Aromas," said Austin.

"We are all aware that the federal government has really pulled back from taking action and we're fortunate to live here on the central coast. The state of California has really been way out in front to address the climate goals. Regionally, as you guys are aware, San Juan Bautista was part of the effort to approve the Monterey Bay Community Power (MBCP) which is going to have a big effect on the source of energy as far as electricity we use in the whole region," said Capron.

Capron continued saying, "What we're hearing more from climate scientists is that it seems like the picture on one level gets worse rapidly, we don’t have a lot of time, our group is trying to do what we can to move our area more quickly. We know San Juan Bautista has taken action to be a model green city so we feel like the time for action is now."

"We have one simple goal," added Austin. "We want to understand what efforts the city of San Juan Bautista has undertaken thus far, so we have a sense of what progress you've made or what ideas you’ve had, and we also want to connect you with information on what solutions are economically viable we think for the city of San Juan and also for residents."

Austin and Capron suggested the committee work with Rob Hymes of Mynt Systems to look at the city's PG&E records then move on to looking at possible options.

"His business it to go in to comprehensively identify savings and possibly bring in solar," said Capron. "He's been very generous to donate a lot of time working with us. His expertise has been really key to helping us move forward both from a technical side and from a regulatory side."

Councilman John Freeman added he and Mayor Chris Martorana looked at the city and school district's PG&E records about a year and a half ago but had hit a roadblock.

Austin and Capron also floated a couple ideas to the committee including exploring bond measures to fund a large scale renewables project, crowd-sourcing a project within the community, a Power Purchase Agreement that would allow the community to invest in the community effort to generate more clean power, and possibly looking into Renewable Energy Self Generation Bill Credit Transfer.

"What we're looking at with our group is not an immediate action, we are looking at a medium term action…," said Capron.

Member of the Agriculture, Environment, & Land Use sub-committee, Joleen Cosio asked if  the APAL Climate Action Team was looking to form a joint powers authority between the cities of Aromas and San Juan Bautista.

Austin answered that she had not discussed it with her team adding that from her experience  San Juan Bautista needed to be a leader in their own efforts.

"Having been a part of this community for 30 years and remembering the experience we had when we formed the school district and the lessons learned from that primarily for me,  San Juan needs to be in the drivers seat. We can support you, we can be whatever you need us to be. We will look up information, we will research options, we will help, we'll be a part of the team but it is important for this community to lead," she said.

The committee will be making a recommendation to the city council that they release whatever information is available to Hymes with the understanding that they would be allowing the sub-committee to move forward.