David Kaplansky has an overall record of 226-75 coaching both girls and boys programs at Hollister High School. 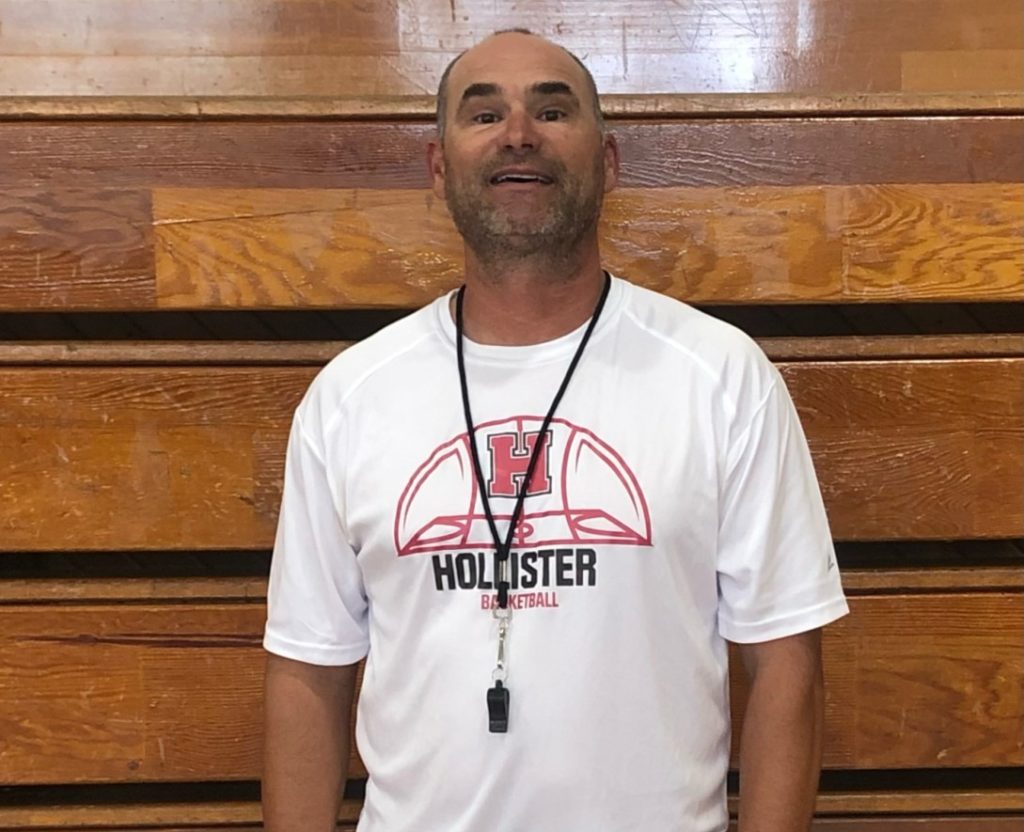 His accolades include two Central Coast Section championships with the girls’ program, four league coach of the year honors, led the boys’ team to a Monterey Bay League Gavilan Division championship in 2013. He is also a member of the Baler Hall of Fame.

“We are excited to have Coach Kaplansky back with Baler Basketball,” said Athletic Director Tod Thatcher. “Coach Kaplansky is a class of ‘94 grad and brings years of head coaching experience to our boys’ program. Our players will benefit from Coach Kap’s relentless coaching style that should fit well as our boys’ program moves back into the Gabilan Division this season.”

Hollister High School said Kaplansky replaces Todd “Bo” Buller, who led the Balers to a 17-7 record this past season and a trip to the Central Coast Section playoffs. Buller announced in the Spring that he was taking a teaching position at Stevenson School in Pebble Beach.

Kaplansky, an undersized guard who went from a college walk-on to a scholarship basketball player at Division 1 San Diego State University after his playing days in Hollister, said his “passion for Haybaler athletics runs deep.”

“As a former (Baler) student-athlete and coach, I understand the standard of the athletic program,” he said. “While serving as head coach for 12 years, my teams were able to win four league championships, two CCS Division 1 championships, and 15 tournament titles. My goal would be to bring our community together and create a competitive and exciting program to support.”

He noted that the team’s return to the upper tier of the Monterey Bay League this coming year “is an opportunity that creates excitement for our fans and student body.”