The annual 'Pink Out' effort at San Benito High School is meant to recognize those who are battling cancer or supporting those who are, and remember those who were lost to the disease 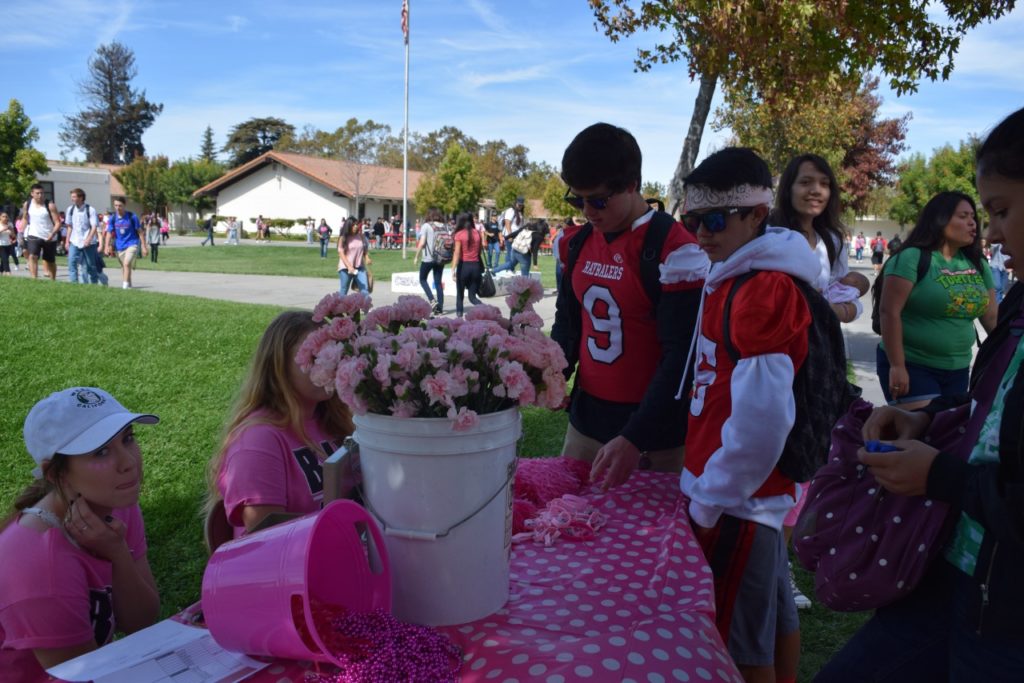 Jonis Barcibal, a junior, said, “I wore pink to support my grandma. She is a breast cancer survivor and also to support all the other people who have cancer.”

Junior Manny Macias said he doesn’t have any family members with breast cancer, but he wore pink to support everyone who is battling the disease and hopes everyone who has it, beats it.

Jennifer Rodriguez said her mom thought she had breast cancer because she had a lump on her chest but it was nothing serious and that prompted Rodriguez, a junior, to wear pink to support everyone who has cancer.

Eli Mullen, a junior, said he wore pink for his cousin who lost her battle with breast cancer.

In professional sports such as football and baseball, the month of October is dedicated to wearing pink, to show support for those battling cancer.