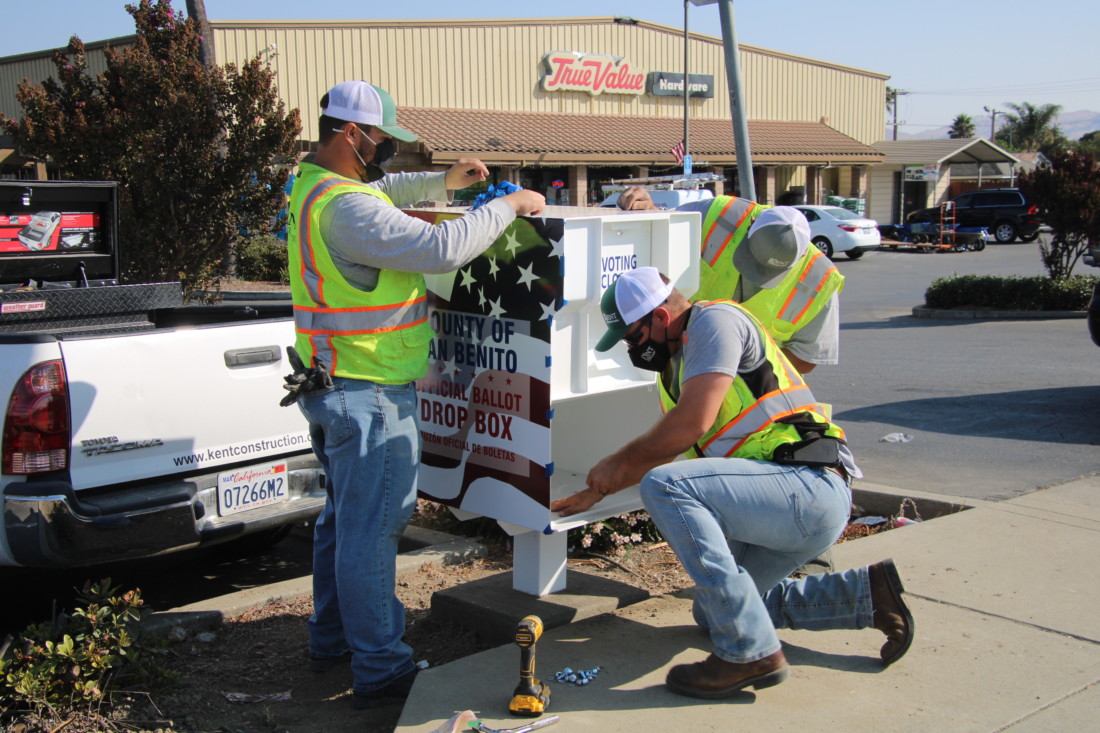 One of the new ballot drop boxes being installed near True Value Hardware on Fourth Street. Photo by John Chadwell. 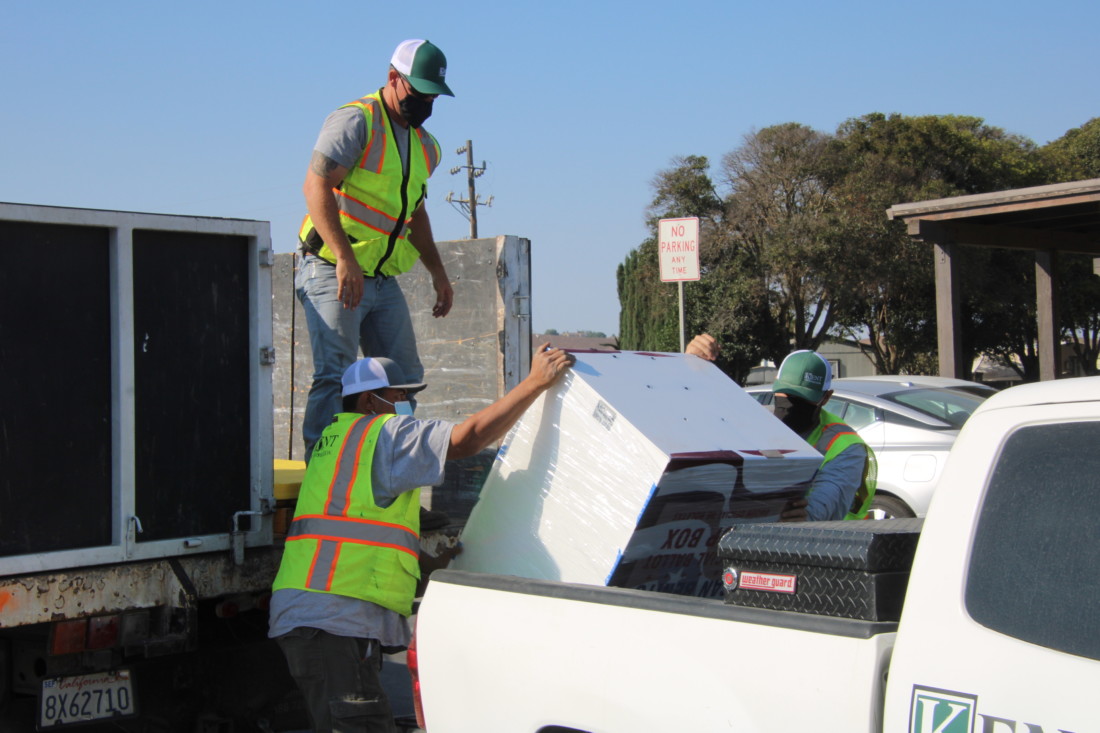 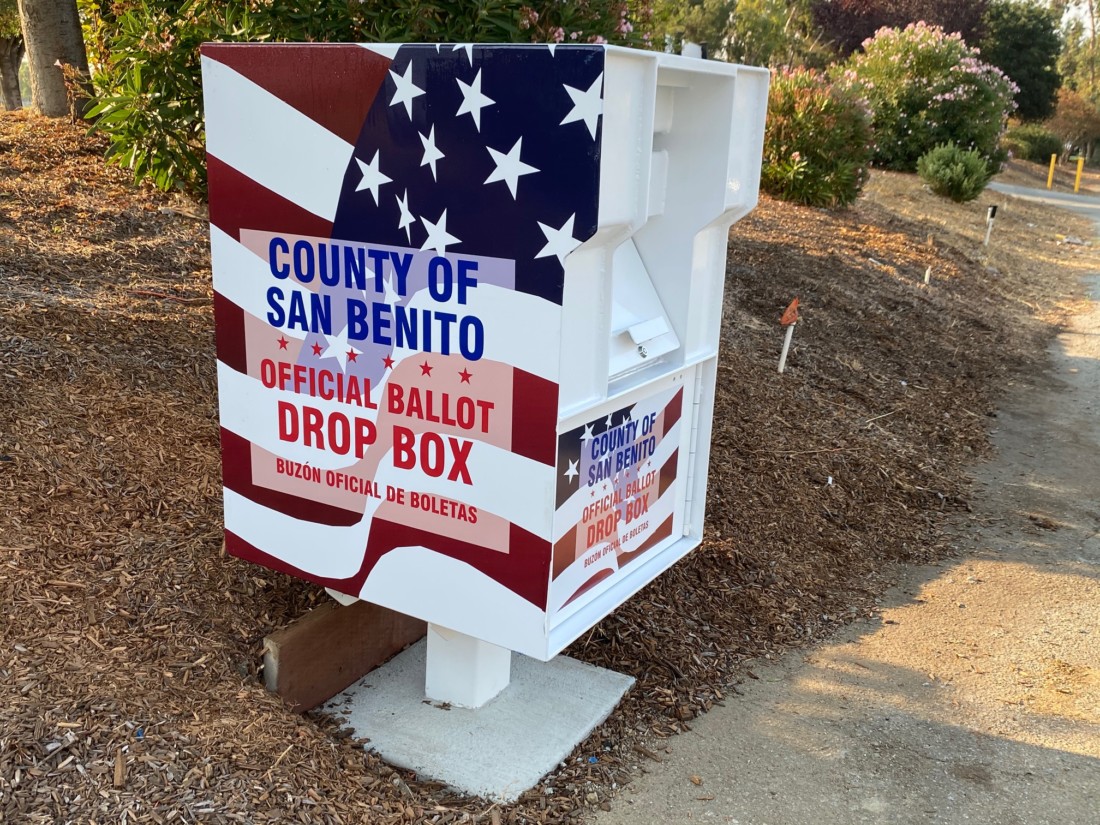 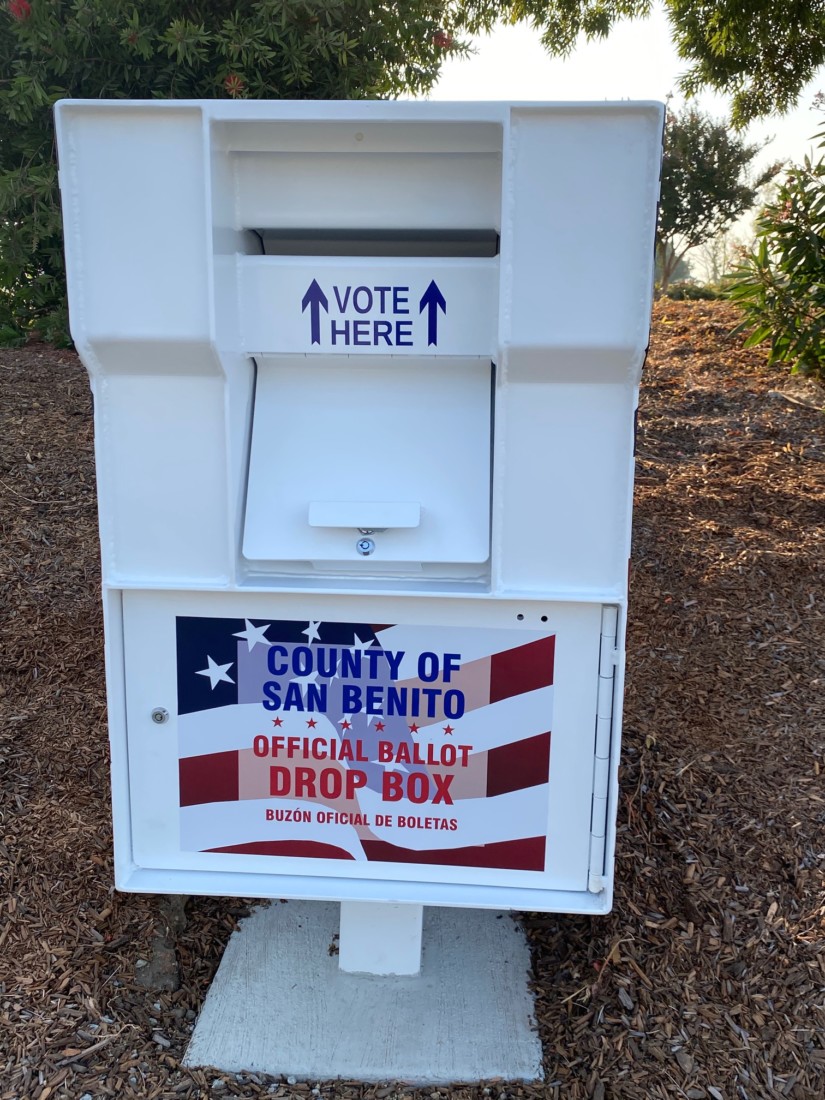 As of Oct. 5, there are now nine ballot drop-off boxes scattered around San Benito County for the convenience and safety of voters participating in the Nov. 3 election.

“The first ballot box was installed in 2019 in Winn Alley outside the election office,” said Francisco Diaz, assistant county clerk-recorder-registrar of voters. “After an executive order by Gov. Gavin Newsom, five more were installed.”

Newsom signed the executive order March 4, proclaiming a state of emergency in California as a “result of the threat of COVID-19.”

The executive order states, in part: “To preserve public health in the face of the threat of COVID-19, and to ensure that the November election is accessible, secure, and safe, all Californians must be empowered to vote by mail, from the safety of their own homes.”

In addition to the drop box in Winn Alley, five others are at:

There are also temporary drop boxes at:

“The county funded the boxes through a grant from the secretary of state through the CARES act,” said Diaz. “The elections department is auditing the project to determine the cost of installation. Figures will be available after the election.”

Ballots will be picked up twice daily and three times on election day by two election staff members. The boxes will close at 8 p.m. that day. The five boxes that are considered permanent will not be removed after the election.

The drop box in Winn Alley has 24-hour surveillance, and the other boxes are in highly visible locations to help prevent vandalism and theft. Should anyone steal a box containing ballots, they could face felony fraud charges. 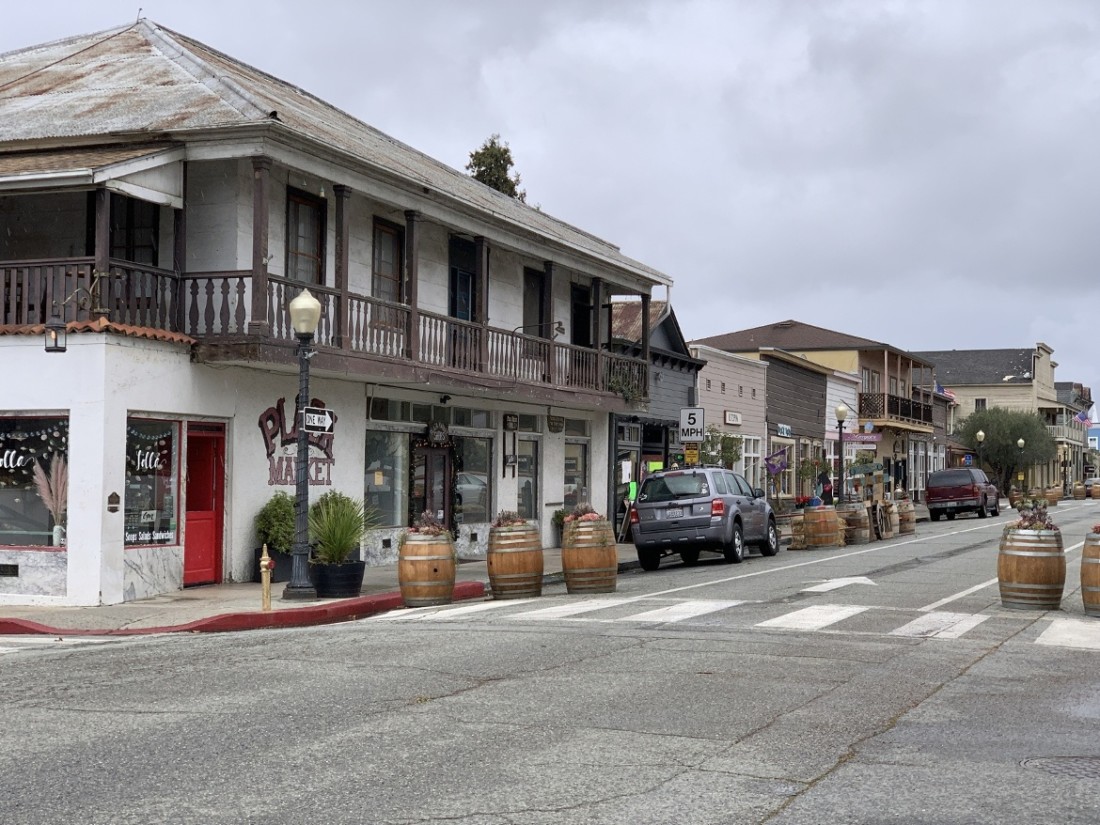