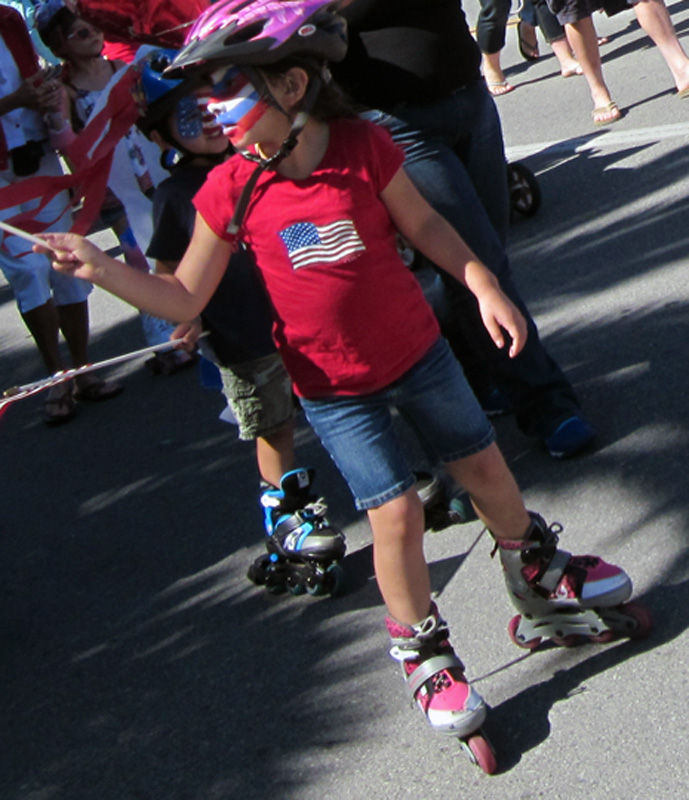 After two weeks of daily practice, the Hollister Summer Band Camp members wrapped up their learning experience by performing in the annual Hollister Fourth of July Kiddie Parade. Representing the woodwind, brass, and percussion sections, the band students marched down Memorial Avenue to Meridian, ending the parade at Marguerite Maze Middle School where they gave one final performance.

The students, in grades 4 through 8, had also performed for their friends and family members on July 3 at Rancho San Justo Middle School, playing songs they had learned, participating in drum line, dancing to Miley Cyrus's "Hoedown Throwdown," and twirling color guard flags to the Disney song "Let it Go," from the movie "Frozen.:

A Junior Band Camp will be offered to children in grades 1 to 3 for one week, beginning July 14. For information. go to www.kidsmusicteacher.com.