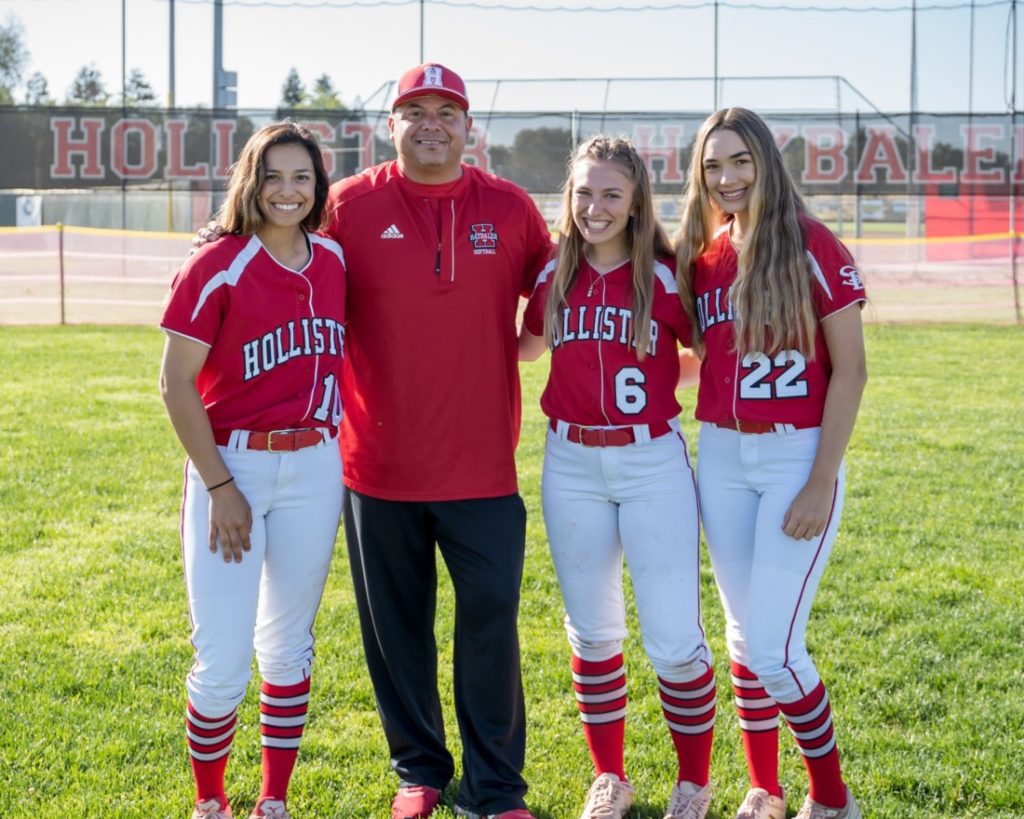 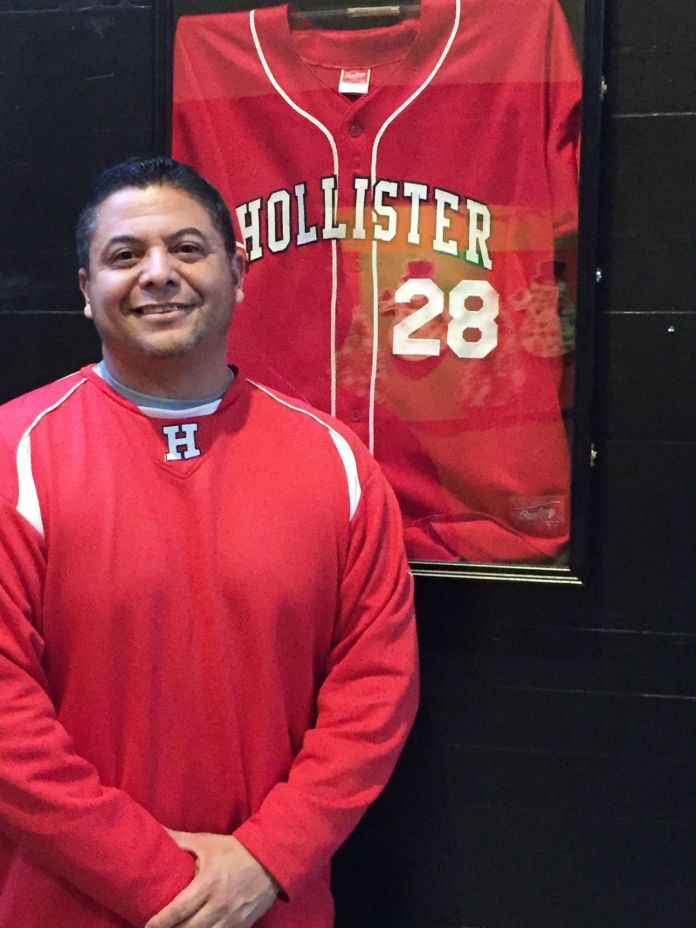 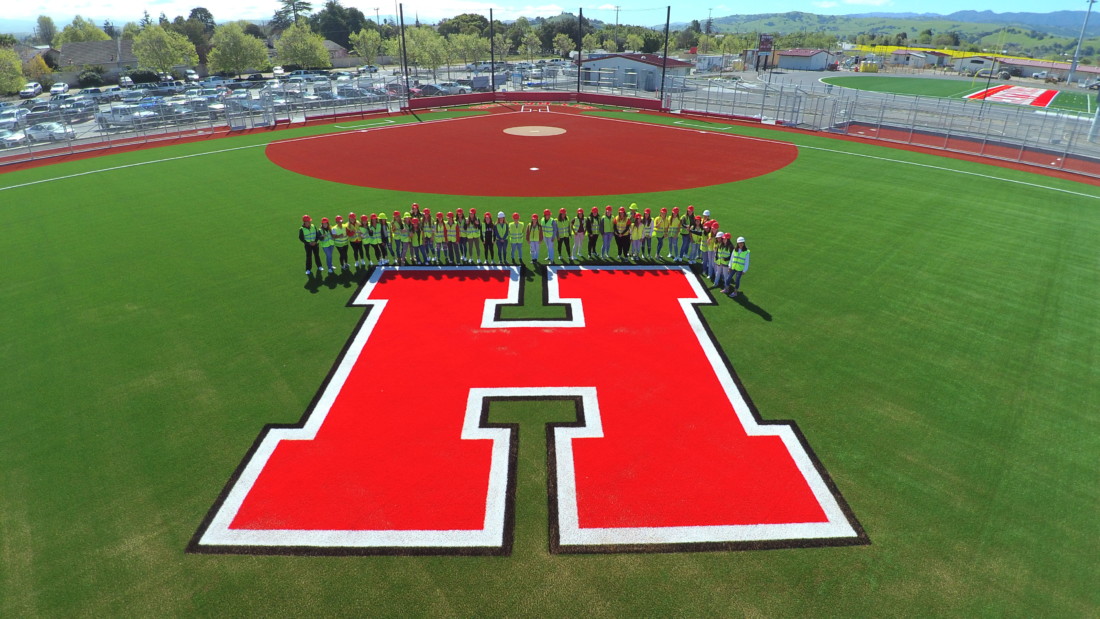 The San Benito High School Board of Trustees approved a donation and naming rights agreement with the Barragan family on Dec. 30 that will cover the purchase and installation of lights at the new campus softball stadium on San Benito Street and name the facility “Ray Barragan Stadium.”

According to a recent release, the $396,000 donation will allow for the installation of four stadium light poles, each approximately 60 feet tall and outfitted with LED lights similar to those at the new Andy Hardin Stadium. The softball facility, funded with voter-approved bond measures, will host its first games beginning in February. The lights are expected to be in place for the 2021 season.

Andrew Barragan, a 1989 Baler alumnus and the head varsity softball coach at SBHS, said his family is proud that the new softball field will be named for the family patriarch.

“I don’t think he ever thought a stadium would be named after him,” Barragan said of his father, who passed away in 2008. “Not bad for a Mexican-American boy who was born in East L.A. and grew up working in a garlic plant.”

The elder Barragan went on to found Golden Memorial Insurance Services and Barragan Insurance Marketing, for which Andrew is the executive vice president. Ray Barragan began the family’s history of giving back to the community, particularly through the support of youth sports, including San Benito Babe Ruth, Hollister Heat and others.

The Barragans helped fund the baseball field at Anzar High School and purchased uniforms for the team, which at the time was coached by Andrew. Ray’s wife, Mary Ann, more recently donated in honor of her husband to create The Barragan Family Health Care and Diabetes Center, an affiliate of Hazel Hawkins Memorial Hospital.

“Haybaler Athletics is very grateful for the generous contribution that coach Andrew Barragan and the Barragan family has made to San Benito High School District, specifically to the softball program,” said SBHS Athletic Director Tod Thatcher. “Coach Barragan’s generosity will allow the district to add the necessary lighting to the new softball facility so that it will be available for use long after the sun sets each and every day.”

Andrew said the new campus softball complex is a “first-class facility with future visions of hosting CCS (Central Coast Section) playoff games, tournaments, and so forth.”

For the past four years, the 10-time CCS champion Baler varsity softball team has been playing under the lights at Veterans Memorial Park, with more than 200 fans regularly turning out for games.

“Because of the rich and deep tradition that Hollister High softball has, we just felt it was necessary for the lights to come into play to complete a true, first-class stadium,” Barragan said, adding that he calls the new facility a stadium “because when the field is completed it will be one of the best looking parks in Northern California. We’re doing this for the players that have come through this program through the Scott Smith era. Now they have little girls of their own in hopes that someday they’ll be able to play on such a beautiful field.”

Barragan said having lights at the field will also allow for 6 p.m. game starting times “for a lot of parents and family members to make it home in time to watch their daughter or family member play.”

“We are extremely appreciative for the financial donation provided by the Barragan family,” said Superintendent Shawn Tennenbaum. “Our student-athletes are fortunate to have such a caring and supportive community, which consistently has gone above and beyond to ensure they have a world-class facility. We look forward to many competitive games, and much success, in the newly-named ‘Ray Barragan Stadium.’ Thank you to the entire Barragan family; it is truly a great day to be a Baler.” 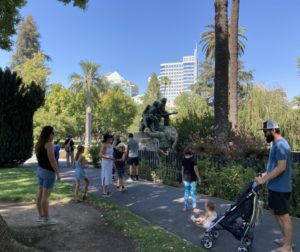 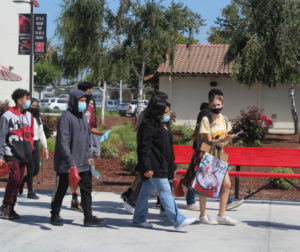 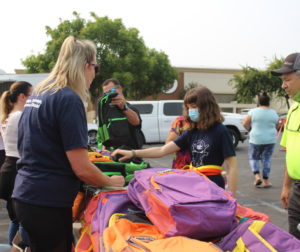