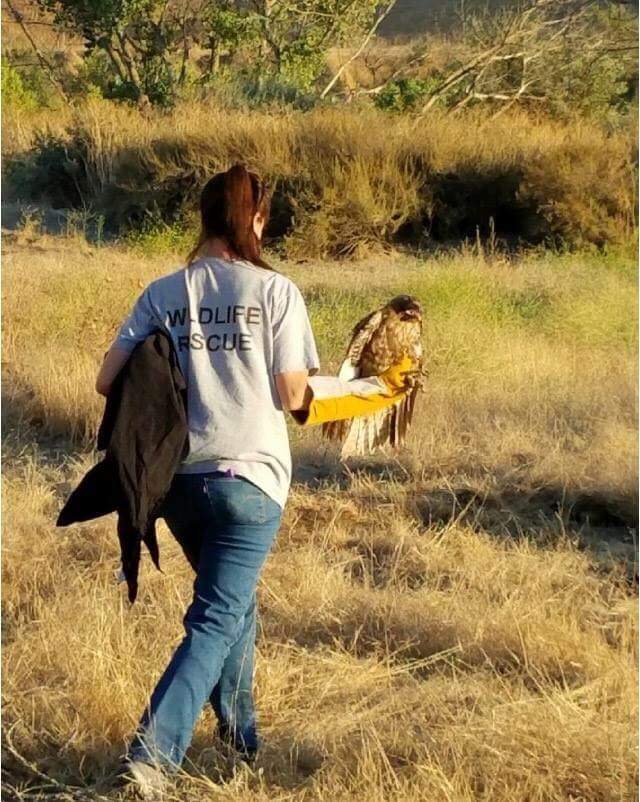 Wildlife has always been Deanna Barth’s passion. She studied wildlife rehabilitation at Humboldt State University, but as she tells BenitoLink, “life happened,” and she has worked as a veterinary assistant for 18 years. Six years ago, Barth met the directors at Wildlife Emergency Services, a volunteer-based program that supports a small team of people specially trained and equipped to assist with wildlife emergencies, ranging from conflicts with predator species, to baby birds lost from their nest.

Perhaps most importantly, Wildlife Emergency Services acts as what Barth calls a “wildlife ambulance,” transporting animals that need help to wildlife centers in the tri-county area. Barth says that while the staff at the centers is “more than happy to accept wildlife patients, typically the community needs to bring the animal to them. They don’t have the ability to actually go out and do rescues.”

Relying on the general public to rescue wildlife can create dangerous situations. Barth points out that it often “isn’t feasible. People don’t have the time, they don’t have the transportation, and they can’t deal with animals that are potentially dangerous. If you’re dealing with coyotes, bobcats and raccoons, you don’t want the average person just going and picking up those animals.” The team at Wildlife Emergency Services wants to fill that gap.

In San Benito County, there’s an even greater need for the Wildlife Emergency Services team, as there is no local wildlife center. “It’s an hour, no matter which direction you travel” to get to a wildlife center, says Barth. “And that is a problem.”

The Nan Pipestem Wildlife Rehabilitation Center, which used to be in Paicines, closed around 2013. And Barth says this created a “detrimental” situation. People started taking animals to the local animal shelter, which has limited resources to transfer wild animals to wildlife centers.

Now Barth, who is permitted by the U.S. Fish and Wildlife Service to care for and transport wild animals, has stepped in with the Wildlife Emergency Services team to address this need in the county, and she receives calls day and night. The need for wildlife rescue is so great in San Benito County, Barth created her own Facebook page to document her work. Locals should feel free to contact her there, or in an emergency, by calling her directly.

In the spring and summer. Barth finds herself taking lots of calls about baby birds. Before she makes a rescue, Barth usually asks people to send her pictures of the bird in question. She can evaluate the feathers on the bird to determine if it is supposed to be out of its nest. “Not every animal needs to be rescued,” Barth says.

She also spends time educating people about the food chain and the vibrant ecosystem of San Benito County.

“A lot of people use rodenticide to control their rodent population without taking the food chain into consideration,” she says, noting  that she often tends to wild birds of prey who have eaten poisoned rats. She is a major advocate of barn owl boxes, a natural alternative to rodenticide. She also rescues hawks and other birds of prey with injured wings after vehicle collisions.

Barth recently rescued owlets who nested inside a vacuum at Orsetti Seeds in Hollister, and worked with the owners to install an owl box to give the animals a safe place to live.

“I’ve met so many wonderful people in this community,” she says.

Barth remains in awe of San Benito County’s thriving ecosystem, where she has saved hundreds of animals. “We live in an amazing county full of fields and backroads and hillsides. And there is so much wildlife It’s plentiful out here.” Wildlife Emergency Services isn’t a large group, but they do the best they can to address the community’s needs. Barth’s rescues are supported by donations, which she accepts to cover fuel and equipment costs so she can continue her volunteer work. “I do it because I love it,.” she says.

If you’re interested learning more about Barth's work, or if you want to make a donation, send Barth a message on her Facebook page.