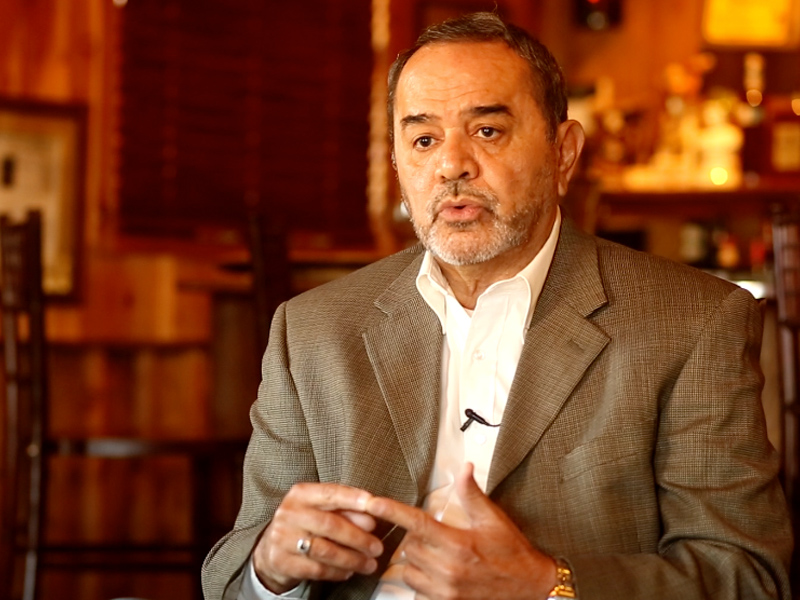 In the premiere edition of the BenitoLink Connects video interview, Hollister resident Luis Burguillo and Hollister Police Chief David Westrick speak openly about their backgrounds and how they each developed an interest in the role of law enforcement in their community. Through the lens of their life experiences, they shed light on situations they’ve encountered and bring valuable perspectives to the community of Hollister.

Aware that his questions might be taboo or controversial in a small community, Burguillo acknowledges that not everyone shares his same experiences with law enforcement. As police chief, Westrick offers insight about Hollister Police Department (HPD) policies, and also shares concerns about opinion articles that call into question its motives.

Over the last year and a half, Burguillo has posted to BenitoLink’s “Opinion” section to question and — at times — critique, some Hollister Police Department policies. In response to an article titled, “The significance of the figure 2,223 and its relationship with Measure W and the city council,” Westrick posted on his personal Facebook page and critiqued Burguillo’s assertions. In an effort to shift the conversation from social media to BenitoLink and encourage a constructive discussion, we created a platform, BenitoLink Connects, where both men can provide information and foster an open dialogue.

It’s important to note, Burguillo’s commentaries reflect his own opinions and have not been assigned or paid for by BenitoLink. Any resident of San Benito County or local public official is encouraged to submit articles. BenitoLink publishes opinion articles as long as they adhere to the site’s Terms of Service.

The following is a brief recap of our first interview series “BenitoLink Connects Burguillo and Westrick”:

Burguillo, a former congressional staffer and White House political appointee and former director of government affairs in the cities of Chicago and Washington, D.C., shares his perspective about law enforcement. He grew up in Spanish Harlem in New York City, holds a law degree from Howard University and has worked on Capitol Hill. Between the early stages of his life and today, he explains in the interview, he has emphasized the value of civil rights in making sure laws are applied equally to everybody, regardless of race, national origin, or skin color.

Burguillo explains what compels him to write about such topics. In the interview, the seven-year resident of Hollister says that during his career, he has witnessed police departments around the country become militarized after 9/11 and has seen citizens in some communities characterized as enemies. He explains the purpose of his posting opinions on BenitoLink is to improve the quality of life in Hollister and to prevent the community from becoming a police state because of, he explains, “the politics of fear and loathing.”

Westrick, a former police officer in Los Banos and Redwood City, describes his life experience as a devotion to public service. Since the early stages of his life, he has been involved in community service. In the interview, he reflects that as a resident of Hollister for the past 13 years, his dedication in giving back to his community can be seen through his involvement in Boy Scouts of America, Rotary Club of Hollister, United Way of San Benito County, Hollister Gives Back, and many other nonprofit organizations. He explains that his life experience has allowed him to understand that he moved to a place where community service is important.

Westrick shares his concerns about Burguillo’s HPD criticisms by saying it is incumbent on him to make sure that if there are people presenting information related to his agency, that the information is correct. In particular, regarding Burguillo’s claims that moving violations are a revenue-generator for police, Westrick states, “Citations are an important part of what we do in our mission because what we are trying to do at the end of the day is change driving behavior and our officers understand that.”

Regarding revenue from tickets, Westrick states, “You know we are talking less than 1 percent most of the time. Most of the time it’s less than 1 percent of 1 percent that returns back and that revenue does not go to the police department.” He elaborates that the revenue from moving violations goes to the General Fund of the city of Hollister, and clarified that none of these funds go directly to the Hollister Police Department.

Burguillo, in the interview, agrees that the HPD doesn’t get the money from moving violations directly “because they have to go through the city council and request for a budget.”

Burguillo’s articles intend to raise questions about the dramatic increase in moving violations locally over the years. In addition, he questions the need for expenditures on gadgets, cars, dog kennels, and other equipment for the police department. Burguillo has asked about the demographics of those who are being stopped and why they are being pulled over. His opinion pieces have also asked about the demographics of the police officers in the HPD and questioned how much money is being generated for the General Fund from tickets issued by police officers.

There has not been an official response to Burguillo’s claims or questions, but both Burguillo and Westrick have agreed to meet and discuss these issues together in a second sit-down interview with BenitoLink in the near future.

Editors’ Note: BenitoLink reminds the community that everyone is invited to voice their opinions and express their thoughts either through opinion pieces such as Burguillo submits or in comments on stories published on our site. Whether you’re a government official or a citizen, your opinion matters. With this in mind, BenitoLink extends an invitation for anyone to write, comment, and share your opinion.