John Chadwell chases his dream. He has been writing novels and screenplays since the late 1980s. 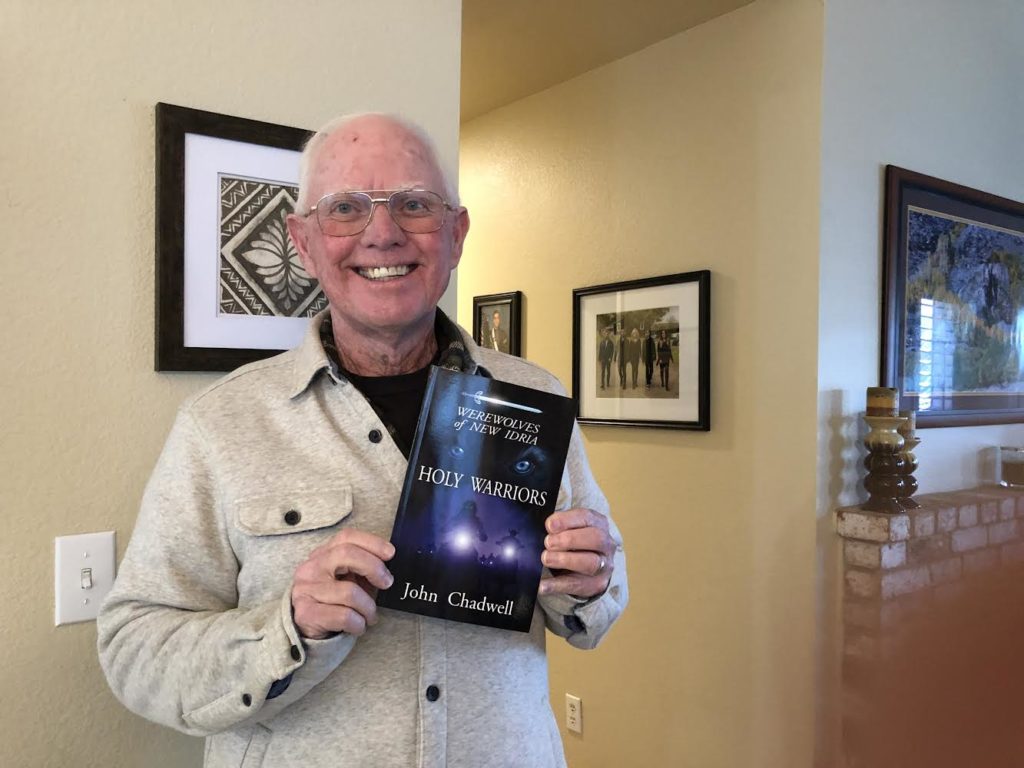 John Chadwell's book is in development to run as a TV series. Netflix is one of the production companies considering the project. Photo courtesy of John Chadwell. 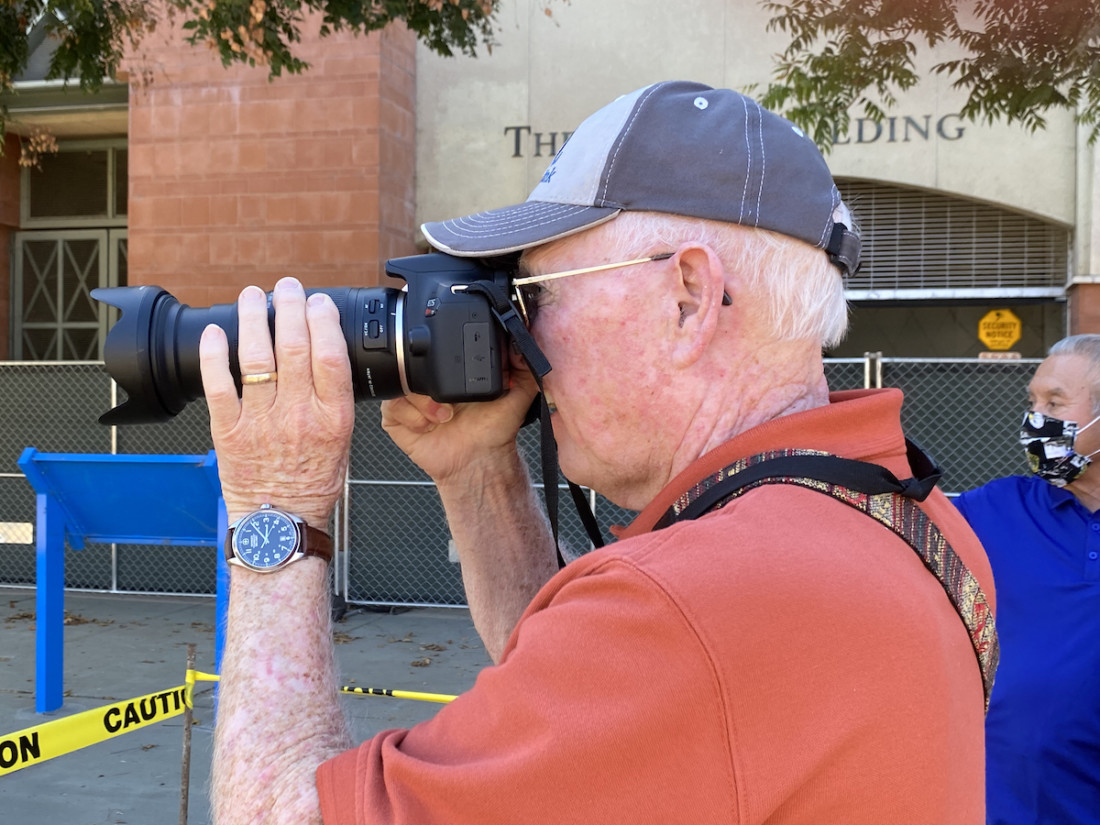 Reporter-photographer John Chadwell on assignment for BenitoLink in 2020. Photo by Leslie David 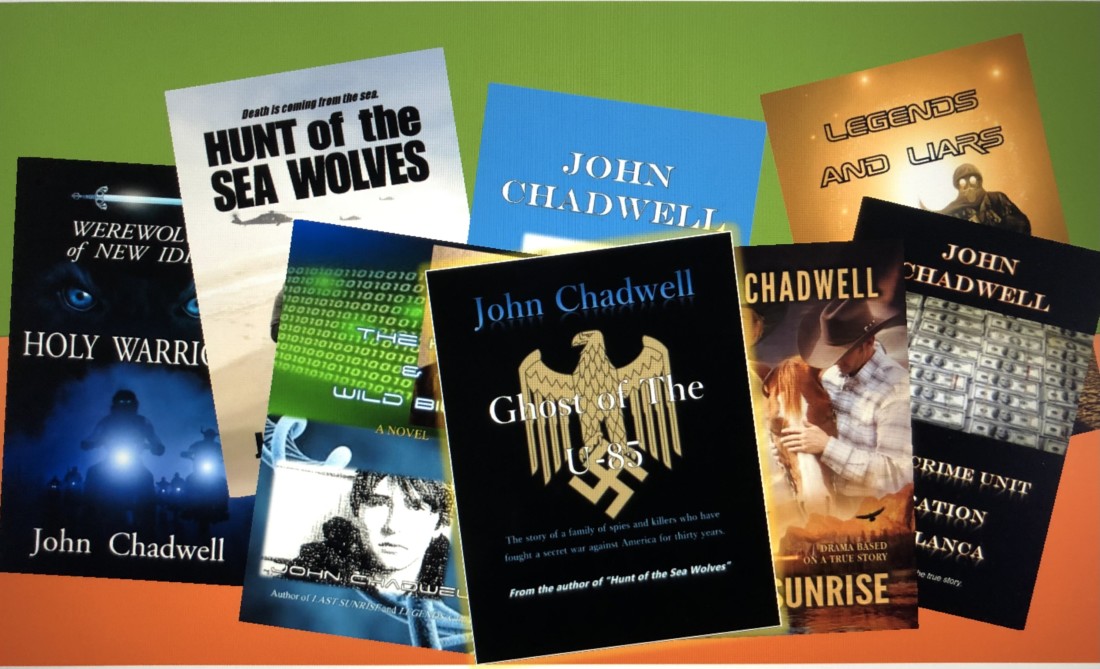 BenitoLink reporter John Chadwell has been a prominent figure in Hollister for several years. Wearing his notable Veterans of Foreign Wars cap, with a camera in one hand and a notebook in the other, Chadwell has covered some of San Benito County’s most memorable events in addition to reporting on education and local government.

Although he is best known as a reporter, Chadwell has a wide range of writing experience. He has been a copywriter, ghostwriter, scriptwriter and novelist, and has never ceased working in these areas while freelancing for BenitoLink. He has written eight novels, all of which are available on Amazon. He has also written script versions of those books.

A reporter for BenitoLink since 2015, Chadwell is taking a leave of absence from journalism to focus on another one of his stories, which he hopes will reach a wider audience. His novella, “Werewolves of New Idria: Holy Warriors,” is being pitched as a TV series to production companies and streaming services such as Netflix. The Christian-themed horror story spans a period of 900 years, beginning in the 11th century to the present day. It follows a young Spanish knight who becomes a werewolf and chooses to use his abilities for good, making him a holy warrior.

In order for the story to be developed as a film or series, Chadwell said he was advised to focus on telling the beginning of the story.

The story begins in Spain and follows the lead character, Roberto Aceves de Burgos, and his werewolf family as they settle at a ranch in New Idria, California. Chadwell set the story in the hills of New Idria, “where no ranch exists,” so audiences don’t disturb actual ranches in the surrounding area.

“I wrote this over 10 years ago, when all the vampire movies were being made,” Chadwell said. “But I didn’t want vampires, so I did werewolves. And I’m a Christian, so I thought, why don’t I make these werewolves good guys.”

Chadwell developed an interest in script writing while attending classes at the University of Southern California School of Cinematic Arts in 1979 and 1980 to become a motion picture journalist for the U.S. Navy. He had served in the Navy from 1964 to 1968, then rejoined in 1973 as a print journalist. He said USC was where the Navy and Marines would send their journalists and photographers to become motion picture journalists.

And that is when Chadwell “got really hooked on script writing.” He began to meet people in the film industry while at USC, and met other industry people while working as a freelance journalist.

Television and film actor Marshall Teague was among the people he met. Teague read Chadwell’s Werewolves of New Idria and asked to buy the rights to the book to develop it into a movie or television show. Teague then took Chadwell’s script of the book to Hollywood. They got feedback that the script should be trimmed, so Chadwell and Teague revised it.

Chadwell said one impetus for writing the script was a desire to improve the local economy.

“At the time, I was trying to help Hollister by bringing movie projects to town,” he said. “It’s a story that takes place in this area, in Hollister, in New Idria, and then in the hills. The idea was that if [a production company] made it, that they could come here to make it. That’s still the hope.”

Chadwell said that if this project doesn’t move forward, he hopes to return to reporting for BenitoLink.

“I enjoyed all my years with BenitoLink. It’s expanded my mind and it has kept me going. At 75 years old, I thank God that I still have the mind to write.”

Though he’s realized a lifetime goal by having one of his screenplays produced, Chadwell isn’t finished. “I’ve just got to give this a try,” he said.

“They called me out of the blue in early November and they wanted me to start working on this right away. I’ve been trying to get into this business since 1980—since I got out of USC—so it’s a little hard to turn it down.” 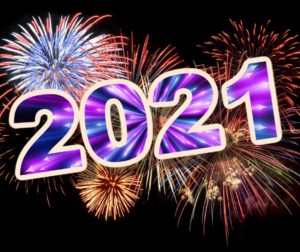 Looking back at San Benito County’s top stories of 2021

Year two of the pandemic brought vaccinations, the reopening of schools and a partial return to life before the coronavirus. 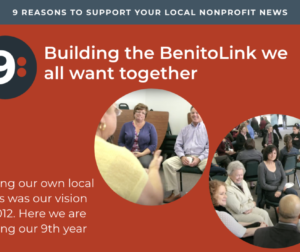 Committing to the dream

Looking back at where BenitoLink started and where it is today. 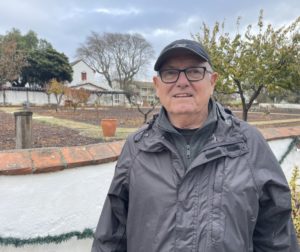 As Highway 156 traffic increases, a new generation is being called upon to walk the walk and take on the responsibility Ostdick and others like him have carried.