A once-forgotten tale of Old San Juan Bautista emerges from the shadows. 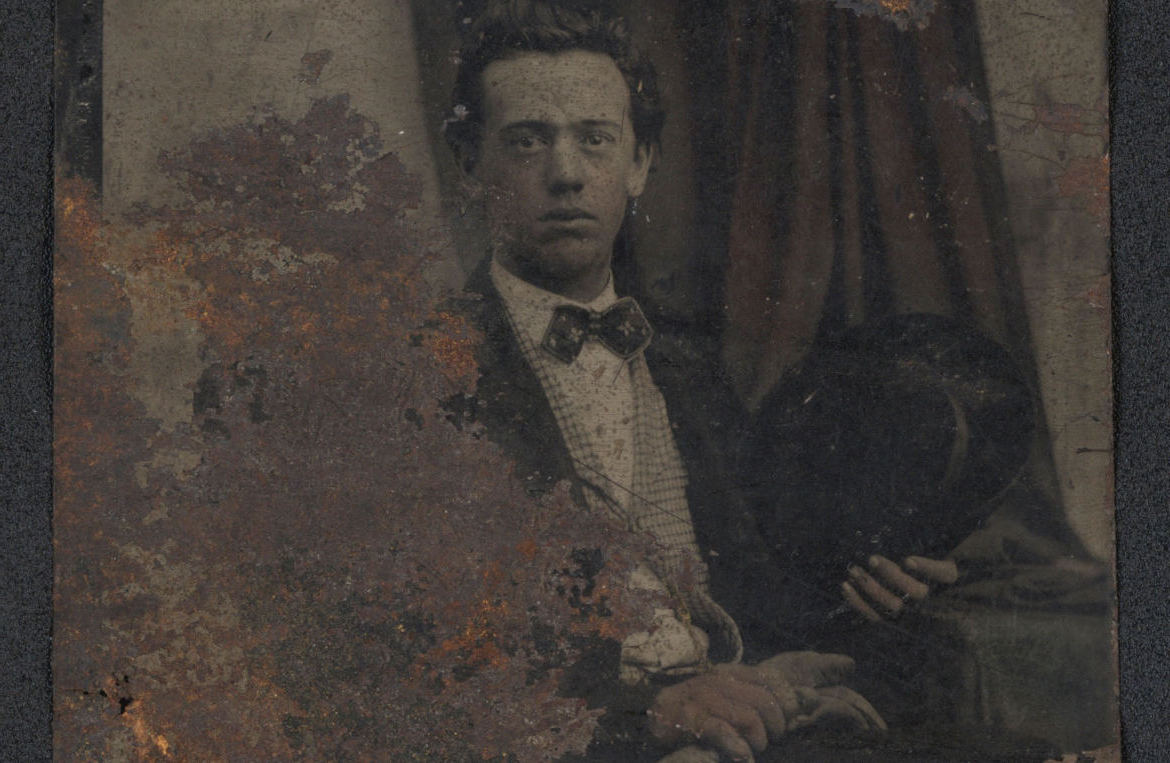 This is the first article in a two-part series and the initial offering of BenitoLink Longform, stories suited for weekend reads that can also be printed out.

On Friday, Sept. 7 at 9 a.m., Burwell Barker was shot to death by William McGarvey while reading a newspaper at Kemp’s Saloon. A quick inquest cleared McGarvey of murder charges. There was no trial.

The year was 1866. The place was San Juan Bautista. Barker was the county surveyor and justice of the peace. McGarvey was the county assessor. And things like this just kind of happened from time to time.

For the Sacramento Daily Union, in their “Record of Notable Events of the Year” published January 1, 1867, Barker’s death was yet another curious story, almost a footnote in their long collection of knifings, shootings, suicides, rapes, poisonings, hangings and accidental deaths.

Following an entry noting the sighting of a “female ghost at Con. Reilly’s old mill and other places in the vicinity of Allison Ranch,” the Union offers a single line entry: “B.B. Barker was shot and killed by W. V. McGarvey at San Juan, Monterey county.”

Reading this almanac of tragedy and disaster gives a sense of the violence of that time and place.

Barker’s life and death went largely unnoticed in the local histories, save for the violent episode that put him in his grave. That changed when grand-cousins Lee Chandler and William Barker traveled across the country to visit San Juan Bautista in 2017, looking to learn what they could about their mysterious “cousin from California.”

Their extensive research, photographs and family records, shared with BenitoLink, form the basis of this story. Their efforts and documents also shed new light on the early days of San Juan.

The road to San Juan Bautista

Burwell Branch Barker was born in the Raglands District of Granville County, North Carolina, in 1833 to Ambrose Barker and Jemima Wilson. Called Burrel by his family, He was well educated and was a school teacher in Henderson, a few miles from where he was born.

At age 19, Barker joined his uncle Charles Barker, his wife, and four children on a wagon train to Dallas that left Oxford, North Carolina, on Sept. 13, 1852.

They arrived in Dallas three months later—without their nephew, who left the group at the Texas border with no stated destination. “I have not heard anything from Burrel,” Charles wrote to Burwell’s father. “I suppose I am 200 miles north of him.”

Barker surfaced in 1856 as a teacher in the first school in Los Angeles. In 1857, he became a contributor to the Los Angeles Star, the first newspaper published in Los Angeles, and served as one of the two town constables.

It is uncertain when Barker arrived in San Juan Bautista, but by 1859 he showed up in government records as the county surveyor, an elected position, suggesting he arrived no later than 1858. On June 27, 1860, the U.S. Census mentions “B. B. Barker, 25-year-old male, Surveyor, born in North Carolina” as a “Free Inhabitant in San Juan Township in the County of Monterey.” (San Juan Bautista was known as San Juan at the time, having been changed from the original name “San Juan de Castro” after California became a state in 1850. It was part of Monterey County until 1874.)

Every week, the local newspapers ran a list of all federal, state, and local officials, beginning with Abraham Lincoln and ending with the county supervisors.

Barker is always listed as “Surveyor B. B. Barker,” appearing directly below the man who shot him: “Assessor Mr. McGarvey.”

William Victor McGarvey arrived in San Juan in 1862 after a short enlistment as a Union soldier in an Ohio regiment. By several accounts, he and Barker were friends, and they lived two blocks away from each other on large properties.

Barker was successful at his work and he shows up regularly in government reports detailing his assignments. In July 1861, for example, he is reported surveying the road from San Juan to New Idria, “and as runs from Rock Ford on the San Benito to Tres Pinos.”

In the Sept. 21, 1862 issue of the Santa Cruz Sentinel, it was reported that Barker was to “view out and locate a road leading to Blanco’s crossing on the Salinas River . . . the same to be declared a public highway.”

In an era when a house could be purchased for around $400, Barker received $239 for “his services in viewing the same and making a map thereof.” Blanco Road still exists today.

He was paid $288 for another job on Nov. 27, 1861, for “segregating swamp land.” The same document lists his assistants as B. P. Caps and O. C. Colgrove, both “chainman to Monterey surveyor,” responsible for measuring distances. They were both paid $87.50 for their work. The surveying chains belonged to Barker; they are mentioned as being valued at $5 in the probate documents.

The small map looks slightly lost and pushed aside on the 18-by-24-inch sheet. The title of the map is spelled out in clean, bold block letters, with Barker’s name standing out clearly. Beneath, in an elegant script, he certified his work and signed it in a huge expansive hand, with the three Bs in his name done in loops that suggest rolling hills.

On Oct. 8, 1864, Barker added another accomplishment as he became publisher of the Monterey County Journal, the first newspaper in San Juan.

The appearance of the paper arrived just as Union troops were being deployed to San Juan. The Civil War was still raging, and Abraham Lincoln was running for his second term, with the election just a month away.

Barker, being from North Carolina, was a “Copperhead,” a Democratic faction that opposed the war and sought an immediate end to the hostilities. His father, Ambrose, served in the Confederate Army and was killed in battle at Weldon, North Carolina, just the year before.

Democrats, Copperhead or otherwise, were in the majority at that time in San Juan and they supported General George B. McClellan, not Abraham Lincoln.

On Oct. 13, 1864, the Republican-leaning San Jose Weekly Mercury mentioned Barker’s paper, writing “Barring its Copperhead proclivities, it would be quite a readable paper . . . but for carelessness in proofreading. It manifests but little editorial ability. We are inclined to the opinion that the publishers will find it an uphill road to make a gorilla [guerrilla] journal pay expenses in the little town of San Juan.”

Despite a run of at least 70 weeks, only a single copy of the paper—the second issue, which came out Oct. 15, 1864—seems to exist in any library collection.

Elected justice of the peace

Barker had personal and professional success in town for the entire time he lived there. He held the elected office of county surveyor for eight years, was an established newspaper publisher, and on Nov. 4, 1865, the Santa Cruz Weekly Sentinel announced his election to justice of the peace, along with A. H. Whitney.

Barker was married to Margaret Lyons, the daughter of the sheriff, Aaron Lyons. Barker owned a large family estate near the cemetery as well as an office right beside the National Hotel, which was located on San Jose and Second Street, the current location of Verutti Park.

One image exists of Barker, taken in San Juan and sent home to his family in North Carolina. It is a tintype, an early photographic process that produces a mirror image of the subject. The surface of the image has been damaged and traces of delicate hand-tinting are still visible.

Barker is looking straight at the camera, eyes fixed on the lens. He is holding a black hat in one hand and a pair of heavy long gloves in the other. He is dressed in a black coat with a checkered vest and a white shirt beneath, topped with an elaborate bow tie. Everything about the image exudes self-confidence and style, as if he were trying to show the folks back home that he had made a success of himself.

‘Very quarrelsome at all times’

The image is of a well-to-do man secure in his position in the community. But outside of his official duties, Barker appears to have been a difficult man.

Isaac Mylar, in his “Early Days at the Mission San Juan Bautista,” said that “Barker was always armed with a pistol and bowie knife. He had a violent temper, and was very quarrelsome at all times, especially if under the influence of liquor.” The Sept. 10, 1866 issue of the Sacramento Daily Union described him as a “man of good character but impulsive in nature and of extremely violent temper.”

Mylar told of an episode with Barker at the Sebastopol Hotel at 213 Third Street (the current location of Daisy’s Saloon): “In the bar-room of this hotel, there was a six-pocket billiard table that had been brought around the horn in a sailing vessel, in 1855. It was around this table that [Burwell] Barker fought Frank DeBard. DeBard came out of the fracas with a cut that extended from the tip of his ear to the point of his chin. An inch lower and his throat would have been cut. It made a hideous, nasty-looking scar, that he carried through life.”

A second, more serious event is recorded in the San Francisco Daily Alta California on May 10, 1860. On May 6 around 10 p.m., there was a report of the “ominous sound of pistol shots.”

“Mr. B. B. Barker was sitting by the stove in the National Hotel when one Brondy came up behind him and without the slightest provocation or warning, commenced an assault on him. Barker jumped up, and, drawing his pistol, fired two or three shots, hitting Brondy, and inflicting a severe wound and, unfortunately wounding a bystander also.”

The bystander, identified as “Mr. J. Collins,” was shot in the thigh and “very much hurt.” The article goes on to say that “Brondy, the cause of this unfortunate event, is, or was, a teacher of dancing, and assigns no other reason for proceeding as he did than he heard Barker had been talking about him.”

Barker was 27 at the time, with only six years left to live.

Time was running out for Burwell Branch Barker, and it started the day he buried $2,020 worth of gold coins in his garden before leaving on a trip to San Francisco.

To be continued in Part Two.

BenitoLink is grateful to Barker’s grand-cousins Lee Chandler and William Barker for their generous assistance with interviews and source material for this article. Thanks also to Wanda Guibert of the San Juan Bautista Historical Society, Mary Anzar, and Marcos Vizcaino at the San Juan Bautista State Park for providing historic context, documents, and information. 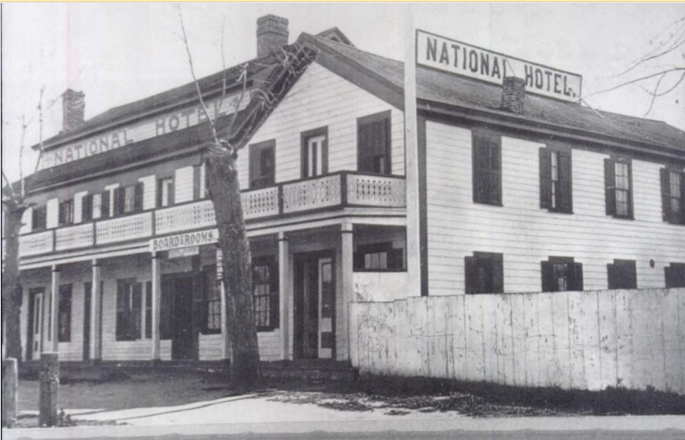 The struggle to survive a deadly disease in 1868.

The conclusion of a tragic tale of Old San Juan Bautista. 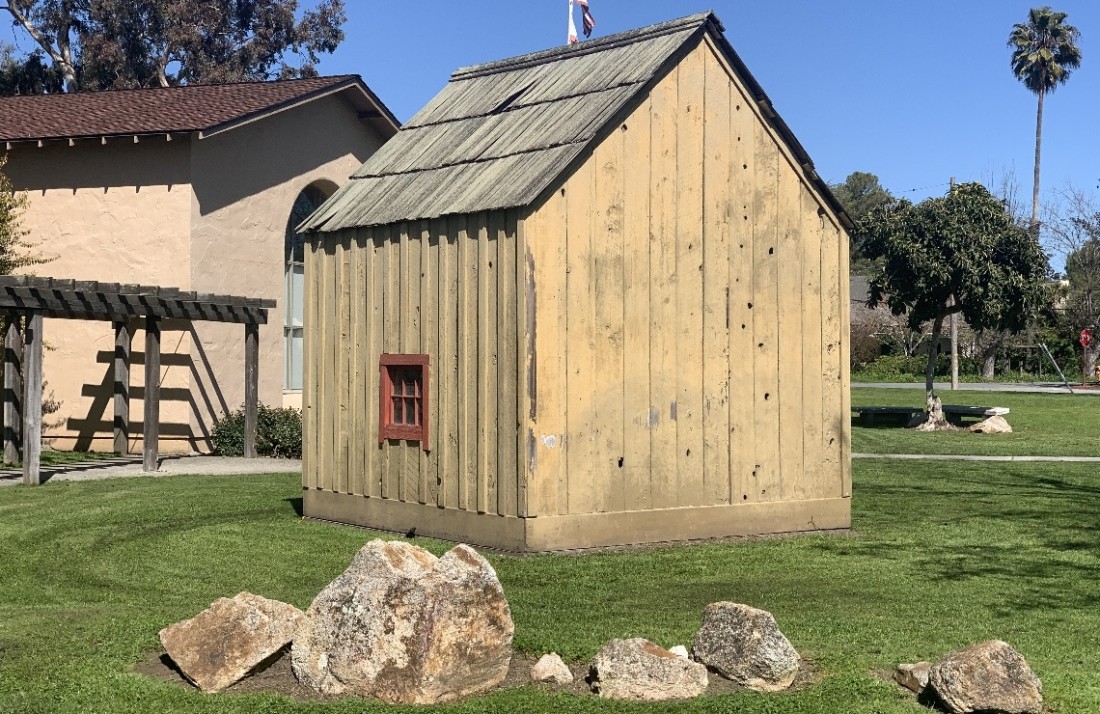