This BL Special Report shares recent research on roundabouts and why they are being used more throughout California. One is planned for the intersection of Highways 25 and 156. 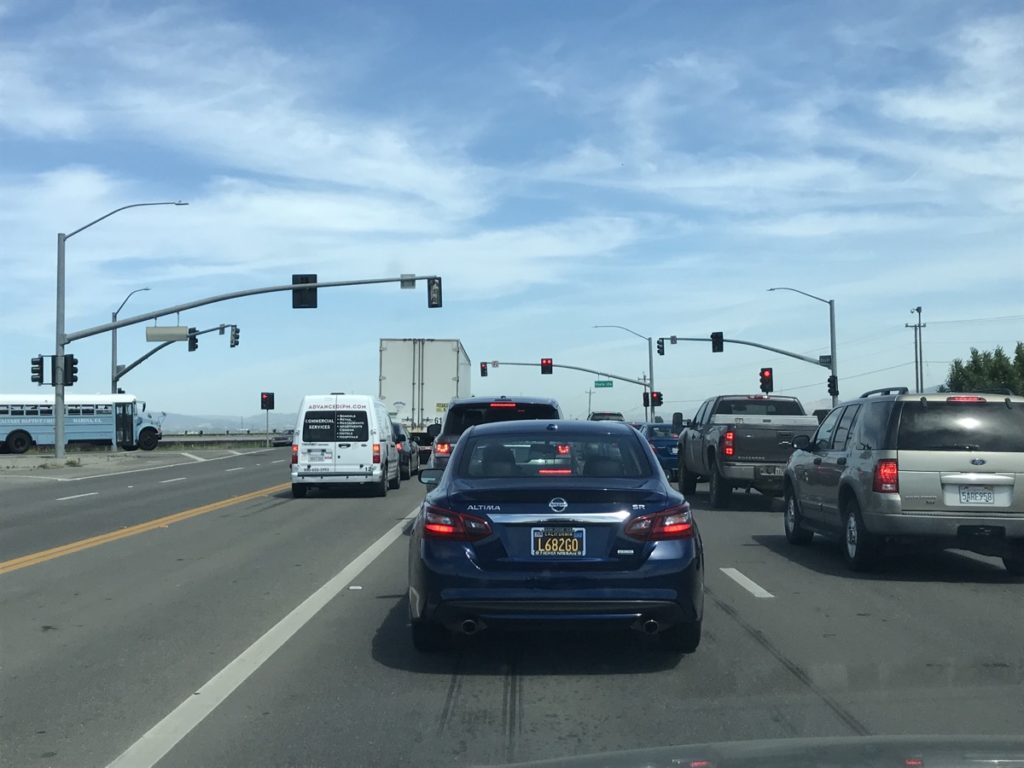 Preliminary design for the proposed roundabout at Highway 25 and 156 intersection. Image courtesy of Caltrans.

For the past several years up and down California, Caltrans and local municipalities have been proposing roundabouts as a way of dealing with ever increasing traffic concerns. In some cases, roundabouts have gone through and been successful. A roundabout on Highway 68 in Monterey, for example, is praised for eliminating traffic congestion and increasing safety, and there are plans for more in the stretch between Monterey and Salinas.

Others are not so successful. In Solana Beach, 22 miles north of San Diego, residents complained so bitterly that the city council ultimately decided to scrap plans for several roundabouts along a busy road.

Recently, Caltrans held a public meeting in Hollister to share plans for a roundabout at the intersection of Highways 25 and 156. Residents’ responses to the meeting itself were not positive, as reported in BenitoLink. For this reason, BenitoLink will try to answer a few common questions about roundabouts that might also apply to this project.

First is the basic issue of safety. There is some disagreement about how to capture information about the safety of roundabouts. Nonetheless, it’s generally accepted that they are safer than traditional intersections. According to the Washington State Department of Transportation, there are 37% fewer overall collisions at roundabouts, and a 90% reduction in fatalities. Citing international research on the subject, The Record, a Canadian news service, claims that there are actually more collisions at roundabouts (as of 2010), but that fatalities and injuries are reduced. Brandy Rider, project manager with Caltrans who is assigned the 25/156 roundabout project, told BenitoLink that safety is the primary reason this roundabout is being proposed.

“This is really what our focus is, the reduction of fatalities,” she said.

There are several reasons why roundabouts are considered safer. Building on a segment of MythBusters, Nexstl.com, an online news service in St. Louis, Missouri, created an informative graphic showing that on a roundabout there are only eight potential crash points as opposed to 32 at a regular four-way intersection. In addition, Nextstl says, drivers go much slower and only have to pay attention to traffic coming from one direction, the left, rather than having to look for cars from the left, right, and even from head on.

Freight trucks and other large vehicles using roundabouts were a concern in Encinitas, just a few miles north of Solana Beach, and are likewise a concern for San Benito County. To accommodate large vehicles, roundabouts include a “truck apron” as part of the center island. While it is paved, it is not generally part of any of the roundabout’s lanes. Instead, as a semi makes the turn through the roundabout, its wheels can go into the apron and therefore allow for a wider turn radius. Does the design Caltrans proposed at the Highway 25-156 intersection include enough of a skirt to accommodate the size and number of trucks that would use the roundabout?

Rider said yes. She explained that the intersection will have sufficient signage as drivers approach the roundabout and that the “way you enter it, the way the aprons curve in, slows people down.”

It can take months for a roundabout to be constructed, so what happens to commuter and commercial traffic in the meantime? The Highway 68 roundabout in Monterey is a successful example, having won an award from ENR California. They created an interagency task force including first responders, hospital representatives and other stakeholders to review the work on a regular basis and coordinate multiple road closures and detours.

A team at MIT has proposed a whole new concept called “slot-based intersections” that involves sensor-laden vehicles communicating with each other and moving through the intersection only when they have a slot.

That may be the future, but for now national organizations such as the Federal Highway Administration and AARP recommend the use of roundabouts. In their Livability Fact Sheet about roundabouts, AARP says that building community support and enthusiasm around the project is essential. In this respect, the recent Caltrans meeting may not have helped win public support. According to Rider, there is more outreach planned for the project that will help drivers understand how to merge and yield. As the project moves forward,  there is no plan for an interagency task force, but Rider said San Benito County residents can expect a public awareness campaign. 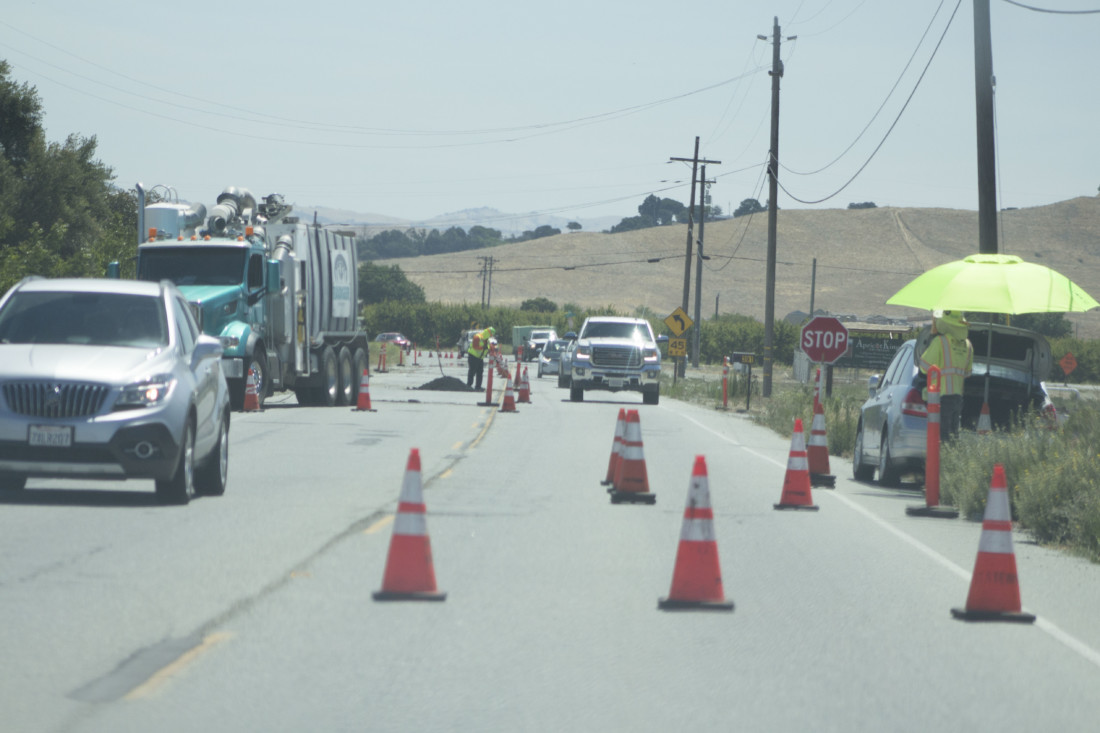 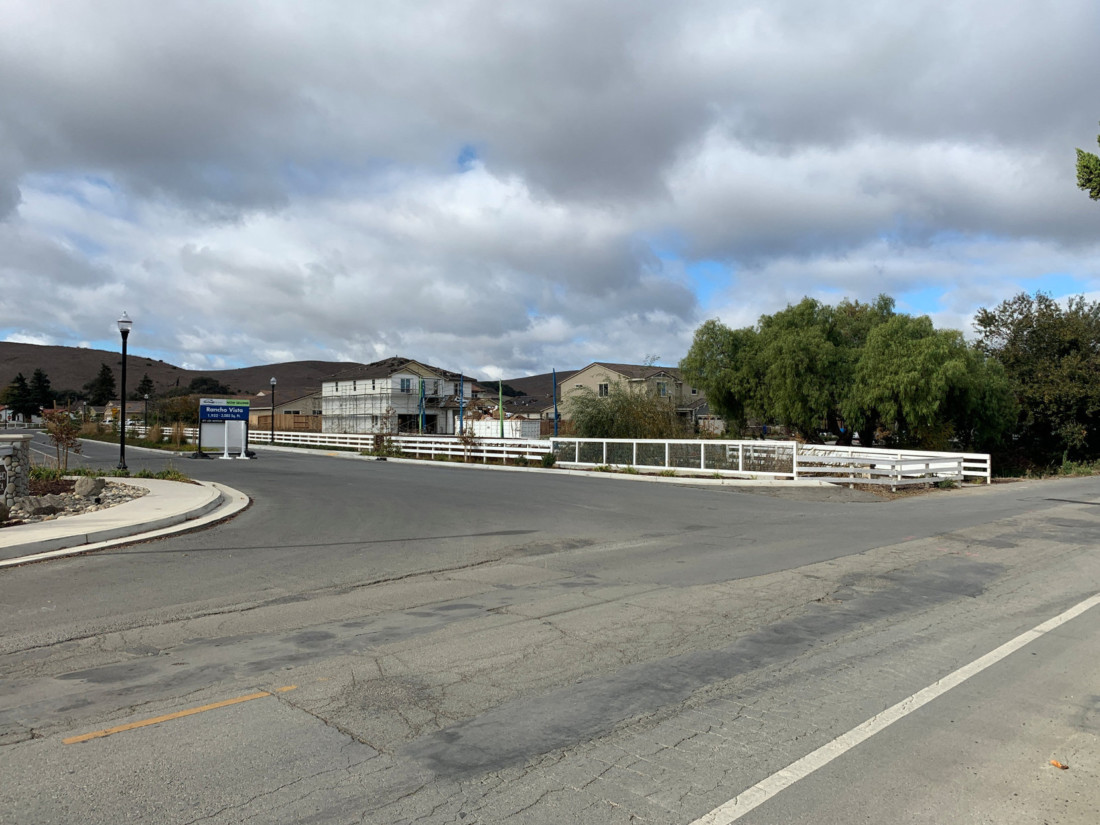